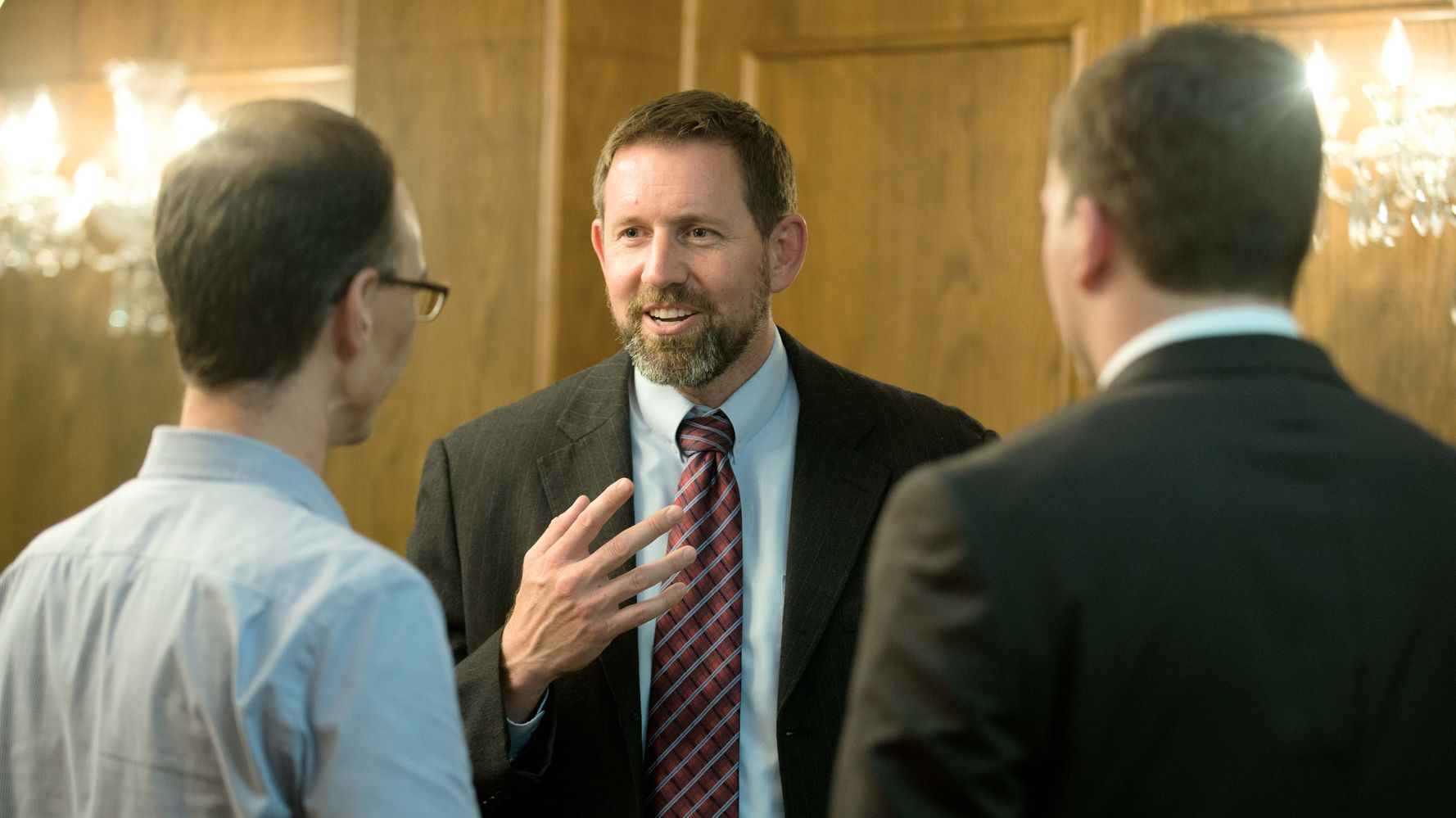 A Trump administration judicial nominee ― who was upbraided in an American Bar Association evaluation as “arrogant, lazy,” and “an ideologue” ― broke down in tears during a confirmation hearing when facing questions about how he would treat the LGBTQ community.

Lawrence VanDyke, who is being considered for a seat on the U.S. Court of Appeals for the 9th Circuit, was overcome with emotion while appearing before the Senate Judiciary Committee Wednesday as he was asked about ABA’s letter. After interviews with 60 people including 43 lawyers and 16 judges, the organization found that VanDyke’s colleagues reported that he “would not say affirmatively that he would be fair to any litigant before him, notably members of the LGBTQ community.”

“I do not believe that,” he told lawmakers, while choking up. “It is a fundamental belief of mine that all people are created in the image of God and they should all be treated with dignity and respect.”

VanDyke attempted to assure the committee that he would be fair to all litigants, regardless of sexuality.

“I would not have allowed myself to be nominated for this position if I did not think I could do that,” he said.

Lawrence VanDyke, Trump’s nominee to the U.S. federal judiciary, breaks down at a Senate committee hearing after being questioned about his views on the LGBTQ community pic.twitter.com/qQyk3YZZAE

The ABA review, released Tuesday by its Standing Committee on the Federal Judiciary, determined that VanDyke was unqualified for the position, finding that those who know the nominee criticized him as “lacking in knowledge of the day-to-day practice including procedural rules.”

“There was a theme that the nominee lacks humility, has an ‘entitlement’ temperament, does not have an open mind, and does not always have a commitment to being candid and truthful,” the assessment read. Furthermore, it raised concerns over “reports that his preparation and performance were lacking in some cases in which he did not have a particular personal or political interest.”

Montana Attorney General Tim Fox has since spoken out in support of VanDyke, claiming that the ABA “falsely slandered a good man’s reputation” and arguing that he “is well qualified to be confirmed.”

Former Nevada Attorney General Adam Laxalt also defended VanDyke, contending that complaints about the nominee “could not be more false.”

“He brought to his position an unsurpassed work ethic, a brilliant mind, and a dexterity that enabled him to craft the most persuasive legal arguments in challenging cases,” Laxalt said in a statement. “His record of success demonstrates this in countless cases.”

VanDyke is a former solicitor general of both states.

During his hearing, Sen. Dianne Feinstein (D-Calif.) cited VanDyke’s endorsement of a same-sex marriage ban in Nevada, and Sen. Patrick Leahy (D-Vt.) pointed to VanDyke’s 2004 op-ed for The Harvard Law Record in which he claimed that there is “ample reason for concern that same-sex marriage will hurt families, and consequentially children and society.”

Addressing his past remarks, VanDyke told lawmakers that his “personal views have definitely changed since 2004” and that “they wouldn’t play any role” in his work.

Aside from his beliefs on LGBTQ rights, VanDyke’s position on guns also received significant attention at the hearing.

Feinstein cited his effort to defend a Montana statute that sought to bar the federal government from regulating firearms manufactured in the state as long as they remained within its borders. Though VanDyke admitted in an email at the time that he was “having trouble coming up with any plausible (much less good) arguments,” he reached out to the Federalist Society, a high-powered organization of conservative lawyers, for help shaping his response.

Appearing to further question VanDyke’s impartiality, Sen. Richard Blumenthal (D-Conn.) pressed him on his current National Rifle Association membership. VanDyke eventually told Blumenthal he would cancel it if he were confirmed to the bench.

He also disclosed that he is a member of the International Defensive Pistol Association, which he said allows him to enter shooting competitions.

President Donald Trump has so far appointed 157 federal judges, at roughly the same rate as former Presidents George W. Bush and Bill Clinton. The vast majority of Trump’s appointments are white and male, and their service will outlast his tenure by decades.