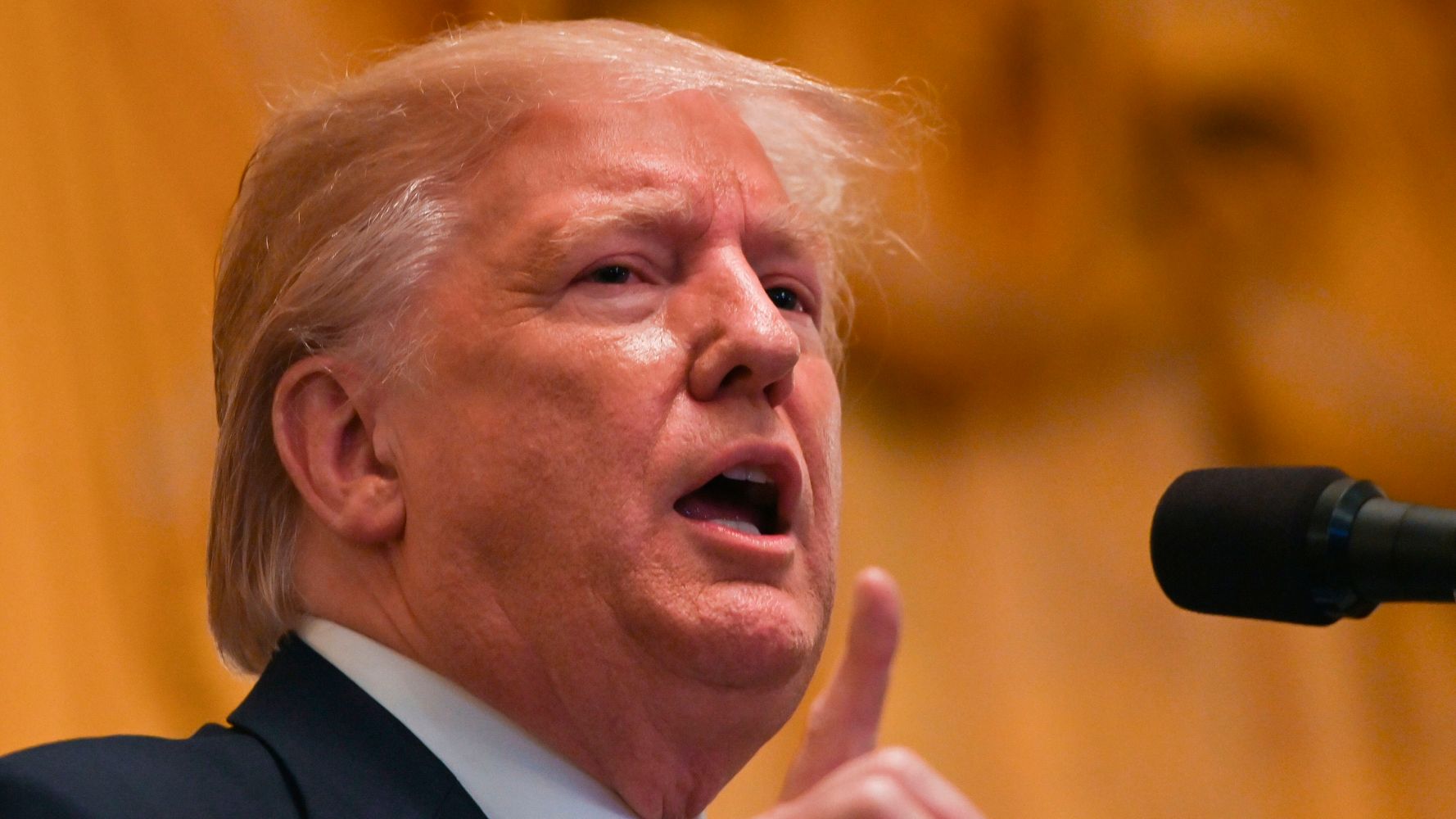 The outlet cited five individuals familiar with the plan, some of whom described it as an effort to downsize the administration’s foreign policy arm under Robert O’Brien, who was named national security adviser last month.

The request was reportedly shared this week with senior NSC officials by both O’Brien and acting White House Chief of Staff Mick Mulvaney.

The White House did not immediately return HuffPost’s request for comment on the matter.

The news comes amid mounting scandal over Trump’s July phone call with Ukrainian President Volodymyr Zelensky, during which he pressed Zelensky repeatedly to assist lawyer Rudy Giuliani and Attorney General William Barr with a corruption investigation of former Vice President Joe Biden and his son, Hunter Biden, based on unsubstantiated accusations.

A whistleblower complaint filed in August by a member of the intelligence community states that Trump was essentially asking Ukraine to meddle in the  2020 election by investigating a political rival. There remains no evidence of wrongdoing on the part of the Bidens.

The complaint also states that “multiple White House officials” said a transcript of the call was stored in a computer system managed by the NSC Directorate for Intelligence Programs, which is “reserved for codeword-level intelligence.”

“According to information I received from White House officials, some officials voiced concerns internally that this would be an abuse of the system and was not consistent with the responsibilities of the Directorate for Intelligence Programs,” the complaint reads. “According to White House officials I spoke with, this was ‘not the first time’ under this Administration that a Presidential transcript was placed into this codeword-level system solely for the purpose of protecting politically sensitive ― rather than national security sensitive ― information.”

Texts released on Thursday and published by The Washington Post give further insight into the role of Giuliani, American diplomats and Zelensky aide Andrey Yermak in facilitating Trump’s communication. In one message, U.S. Ambassador to the European Union Gordon Sonland mentioned NSC Senior Director Tim Morrison, though no specifics about Morrison’s potential knowledge of the efforts are provided.