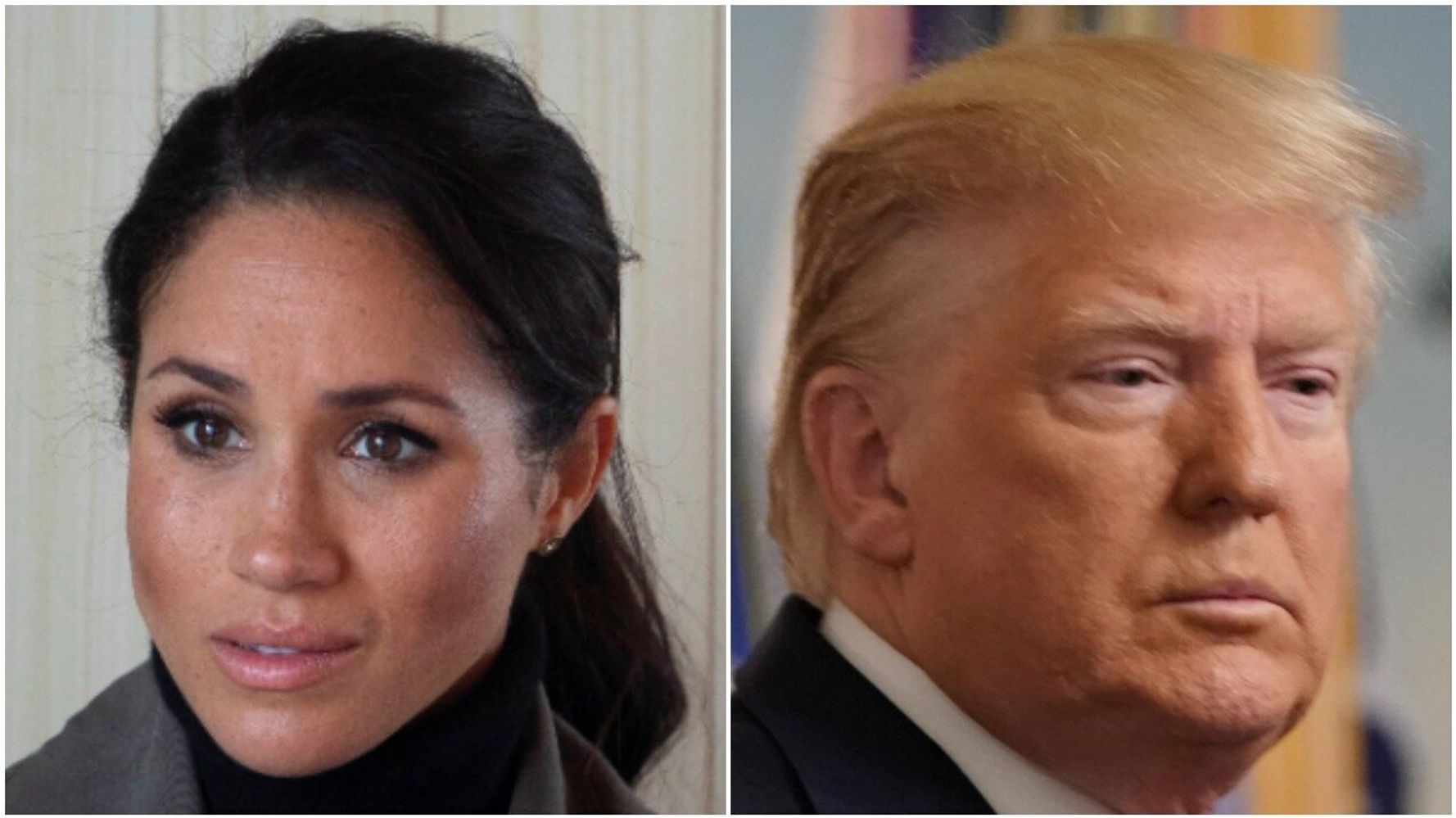 When asked if he felt sorry for Meghan Markle over the bad press she receives, President Donald Trump said he “can understand” the Duchess of Sussex.

The president called in to British radio station LBC for an interview Thursday with Brexit Party leader Nigel Farage, as the U.K. reached the now-postponed Brexit deadline.

Farage, who hosts the LBC show, asked Trump ― as someone who Farage said has faced “more tough press and perhaps unfair press than anybody else alive” ― to weigh in on Meghan’s harsh media coverage.

“I’ve been watching her interviews and I’ve seen it and she has been taking it very personally,” Trump answered, referring to a recent ITV documentary in which the duchess opened up about dealing with the invasive British tabloids since her marriage to Prince Harry.

“I guess you have to be a little bit different than that, but she takes it very, very personally. I can understand it,” Trump said.

“We had something that was so incredible,” Trump gushed about meeting Harry when he visited Buckingham Palace in June. “Now that was months ago ― how time flies.”

Harry reportedly gave the president a rather frosty reception during that visit, which followed an interview in which the president infamously described Meghan as “nasty.” Trump made the remark upon being told that she had once said she would leave the U.S. if he was elected president because he was “misogynistic” and “divisive.”

The president later walked back his remarks, saying Meghan was “very nice” and “I hope she enjoys her life” while also reiterating that she was “nasty to me.”

Trump and the duchess did not meet during his latest U.K. visit. She was on maternity leave at the time.

At the start of October, Harry announced that the couple was filing a lawsuit against the Mail on Sunday for publishing a private letter between Meghan and her estranged father. He said the “ruthless” British tabloid coverage of his wife was taking a painful human cost on his family.

Others have come to the duchess’ defense in the wake of the lawsuit, including Rep. Alexandria Ocasio-Cortez (D-N.Y.), who, having had her own share of unfair press, said she felt “an enormous amount of empathy” for Meghan.

Former Secretary of State Hillary Clinton has also spoken out, describing the media behavior toward Meghan as “inexplicable” and highlighting race as a potential factor in her mistreatment by the press.