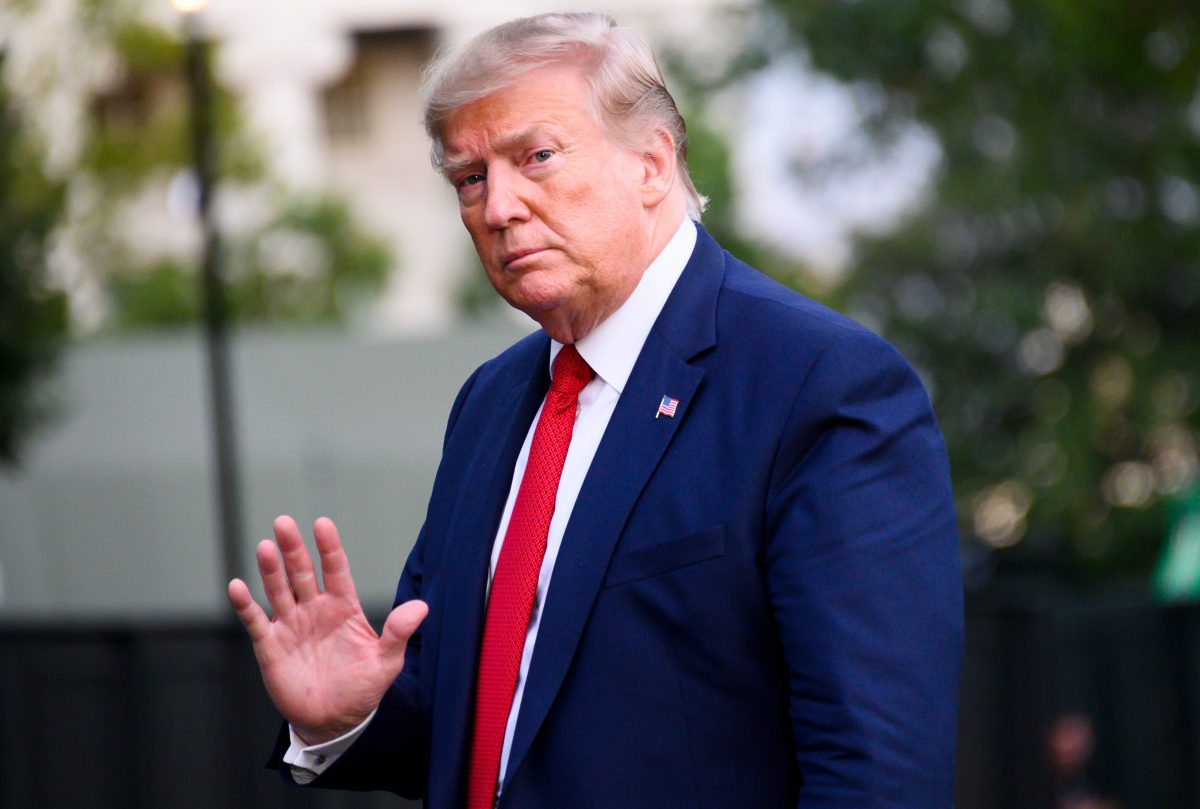 Trump said Manigault Newman, who served as the White House communications director of the Office of Public Liaison, used her time in the White House to get “some cheap money from a book.”

“I gave her every break, despite the fact that she was despised by everyone, and she went for some cheap money from a book,” he wrote on Twitter on Aug. 31.

…Yes, I am currently suing various people for violating their confidentiality agreements. Disgusting and foul mouthed Omarosa is one. I gave her every break, despite the fact that she was despised by everyone, and she went for some cheap money from a book. Numerous others also!

It’s not clear who the others he’s allegedly suing are. The White House didn’t respond to a request for comment.

Manigault Newman was fired in December 2017 after she recorded and publicized private conversations she had with former White House Chief of Staff John Kelly.

Last August, the Trump campaign reportedly filed for arbitration against her for violating a non-disclosure agreement she signed then violated with her book “Unhinged.” It’s not clear if the lawsuit Trump referred to in his Aug. 31 Twitter post is the same.

Donald J. Trump for President did not return an emailed request for comment by the time of publication.

A former contestant on “The Apprentice,” Manigault Newman worked on both Trump’s 2016 election campaign and in the White House.

In June, the Justice Department filed a $50,000 lawsuit against her, alleging she failed to file a financial disclosure agreement after she left the White House, despite being reminded.

Her attorney said she was unable to do so because she couldn’t get access to records she left at the White House, which were seized after she was fired.

The comments on Manigault Newman and other staffers come after Trump said he didn’t think he would need to enforce a confidentiality agreement with former White House aid Madeleine Westerhout, who abruptly left the White House Aug. 29.

While Madeleine Westerhout has a fully enforceable confidentiality agreement, she is a very good person and I don’t think there would ever be reason to use it. She called me yesterday to apologize, had a bad night. I fully understood and forgave her! I love Tiffany, doing great!

Trump said she “mentioned a couple of things about my children” during an off-the-record conversation with reporters, before he accused reporters of breaking the off-the-record agreement.

She called him about the incident and was “very upset” and “very down,” he said.

“But she’s a very, you know, good person.  And I thought—I always felt she did a good job.”