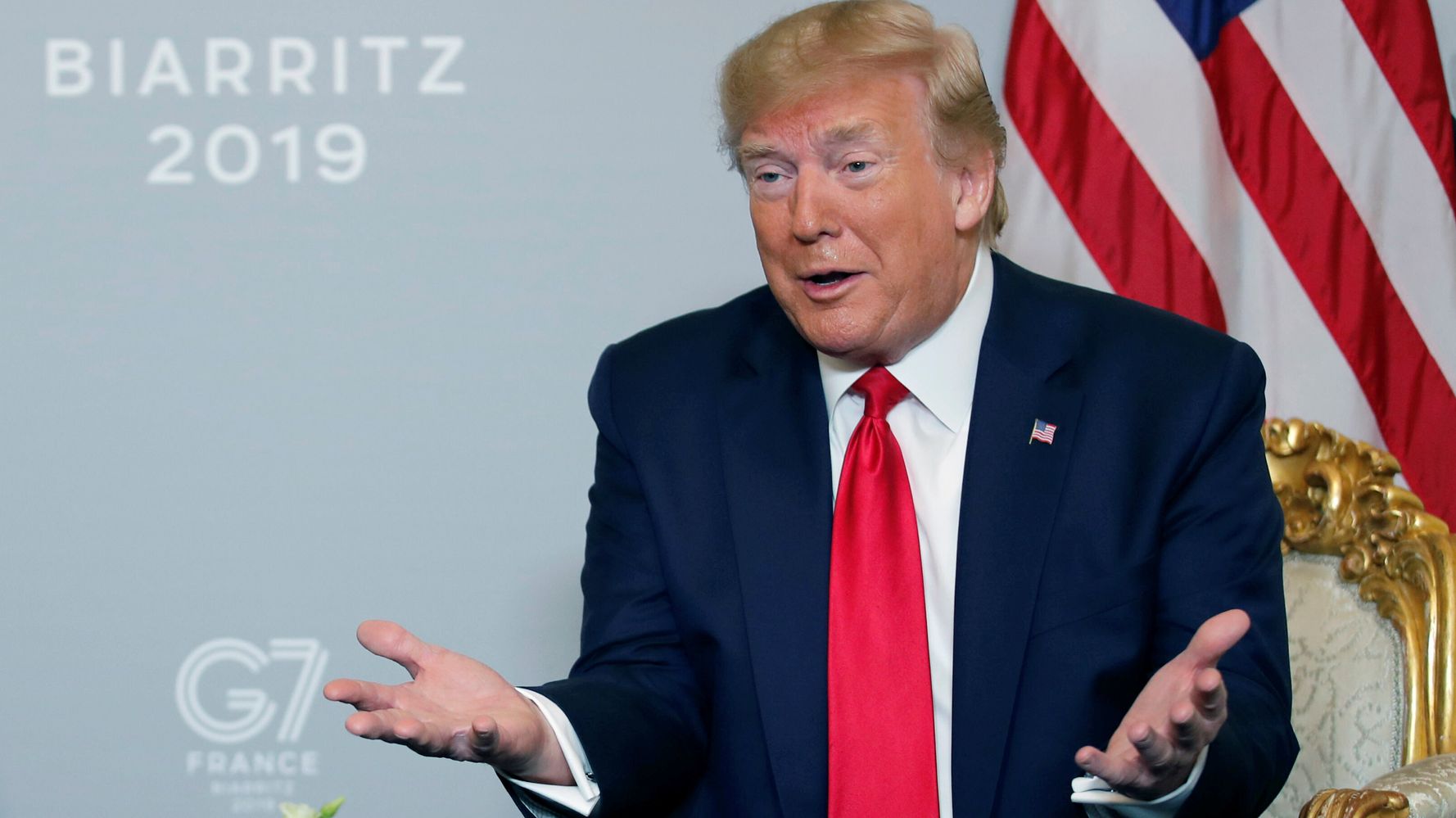 President Donald Trump seriously does not want you to think he suggested bombing hurricanes.

He vehemently denied the claim for a third time on Tuesday, after Axios dropped a scoop Sunday that said multiple anonymous sources from the White House had attested to hearing the president make a suggestion to “nuke” hurricanes in order to prevent them from making landfall.

The reporting offered detailed examples of the conversations and briefings in which they took place ― and one source described the aftermath of the remarks being characterized by general astonishment. “What the fuck? What do we do with this?” they reportedly said following the briefing.

“Axios (whatever that is) sat back and said GEEEEE, let’s see, what can we make up today to embarrass the President? Then they said, “why don’t we say he wants to bomb a hurricane, that should do it!” The media in our Country is totally out of control!” Trump tweeted on Tuesday, following two other tweets in the days prior also denying the assertion.

Just returned to Washington from France and the very successful G-7, only to find that the Fake News is still trying to perpetuate the phony story that I wanted to use Nuclear weapons to blow up hurricanes before they reach shore. This is so ridiculous, never happened!

The story by Axios that President Trump wanted to blow up large hurricanes with nuclear weapons prior to reaching shore is ridiculous. I never said this. Just more FAKE NEWS!

On Monday, Axios journalist Jonathan Swan had tweeted a response to maintain that he stood by both his reporting and sourcing.

I stand by every word in the story. He said this in at least two meetings during the first year and a bit of the presidency, and one of the conversations was memorialized. https://t.co/5qs8o1k4QS

As ridiculous as the idea may seem, the concept of detonating a nuclear bomb in the eye of a hurricane has been floated before. The Hurricane Research Division of the National Oceanic and Atmospheric Administration (NOAA) has even published a report debunking this particular “tropical cyclone myth,” stating that the science simply did not add up.

“Apart from the fact that this might not even alter the storm, this approach neglects the problem that the released radioactive fallout would fairly quickly move with the tradewinds to affect land areas and cause devastating environmental problems,” the report said.

“Needless to say, this is not a good idea.”

Trump again put the story down to the malicious intentions of the “fake news,” saying that the media was “totally out of control.”

Fact-checking organization Snopes weighed in on the Axios story, rating the story as “unproven” due to its inability to independently verify the claim with the anonymous sources cited in the story.

Swan’s report cited one source as saying they had heard the remarks during a briefing on a National Security Council memorandum in which the comments were recorded.