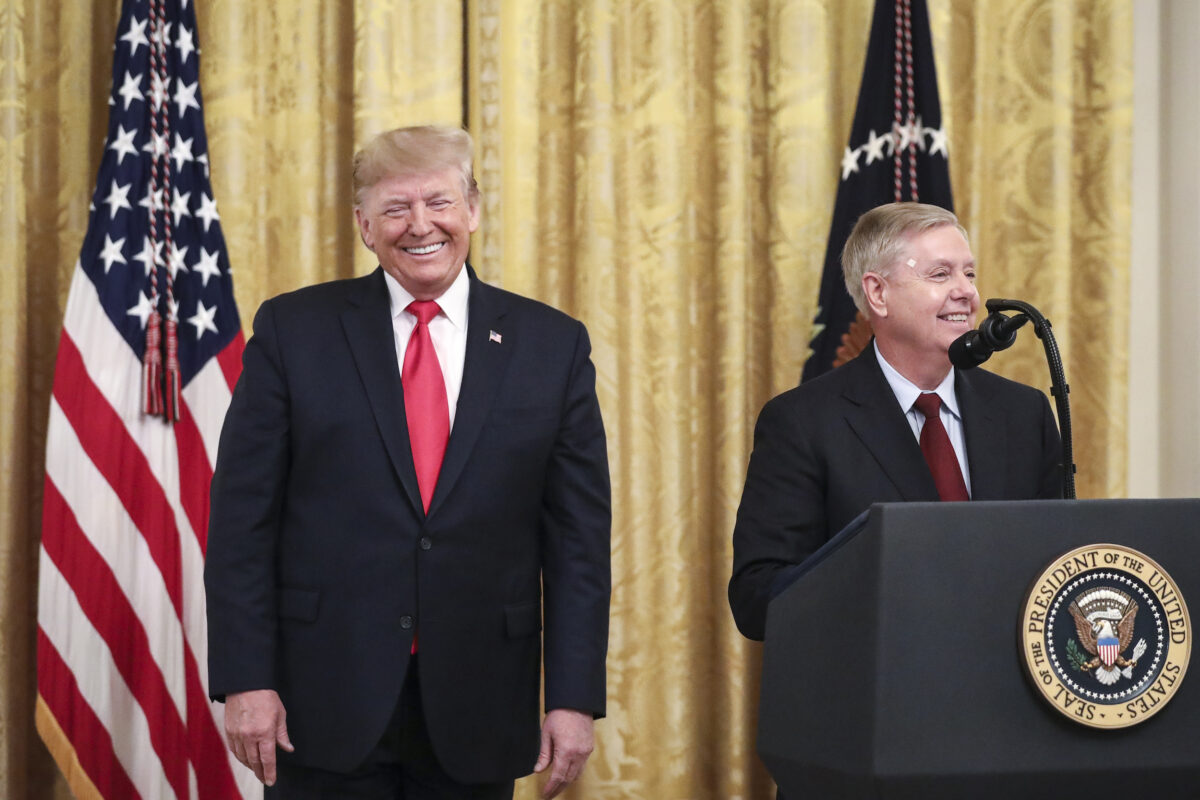 WASHINGTON—President Donald Trump highlighted the confirmation of more than 150 federal judges under his administration, during a speech at the White House on Nov. 6 in which he described the number as a “profoundly historic milestone” and a “truly momentous achievement.”

Trump said that he expects that number to reach about 182 in the next two months. Federal judges are nominated by the president and then must be confirmed by the U.S. Senate. Under Article III of the U.S. Constitution, federal judges hold a lifetime appointment and can only be removed from office through impeachment.

“They will uphold our constitution as written,” Trump said, referring to the appointed federal judges. “These distinguished men and women are some of the most gifted scholars, respected jurists, and finest legal minds ever placed on the federal bench.”

“Together, we are restoring American freedom, defending American justice, and preserving the extraordinary vision of our Founding Fathers.”

During his remarks, Trump gave a shoutout to Senate Majority Leader Mitch McConnell (R-Ky.) and invited him to stand up, to applause. Trump also thanked a number of Republican senators, as well as Vice President Mike Pence and Attorney General William Barr, who also attended the event.

“I’ve always heard actually that when you become president, the single most important thing you can do is federal judges. … Based on that, I think there’s nobody that’s done a better job ever than Senator Mitch McConnell,” he said.

“Generations from now, Americans will know that Mitch McConnell helped save the constitutional rule of law in America.”

Trump also warned about judges assuming the role of a legislator, saying that would threaten the rights of all citizens.

“In other words, the impartial and objective judge who is a faithful servant of the law is essential to the survival of American liberty,” he said.

According to the White House, approximately 1 in 4 active judges on the U.S. Courts of Appeals has been appointed by Trump. The appointments have also tipped the balance in some courts, including the flipping of the U.S. Court of Appeals for the 3rd Circuit from a Democratic-appointed majority to a Republican-appointed majority. Both the 2nd and 11th circuits are likely to flip by the end of this year, the White House said.

In contrast, former President Barack Obama nominated 55 circuit judges, who were confirmed over the eight years of his administration.

The president invited McConnell to say a few words.

McConnell said: “I’m reminded of Election Night, when I realized that not only had [Trump] won, but we had taken the House, we held the Senate, and this was going to be one of those unusual periods where Republicans had all three branches.”

He noted that Republicans have held power in all three branches of government for only 20 years of the past 100.

“We got the chance to set the agenda, an opportunity to move the ball in the right direction,” McConnell said, referring to the current administration. “What’s the most important thing? Clearly, it was the Supreme Court.”