Ukraine Complaint Is Anomaly in System That Repeatedly Failed Whistleblowers 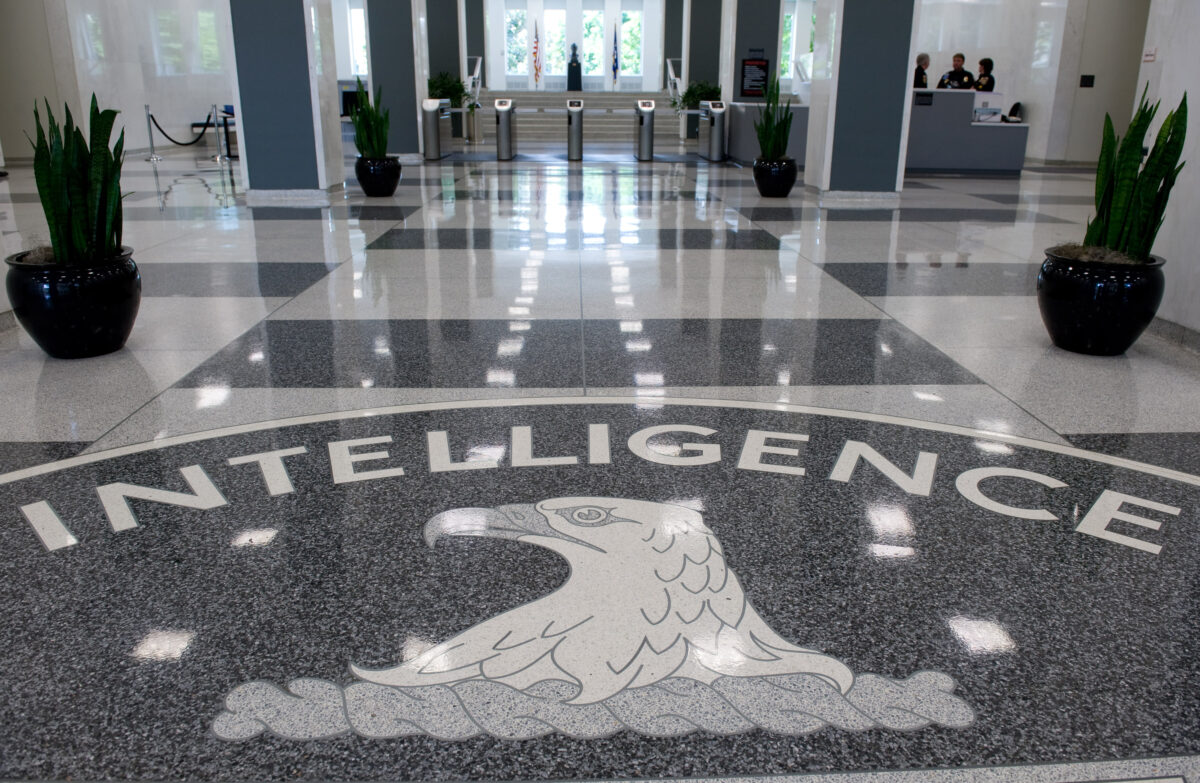 When the whistleblower who triggered the current presidential impeachment inquiry submitted his complaint on Aug. 12, Intelligence Community Inspector General (ICIG) Michael Atkinson acted promptly to investigate the complaint and escalated it to the director of national intelligence within the timeline prescribed by the law.

Although Director of National Intelligence Joseph Maguire missed the deadline to forward the complaint to Congress, the delay was brief. Maguire made the complaint public on Sept. 26, just 45 days after the whistleblower originally filed the complaint. While six weeks may seem like a long time for a complaint that Atkinson determined to be “urgent” and appeared “credible,” it would seem fast-tracked to scores of whistleblowers in an intelligence community that repeatedly failed to protect them.

Intelligence community whistleblowers who said they faced reprisals at the hands of their bosses for filing complaints have waited an average of 742 days to have their cases completed, according to a report obtained by nonprofit Project on Government Oversight.

Of the 190 complaints reviewed from fiscal year 2010 through fiscal year 2016, the government sided with the whistleblower in only one instance, according to sources who spoke to The Daily Beast, which reported on Feb. 11, 2018, that the ICIG had buried the report. A former ICIG employee who had worked on the report confirmed its existence to The Epoch Times.

The anonymous whistleblower’s complaint about President Donald Trump’s call with Ukrainian President Volodymyr Zelensky stands out as an anomaly compared to the cases of the nearly 200 whistleblowers who not only faced retribution after duly filing their complaints, but have had to wait for an average of more than two years after they complained about the reprisals.

“Specifically, the DHS IG determined that the CIA OIG opened a ‘retaliator investigation’ against [Bakaj] because of [his] cooperation with an ICIG official,” the investigative summary from the DHS IG stated. Bakaj’s name is redacted in the summary but his attorney, Mark Zaid, has confirmed that Bakaj is the former CIA official named in the summary. Like Bakaj, Zaid is a lawyer for the Ukraine whistleblower.

Former ICIG Charles McCullough forwarded Bakaj’s complaint to the DHS IG in February 2016. From the time he was removed from the CIA IG’s office, Bakaj waited for more than five years for his case to be resolved. Notably, Bakaj faced reprisal for blowing the whistle on evidence manipulation at the CIA IG’s office.

In cases that aren’t embarrassing to the intelligence community higher-ups, the inspector general investigations appear to move much more swiftly. When the CIA caught a whiff in 2012 that a cabal of contractors was exploiting a network glitch to steal snacks from vending machines, the agency unleashed its internal watchdog. The CIA IG directed the agency to install surveillance cameras and used the footage to catch and fire the thieves, snuffing out the scheme that cost U.S. taxpayers $3,314.40. But when it comes to complaints which could humiliate the spymasters, the watchdogs at the CIA and other intelligence agencies have repeatedly failed whistleblowers.

John Reidy, a CIA contractor, blew the whistle in 2010 on a catastrophic failure in a system the spy agency used to communicate with sources. Instead of seeing his complaint raise alarms, Reidy lost his security clearance and job. Then, in 2011 and 2012, Reidy’s warning came true in Iran and China, according to Yahoo News, which confirmed the findings with “11 former intelligence and national security officials.” China captured and killed two dozen CIA human sources. Iran announced in 2011 that it had broken up a ring of 30 CIA spies. U.S. officials confirmed the breach to ABC News, which reported on the compromise of the communications network Reidy warned about.

“There is no doubt that what I have reported has been critical and embarrassing to CIA,” Reidy wrote in his 2014 appeal. “I knew we had a massive intelligence failure on our hands. All of our assets … were in jeopardy.”

The retaliation and reprisals rise all the way to the top of some of the various intelligence community watchdog’s offices.

An eight-month inquiry into National Security Agency (NSA) Inspector General George Ellard by a high-level intelligence community panel in 2016 found that Ellard retaliated against an NSA whistleblower, according to POGO. The review panel was led by Department of Justice Inspector General Michael Horowitz. After learning of the finding, then-NSA Director Admiral Michael Rogers notified Ellard of proposed termination. The Department of Defense ultimately overruled Rogers.

In July 2018, President Donald Trump’s nominee for CIA inspector general, Christopher Sharpley, said he would withdraw from the Senate confirmation process and resign from his post as acting CIA IG amid allegations that he misled Congress about whether he knew that he was named in at least three whistleblower reprisal cases, although his resignation date has yet to be determined.

Bakaj, the Ukraine whistleblower’s lawyer, was one of the whistleblowers who notified the Senate that he had an open reprisal case against Sharpley.

“Mr. Sharpley and other senior CIA OIG officials retaliated against the whistleblowers he was able to identify in various ways including forced administrative leave, adverse security clearance actions, and other forms of harassment,” the attorneys representing Kaplan wrote in a letter (pdf) to lawmakers.

Kaplan reported his concerns about evidence tampering at the CIA IG office to the House Intelligence Committee. He alleges that in retaliation, the CIA IG placed an adverse notice on his file which led to the revocation of his security clearance and, ultimately, ended his long career as a distinguished investigator.

While the Ukraine whistleblower’s complaint stands out as an anomaly in a system that often fails those it is meant to protect, the quick, by-the-book treatment of the complaint may also suggest that positive changes are afoot within the intelligence community. During his confirmation hearing in 2018, Atkinson told lawmakers that the ICIG needs to get its act together to regain the support of Congress.

“I do not believe I am revealing any confidences when I share my impression that there is a broad view among the Committee, its staff, and other members that the Office of the ICIG is not currently functioning as effectively as Congress intended,” Atkinson said in his opening statement on Jan. 17, 2018 (pdf).

“This needs to change before the ICIG loses the support of the Committee and the Congress as a whole,” Atkinson added. “Simply put, the [Intelligence Community Inspector General] needs to get its own house in order.”

The intelligence community’s systemic failure to properly handle whistleblower complaints stretches back years. In 2015, a report by PEN America concluded that the Obama administration had failed to deliver on a promise to protect whistleblowers by failing to provide  whistleblowers with “adequate mechanisms to raise their concerns internally or to challenge retaliatory action taken against them.” By August 2018, an update from PEN stated that “things have become even worse for national security whistleblowers.”

The PEN update cites the case of James Pars, a pseudonym issued by the CIA. Pars blew the whistle in 2015 alleging dangerous practices at a secret CIA base in a war zone. Pars was reassigned after raising his concerns and filed a whistleblower reprisal lawsuit (pdf) in late 2016. A judge dismissed the case in March 2018 and Pars was subsequently terminated.

“It is a story as far as a vast discrepancy or differences in how this particular case is being treated in light of other cases,” Pars told The Epoch Times, comparing the Ukraine complaint to his own story. “In this particular case—even though you could argue that this person is not an IC whistleblower per the OLC [Office of Legal Counsel] ruling—all of a sudden now you’ve got many different actors meeting this individual, demanding that he be protected, demanding that he be listened to.”

On Oct. 22, a letter (pdf) signed by 67 inspectors general across the federal bureaucracy and led by Horowitz opposed the opinion (pdf) issued by the DOJ OLC, concluding that the Ukraine whistleblower’s complaint didn’t constitute an “urgent concern” under the relevant federal statute. The inspectors general urged the OLC to withdraw or modify the opinion because it “creates a chilling effect on effective oversight and is wrong as a matter of law and policy.”

In a case that may be the most chilling example of a systemic failure to protect whistleblowers, Dan Meyer, who oversaw whistleblower protection across the intelligence community, was himself sidelined and fired for blowing the whistle.

“For the average employee simply complying with the executive order to blow the whistle, the inability of the system to answer the question as to whether someone was hammered for blowing the whistle can be paralyzing,” Meyer wrote in a recent op-ed comparing his experience to what the Ukraine whistleblower may face.

“Nothing begets more whistleblowing like, well, successful whistleblowing. This is what executive branch officials fear, the law working as designed. That is why so much effort goes into containing, rather than fostering, whistleblowing.”

The ICIG and the ODNI declined to comment for this article.