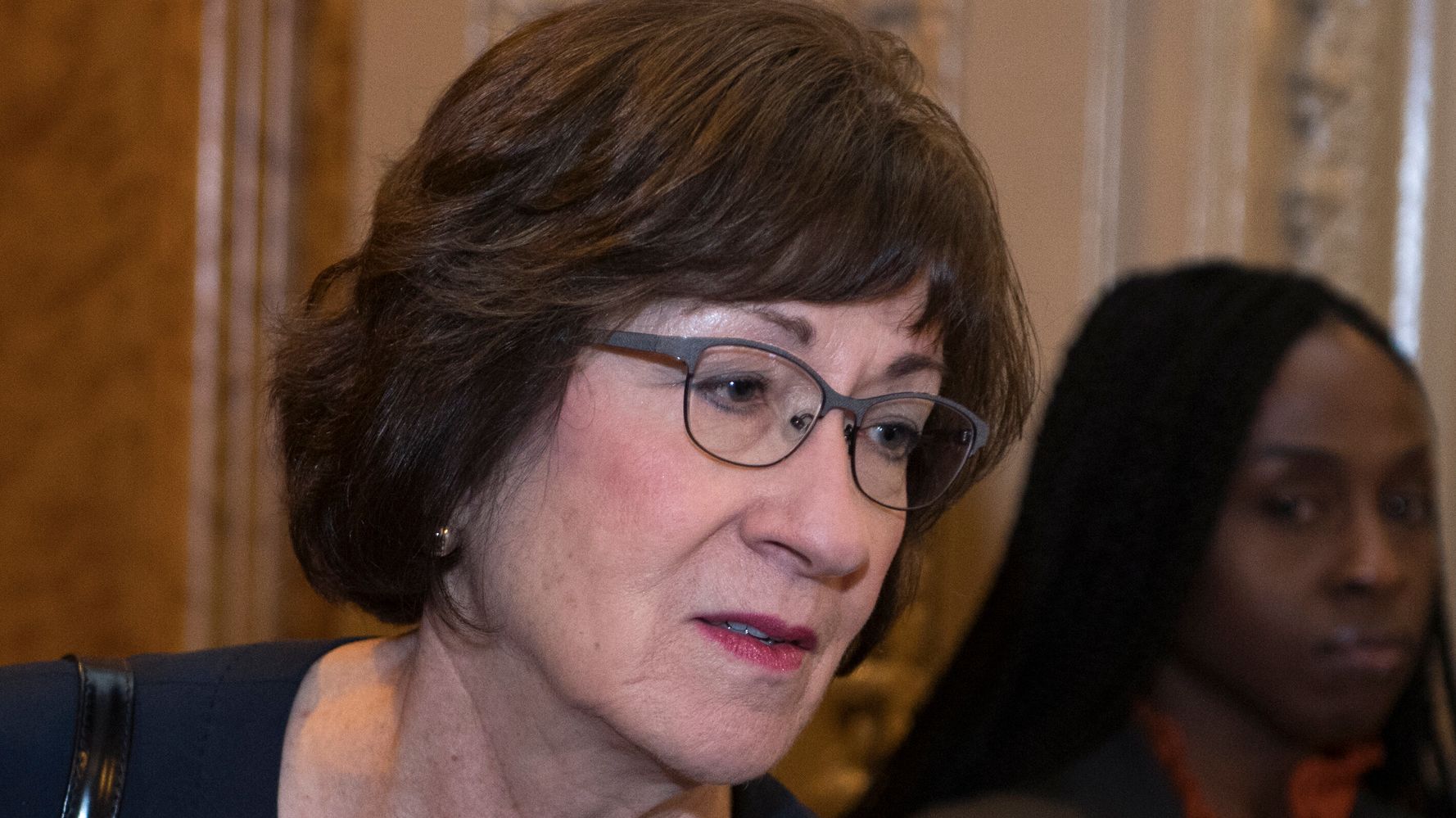 “I thought the president made a big mistake by asking China to get involved in investigating a political opponent,” Collins told the Bangor Daily News at a local event. “It’s completely inappropriate.”

Trump told reporters in front of the White House Thursday that “China should start an investigation” into Biden and his son. Hours later CNN reported that Trump had raised the political prospects of the former vice president and Sen. Elizabeth Warren (D-Mass.) — both Democratic presidential candidates — during a call with Chinese President Xi Jinping in June.

A similar phone call by Trump in July to Ukraine’s president to investigate Biden and his son — while withholding U.S. military funds — is now the focus of a formal impeachment inquiry.

Collins would not comment on evidence in the impeachment inquiry. But she said the process should be carried out with the “seriousness that any impeachment proceeding deserves.”

“Should the articles of impeachment come to the Senate — and right now I’m going to guess that they will — I will be acting as a juror as I did in the Clinton impeachment trial,” Collins said. Clinton was acquitted in 1999 on perjury and obstruction of justice concerning his relationship with Monica Lewinsky.

Collins faces reelection in 2020 in a state that voted for Hillary Clinton for president.

She joins only two other Republican senators to date who have criticized Trump’s attempts to involve foreign governments in probing his political opponent.

“Americans don’t look to Chinese commies for the truth,” Sasse told the Omaha World-Herald. “If the Biden kid broke laws by selling his name to Beijing, that’s a matter for American courts, not communist tyrants running torture camps.”

Sen. Mitt Romney (R-Utah) attacked Trump’s invitation to Ukraine — and now to China — to interfere in American politics as “wrong and appalling.”

Trump slashed Romney Saturday in a tweet as an “ass” and a loser who “never knew how to win.” Trump also said Romney should be “impeached,” but named no specific impeachable offenses.

I’m hearing that the Great People of Utah are considering their vote for their Pompous Senator, Mitt Romney, to be a big mistake. I agree! He is a fool who is playing right into the hands of the Do Nothing Democrats! #IMPEACHMITTROMNEY

In a sly slap-down China announced it doesn’t plan to “interfere” in American affairs, so likely won’t be launching a Biden investigation.

“China will not interfere in the internal affairs of the US, and we trust that the American people will be able to sort out their own problems,” said China’s Foreign Minister Wang Yi, the state-run Global Times reported Thursday.