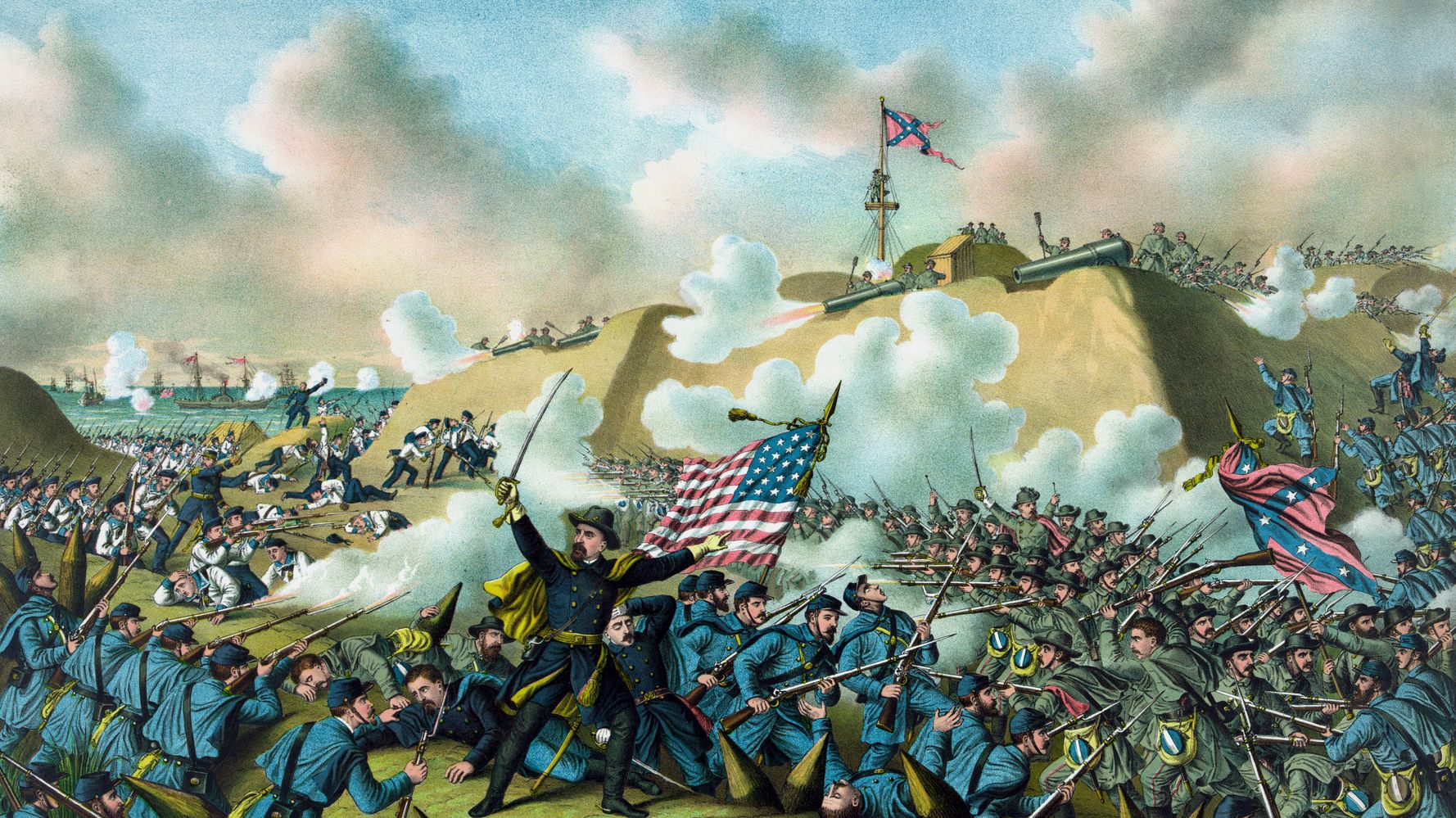 Few people were amused when Donald Trump quoted a right-wing pastor who predicted a “Civil War-like fracture” in the nation if the president is removed from office. Republican Rep. Adam Kinzinger, of Illinois, an Iraq War veteran, blasted Trump’s tweet Sunday as “beyond repugnant.”

Harvard law professor John Coates argued on Twitter that the veiled threat was itself an impeachable offense.

This tweet is itself an independent basis for impeachment – a sitting president threatening civil war if Congress exercises its constitutionally authorized power. https://t.co/JL9XzClGXf

And the chilling specter of violence was no joke to the radical right-wing OathKeepers, who appeared to be spoiling for a fight (which apparently wasn’t a violation of Twitter policy).

Here’s the money quote from that thread. This is the truth. This is where we are. We ARE on the verge of a HOT civil war. Like in 1859. That’s where we are. And the Right has ZERO trust or respect for anything the left is doing. We see THEM as illegitimate [email protected] https://t.co/DjB8TY0vCo

But lots of Twitter wits decided humor was the best way to cope and launched the viral hashtags “Civil War 2” and  “Civil War Sign Up” — including some mock letters home from an imagined conflict. They also kicked off “Civil War Potluck” for what Americans could bring to the fight.

I’ll bring the liver snaps. For all the Corgis but also their friends with tails. #CivilWarPotLuck #CivilWarSignup

Then there were the fake poignant letters:

“Mother,
I was recruited by the #AntifaDomesticTerrorists Division. We made Soros Cakes from the Deep State cookbook. We’ve joined forces with the Bowling Green Brigade and march on MAGA’s Forest Rakers. Gen. Clinton leads us.”#secondcivilwarletters#CivilWar2/#CivilWarSignup

Dearest Annabel, I do so miss moving on you like a bitch. Our troops are in disarray. The president we so eagerly defended is a cabbage head. He is all hat and no cattle. We are out of covfefe. I fear I’ve made a grave mistake. #CivilWarSignup pic.twitter.com/4KwlXMdnrF

I will write the “Dear Martha” memes. #CivilWarSignup Morale is low, as another of our brethren was felled by an all caps tweet. Steel yourself, my dearest, for the subject matter was the purchase of plastic straws.

Ladies… fight braless. Conservatives hate a free nipple and it’s empowerment alone will be enough to slay your enemies. #CivilWarSignup

Hey y’all, Dan Quayle just called and wants to know if you would like him to bring potato salad or potatoe salad.#CivilWarSignup https://t.co/a0g4FJ4ds1

We’ve got all the good musicians.

Who is playing the after-concert?#CivilWarSignup

I will bring fruit salad in a watermelon basket. Help stave off scurvy and rickets during the long campaign.#CivilWarSignup pic.twitter.com/zytk7InZbC

It’s actually quite tragic that Trump will not be able to participate in his own Civil War – due to bone spurs pic.twitter.com/YUEm4MGHkt

I don’t really mind if y’all make #CivilWarSignUp jokes if it helps you cope. But remember some of us aren’t laughing. I’m not laughing.