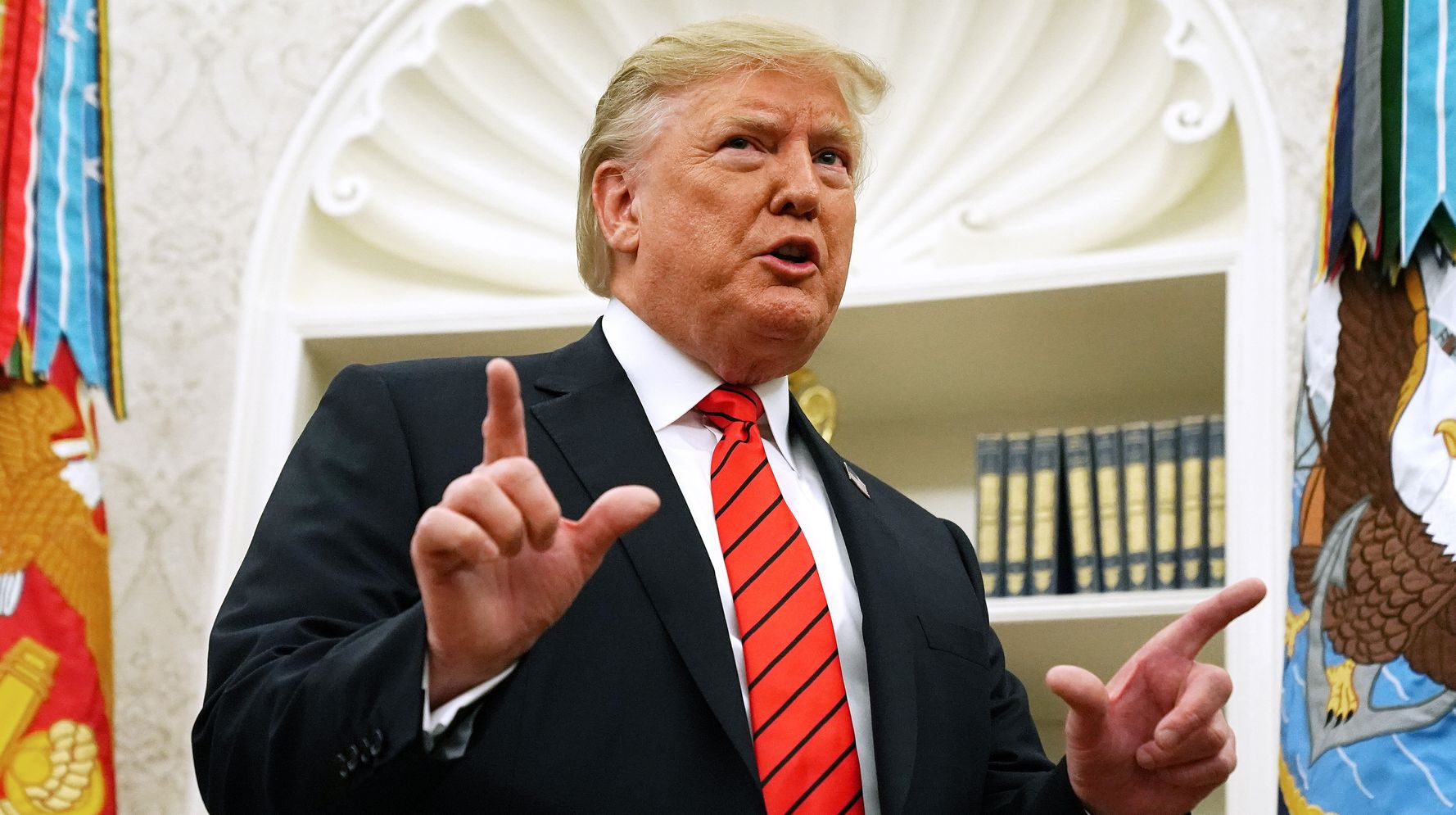 The office of the inspector general for the U.S. intelligence community, which reviews whistleblower complaints, debunked a conspiracy theory President Donald Trump pushed Monday saying the rules for whistleblowers had supposedly been changed right before one came forward with explosive information about his July 25 call with the Ukrainian president.

Early Monday, Trump tweeted: “WHO CHANGED THE LONG STANDING WHISTLEBLOWER RULES JUST BEFORE SUBMITTAL OF THE FAKE WHISTLEBLOWER REPORT?” He then followed up with another tweet: “#FakeWhistleblower.”

The intelligence community’s inspector general said in a statement later Monday that it had processed the whistleblower complaint, which it received Aug. 12, “in accordance with the law.”

It said the disclosure form the whistleblower used was the same one the office has had in place since May 24, 2018. (The inspector general’s office did not refer directly to Trump’s tweets in its statement.)

HuffPost reached out to the White House but did not immediately get a response.

The inspector general’s office reiterated that, after reviewing the complainant’s information and other related information it had gathered, it had found the complaint both “urgent” and “credible.”

Intelligence Community Inspector General Michael Atkinson reviewed the complaint last month and determined it was “credible” and of “urgent concern.” Acting Director of National Intelligence Joseph Maguire also found the complaint “credible” and said he believed the whistleblower had “acted in good faith” and “followed the law.” Atkinson and Maguire were both appointed by Trump.

Office of the Inspector General of the Intel Community: “The Disclosure of Urgent Concern form the Complainant submitted on August 12, 2019 is the same form the ICIG has had in place since May 24, 2018, which went into effect before Inspector General Atkinson entered on duty.” pic.twitter.com/meWgUKupCh

The theory Trump was promoting in his Monday tweets appeared to come from a report in a conservative news outlet, The Federalist, which claimed Friday that the whistleblower complaint form had been suspiciously updated to allow secondhand information when reporting.

(The whistleblower stated in his complaint that he received his information from White House aides and government officials.)

But experts were quick to point out that whistleblowers have always been allowed to report on secondhand information.

The inspector general’s statement Monday echoed that, saying, although their form “requests information” about whether a whistleblower has firsthand knowledge, there is no “requirement” to have such knowledge to file a complaint.

“In fact, by law the Complainant… need not possess first-hand information in order to file a complaint or information with respect to an urgent concern,” the statement read.

It also said the whistleblower, in this case, claimed on the form to have “both first-hand and other information.”

Trump and other Republicans have attacked the credibility of the whistleblower, who has not been publicly identified, by claiming the person has a partisan bias. Trump has called the whistleblower “fake,” accused the person’s sources of acting like spies and suggested the complaint amounted to “treason.”

The inspector general said Monday that its office had determined the whistleblower had “subject matter expertise” and “had official and authorized access” to information relayed in the complaint, “including direct knowledge of certain alleged conduct.”

The whistleblower, reportedly a CIA analyst, said that Trump may have withheld military aid to Ukraine as leverage ahead of the July 25 call with the foreign president and that the White House stored records of the phone call in a classified electronic system as part of a cover-up.

Although the whistleblower was not a “direct witness” to the July 25 phone call, the inspector general’s office had found information in its review supporting the whistleblower’s allegations, according to its statement.

The inspector general said that in part due to recent press inquiries around the whistleblower (and presumably around the conspiracy theory Trump pushed), his office had understood how its old forms could be read “incorrectly” as suggesting whistleblowers needed firsthand knowledge. They have now developed new forms for submitting complaints, noting:

“Consistent with the law, the new forms do not require whistleblowers to possess first-hand information in order to file a complaint or information with respect to an urgent concern.”