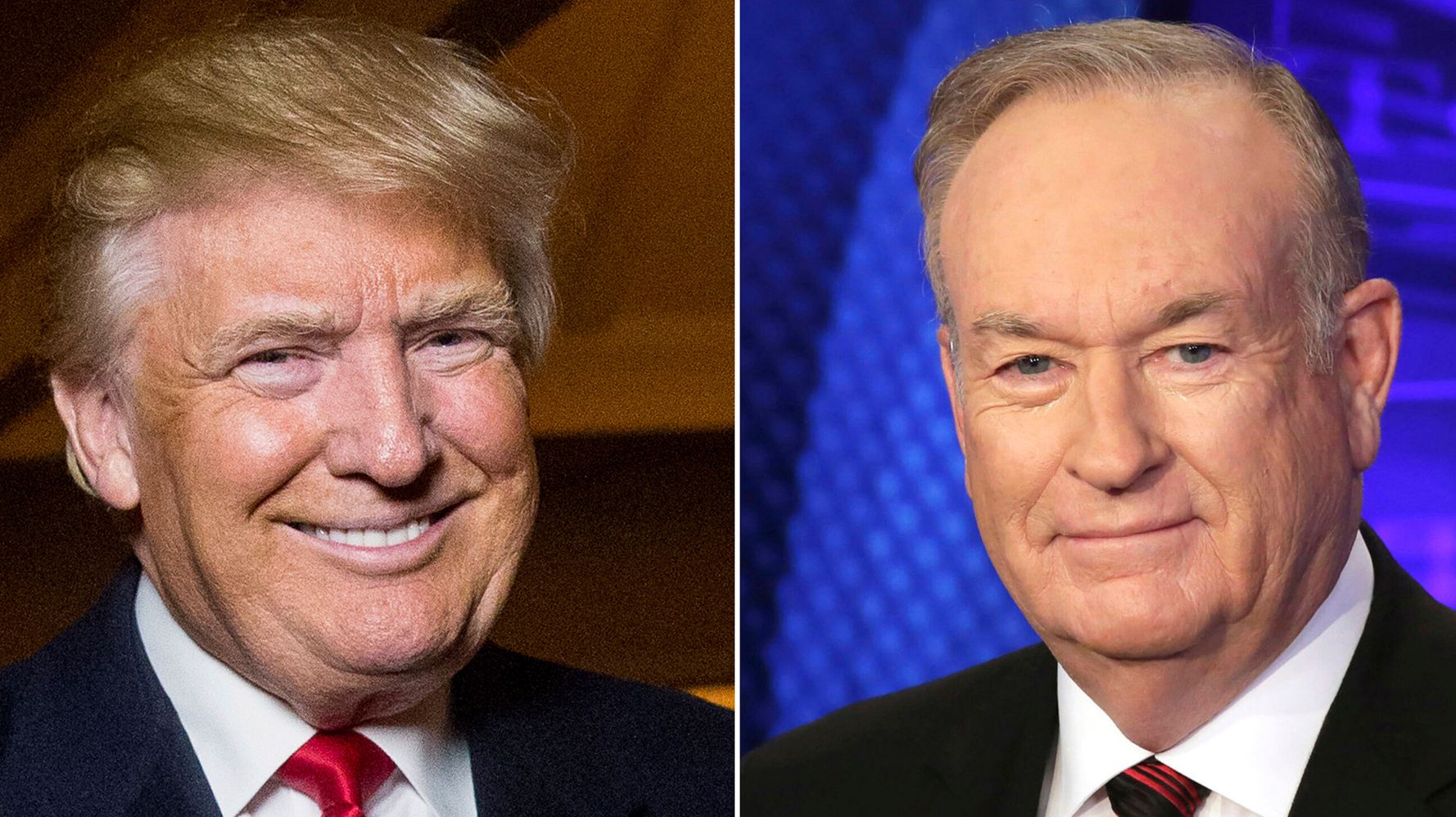 Disgraced former Fox News host Bill O’Reilly defended President Donald Trump from accusations that he empowers white supremacists or is one himself.

O’Reilly claimed Tuesday that he has done the “research” and found no evidence that Trump promotes “Caucasian dominance” ― which had some Twitter users wondering what passes for research for O’Reilly.

Trump was a leader of the “birther” movement that questioned the birthplace of former President Barack Obama. He has attacked immigrants ― especially Mexicans and Muslims ― and reportedly said “we should have more people from places like Norway.”

He has dismissed Haiti and nations in Africa as “shithole” countries, and last month he told four women of color in Congress to “go back” to their own countries.

Yet O’Reilly wrote on his website that linking Trump to the white supremacy movement is “a cheap piece of political propaganda” and a “myth” akin to the Loch Ness Monster.

O’Reilly, who left Fox News in 2017 after it was revealed that he paid at least $45 million in total to settle multiple allegations of sexual harassment, also tweeted: “While researching my upcoming book ‘The United States of Trump,’ we could not find one example of the President discussing skin color in a pejorative way or promoting Caucasian dominance.”

While researching my upcoming book “The United States of Trump,” we could not find one example of the President discussing skin color in a pejorative way or promoting Caucasian dominance.

O’Reilly’s tweet earned a “thank you” from the president. But it also had some 11,000 other replies ― and many of them were a lot like these:

Told some non-whites to “go back” from where they came?

Said a US judge couldn’t be fair b/c he was “Mexican”?

Remember when you sexually harassed many women? Sorry I went off topic. #SorryNotSorry https://t.co/LLRxjyrhRL

I guess you didn’t look under Barack Obama’s Kenyan birth curtificate, near shithole countries, or Low IQ Maxine Waters, did you.

“I am the world’s shittiest researcher”https://t.co/qfZiNkF48Y

Let me help you.

Do those words ring any bells, Bill? Or do they just not count as racism if you agree with them?

How about when he said Puerto Ricans want everything done for them? After at hurricane ravaged the island?https://t.co/WNoUbFwbYk

And yet, what Trump has said about the Central Park Five, and has never since recanted, comes through loud and clear. https://t.co/ZpmBkbj6EN

“Black guys counting my money! I hate it. The only kind of people I want counting my money are short guys that wear yarmulkes every day. … I think that the guy is lazy. And it’s probably not his fault, because laziness is a trait in blacks. It really is, I believe that.”

Hmmm Trump and his father were sued for discriminating against blacks. They refused to rent to people of color.

Dang Bill. Have you not been watching his ACTIONS? They speak much louder than words.

I had no idea you wrote fantasy