U.S. Citizen Dies In Egyptian Custody After Years Of Pleading For Trump’s Help 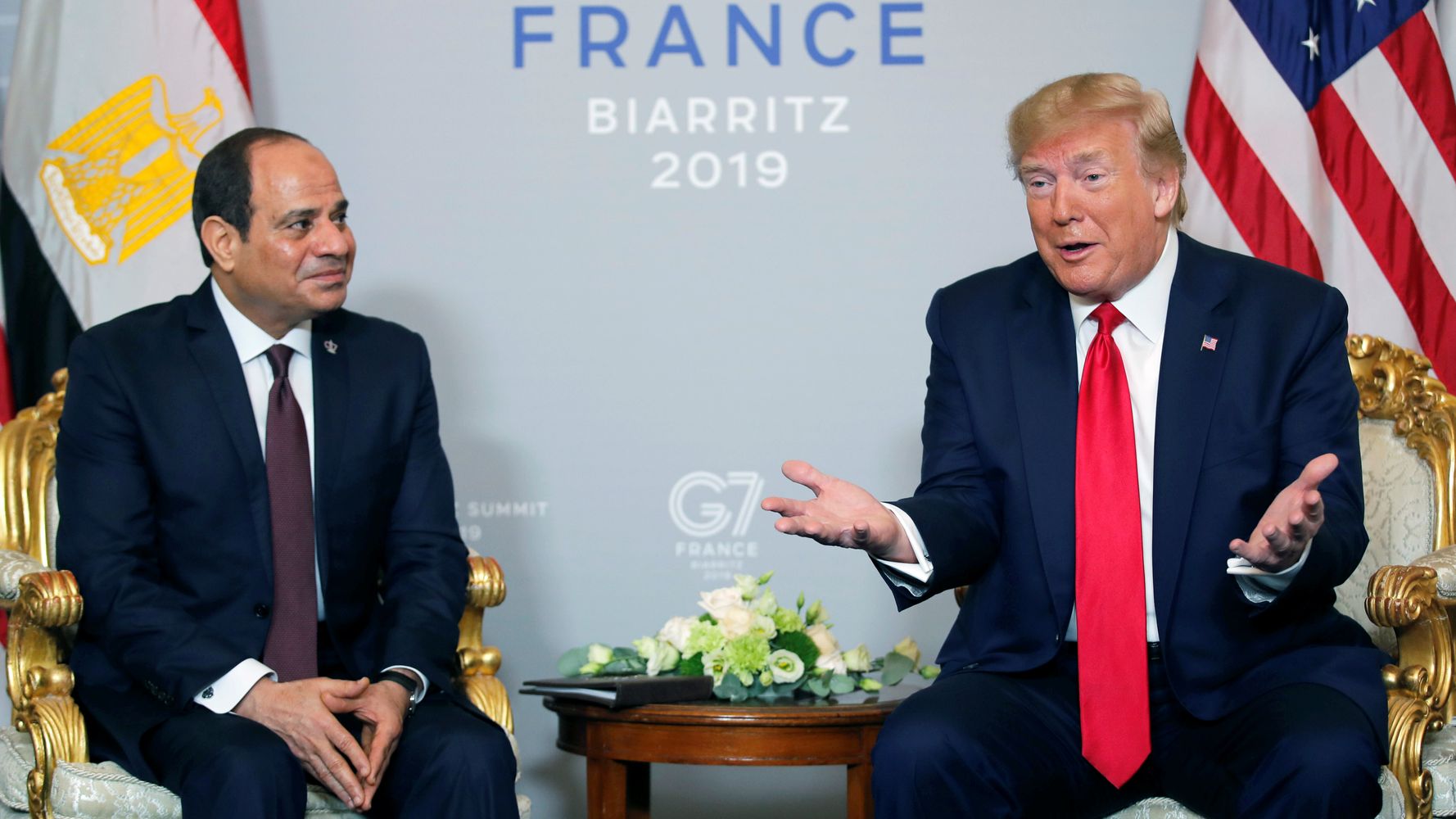 Mustafa Kassem, an American father of two who spent more than six years locked up in Egypt, died on Monday while still in custody, a reminder of how the U.S. struggles to balance its ties to repressive regimes with its stated commitments to human rights and its own citizens ― often with deadly consequences.

Kassem, who had been on a liquids-only hunger strike, was 54. His advocates told HuffPost they never felt fully supported by Washington, which funnels more than $1 billion to Egypt each year, or American officials on the ground.

President Donald Trump, who in 2017 loudly celebrated his role in securing the release of one American detained by Cairo, never publicly responded to entreaties from Kassem to help in even small ways. He instead has counted Egypt as a close partner, and last year called its autocratic leader “my favorite dictator.”

“I have seen you defend other Americans. I ask you, why not me?” Kassem wrote to Trump on Sept. 12, 2018, in a message his attorney sent to the White House and shared with HuffPost.

“The family asks for the space and time to grieve and to come to terms with their loss,” the group said in a statement, adding that it will have further comment at a later time.

“For shame, Egypt,” Amy Hawthorne, the research director at the Project on Middle East Democracy and a former State Department official, wrote on Twitter.

Sen. Patrick Leahy (D-Vt.) called Kassem’s death as a prisoner “a monumental, unforgiveable travesty.” Leahy, one of a handful of U.S. lawmakers who spent years advocating for Kassem, added in a statement, “It could easily have been prevented. … It is high time that the Congress, and the White House, recognize that we cannot continue to reward such reprehensible conduct.”

“We send our sincere condolences to Mr. Kassem’s wife and family at this painful time,” David Schenker, a top State Department Middle East official, said to reporters Monday afternoon. “I’ll continue to raise our serious concerns over human rights and Americans detained in Egypt at every opportunity, as will the entire team at the Department of State.”

The White House did not respond to a request for comment about Kassem’s death.

An Egyptian court sentenced Kassem, a New York resident, to 15 years in prison in a mass trial with 700 other people on Sept. 8, 2018, for allegedly being part of a protest that President Abdel Fatteh el-Sisi’s government considered linked to terrorism. Kassem and his family consistently denied that he was part of any wrongdoing.

Kassem had diabetes and had largely been on the liquid-only hunger strike since his conviction. Last summer, family members said he was becoming significantly weaker and expressed fear that he might die behind bars, pointing to the example of former Egyptian president Mohamed Morsi, who died during a courtroom appearance last June after years in detention.

Kassem stopped accepting liquids on Thursday and was then transferred to a hospital, where he died in the afternoon local time, per Pretrial Rights International.

Egyptian authorities first arrested Kassem on Aug. 14, 2013, when he was on his way home from exchanging money during a day of street protests, according to his family and his letters to Trump. His relatives maintained that he was not part of the demonstrations and that he was treated especially poorly because he had his U.S. passport with him and was treated as a spy.

El-Sisi, who re-established military-dominated rule in Cairo after a brief democratic interlude run by Morsi, has subjected Egypt to its broadest wave of repression in the nation’s recent history. His prisons now hold upward of 60,000 people and security forces have cracked down on journalists and minority communities like the LGBTQ population.

President Barack Obama’s administration was aware of Americans ensnared in the crackdowns, who numbered 20 in total by 2017. His team worked on freeing activist Aya Hijazi (who was ultimately released under Trump) and learned of Kassem and others in 2016, former White House aide Andrew Miller told HuffPost.

After Trump took office in on Jan. 20, 2017, supporters of three of the imprisoned U.S. citizens ― Kassem, Ahmed Etiwy and Ahmed Hassan ― went public with their cases in hopes that the new president would help their loved ones as part of his “America First” approach to foreign policy. Yet Trump also said he did not think it was America’s role to push other governments on such matters, and he showed a fondness for strongmen like el-Sisi, Russian President Vladimir Putin and North Korea dictator Kim Jong Un.

U.S. diplomats told Kassem they could not be helpful beyond ensuring he did not die, his brother-in-law told HuffPost in 2017. The State Department initially declined to acknowledge his and similar cases publicly, but did so in a 2017 message to concerned lawmakers that was shared with HuffPost; the department said it was monitoring the situation closely. In January 2018, Vice President Mike Pence took note of the imprisonment of Kassem and Etiwy during remarks on a trip to Egypt ― a watershed moment that was followed by Etiwy’s release that May.

“A citizen who believed his American passport would protect him out there in the world is now dying in an Egyptian prison,” Kassem’s brother-in-law wrote in The New York Times in 2018. “A short phone call or a tweet from President Trump could save an American’s life.”

This article has been updated with comment from a State Department official.