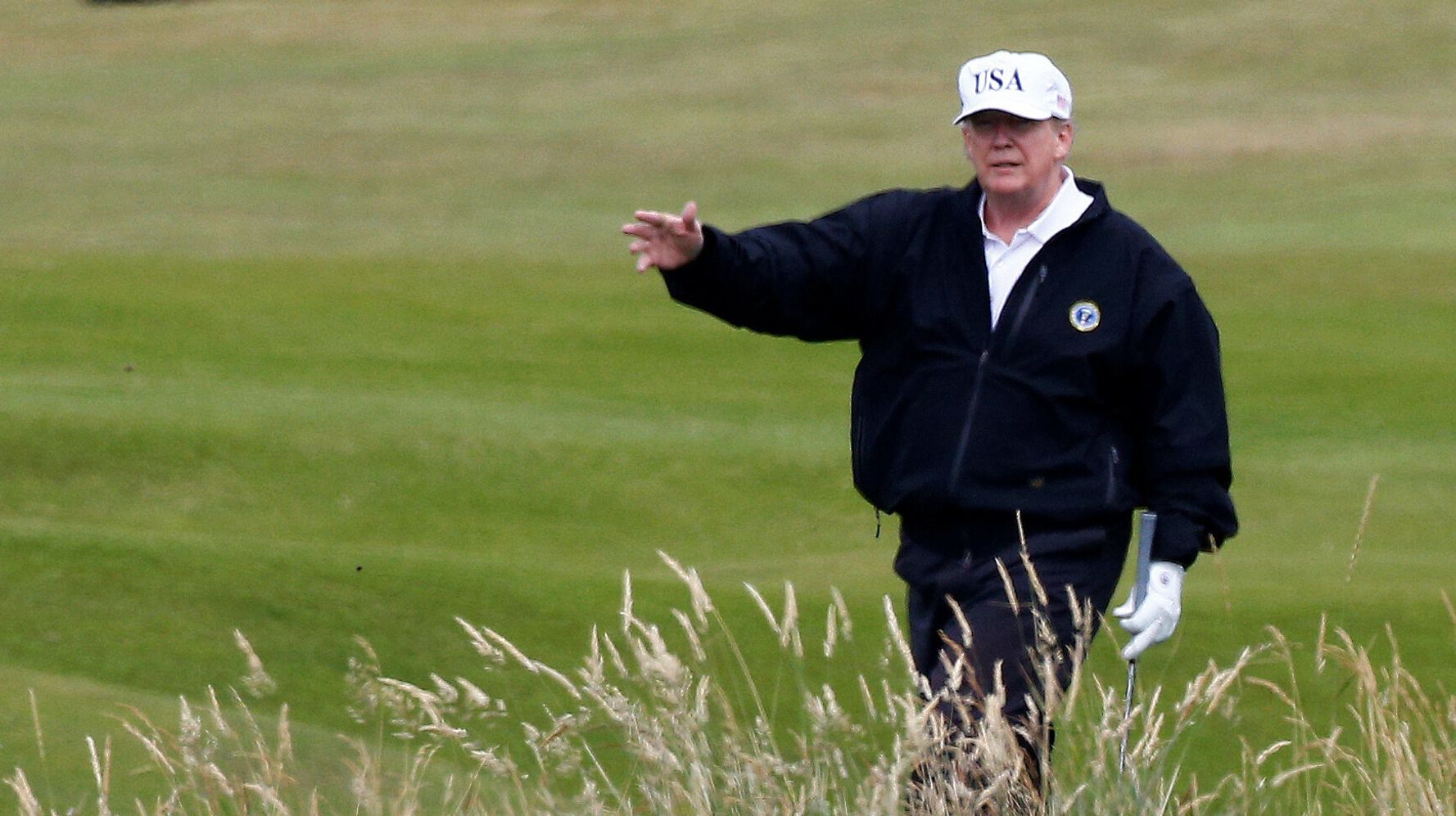 A Defense Department agency is delaying a new long-term contract with the airport near Donald Trump’s Turnberry golf resort in Scotland amid investigations into military personnel lodging at the luxury club, The Scotsman reports.

A new multimillion-dollar refueling contract between Glasgow Prestwick Airport and the U.S. Defense Logistics Agency was supposed to go into effect in October and extend to September 2024, The Scotsman had reported earlier. But the contract has been “kicked in the long grass,” a source told the newspaper. The new agreement is on hold until at least December, The Scotsman reported.

The delay follows Politico’s latest report that at least 60 members of the U.S. military have stayed at Trump’s Scottish resort on at least four different occasions since last year during refueling layovers at the nearby airport. The DLA told The Scotsman that the delay had nothing to do with the controversy and attributed the hold-up in documentation to an “extensive pre-award process.”

The airport will continue to provide refueling services to the U.S. Air Force, likely under the terms of the current contract, The Scotsman noted.

Both the Air Force and House Oversight Committee have launched investigations into the Prestwick refueling contract and military lodging at Trump’s resort. A letter in June from Oversight Committee leaders called for documentation from the Defense Department about the arrangement, noting that it benefited both the airport and Trump’s resort, which had been struggling financially. “Given the president’s continued financial stake in his Scotland golf courses,” the arrangement raises “serious conflict of interest concerns,” the letter noted.

The New York Times reported Monday that Prestwick reached an agreement with Trump and the Trump Organization in 2014 to steer travelers to Trump’s resort. The following year, the U.S. Air Force arranged for Prestwick to book lodging in area hotels for aircrews on refueling layovers at the airport, according to the Times. A Prestwick spokesman told The Scotsman last week that the airport arranged hundreds of nights of lodging for American aircrews at Turnberry and other hotels in the area since 2017. It said a “small percentage” of the bookings were for Trump’s resort.