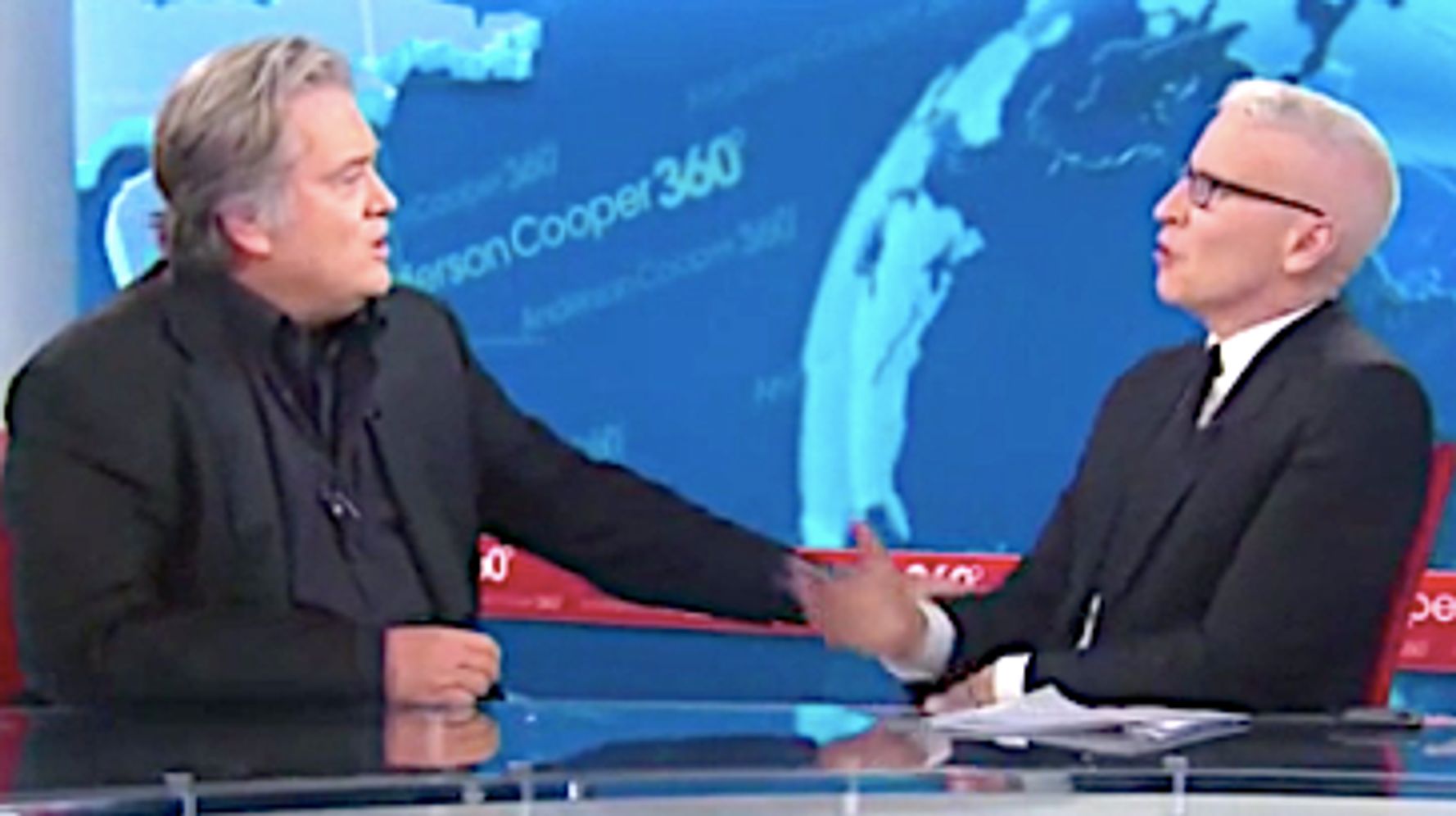 Donald Trump’s former White House strategy chief Steve Bannon vaguely referred to unspecified issues about Joe Biden as he tried to explain how the president did nothing wrong in his phone call with Ukraine’s president — and Anderson Cooper flat out called “bull.”

“To me, this is a policy difference,” Bannon first insisted Thursday on CNN. “I haven’t seen anything in the transcript” of Trump’s call with Ukrainian President Volodymyr Zelensky when he pressured Zelensky in July to open an investigation into Biden and his son. “I haven’t seen anything that he has done that is wrong or inappropriate,” Bannon added.

Cooper shot back: “Is it OK for a president, any president, to ask a foreign leader of a country fighting a war against our adversaries, in need of aid, to do a political favor and investigate his political opponent and hold aid over it?”

Bannon responded that Trump was serious about investigating corruption in Ukraine. A smiling Cooper snorted: “Oh, come on, give me a break. You’re a smart guy. You know very well that that’s just bull …. The only example of corruption in Ukraine the president can state is Joe Biden? The guy he happens to be running against? And this conspiracy theory about CrowdStrike?”

Cooper said Trump hasn’t cited any evidence of any wrongdoing, adding, “He’s just throwing this out.” Bannon insisted, “I’m sure that will come over time.”

By then, Cooper appeared to be laughing. Check it out in the video up top. The two start to go at it at the 1:30 mark.