White House Storage of Transcripts on Secure Server Justified Due to Avalanche of Leaks, Lawmaker Argues 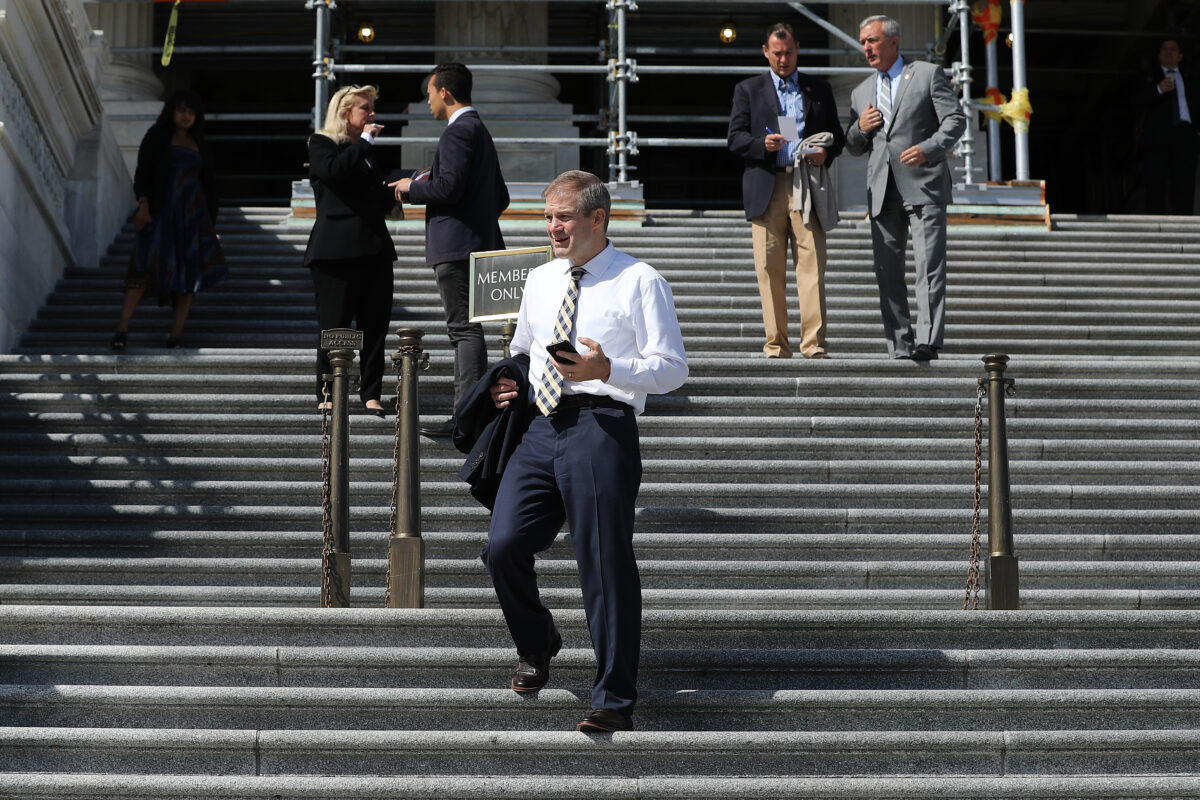 Rep. Jim Jordan (R-Ohio) defended the White House’s handling of transcripts of the president’s calls with foreign leaders, arguing that the Trump administration is right to protect the sensitive documents after being subjected to a barrage of leaks.

“They should be putting everything in there,” Jordan told CNN in an interview aired on Sept. 29, in reference to a secure server where call transcripts are stored.

“You got to protect from the leaks. If [I was] the Trump administration, I would be putting everything in this [classified server].”

Jordan addressed the question as part of a broader interview about the controversy surrounding President Donald Trump’s July 25 phone call with Ukrainian President Volodymyr Zelensky. On the call, the two leaders discussed at least three inquiries, including one into the conduct of former Vice President Joe Biden and his son Hunter Biden.

An anonymous whistleblower filed a complaint that accuses Trump of using his office to interfere in the 2020 presidential election. The whistleblower specifically faulted the White House for allegedly abusing the secure server to purportedly hide the transcript for political reasons.

Jordan, whose oversight committee deals with a large volume of whistleblowers, said that both the second-hand nature of the evidence and the indication of political bias serve to undermine the credibility of the whistleblower.

Jordan also argued that there is no substance to the impeachment firestorm whipped up by congressional Democrats, pointing out that House Speaker Nancy Pelosi (D-Calif.) moved to initiate an impeachment inquiry before the transcript of the call between Trump and Zelensky was made public.

“I don’t have any problem with the call. We have all seen the transcript. The president of Ukraine said he was not pushed,” Jordan said, citing Zelensky’s comments during a meeting with Trump, at U.N. headquarters in New York.

“If Democrats want to impeach [the president] because Rudy Giuliani talked to a couple of Ukrainians, good luck with that,” Jordan added, referring to the whistleblower’s allegations about Giuliani, Trump’s personal lawyer.

“I don’t think the American people think that’s the appropriate course of action. I think they see this for what it is—this is just one of the many unending attacks the Democrats have leveled against this president.”

In one discrepancy, the whistleblower claims that one of his sources told him that storing the Trump–Zelensky call on the secure server would amount to an abuse of that system because the transcript didn’t contain any sensitive information. The transcript released by the White House contradicted that claim, showing that it was previously classified as secret. The classification label is appropriate since Trump discussed his views of other nations, including Germany, a key U.S. ally.