With IG Report Imminent, DOJ Has Yet to Grant Carter Page Review Mandated by Privacy Act 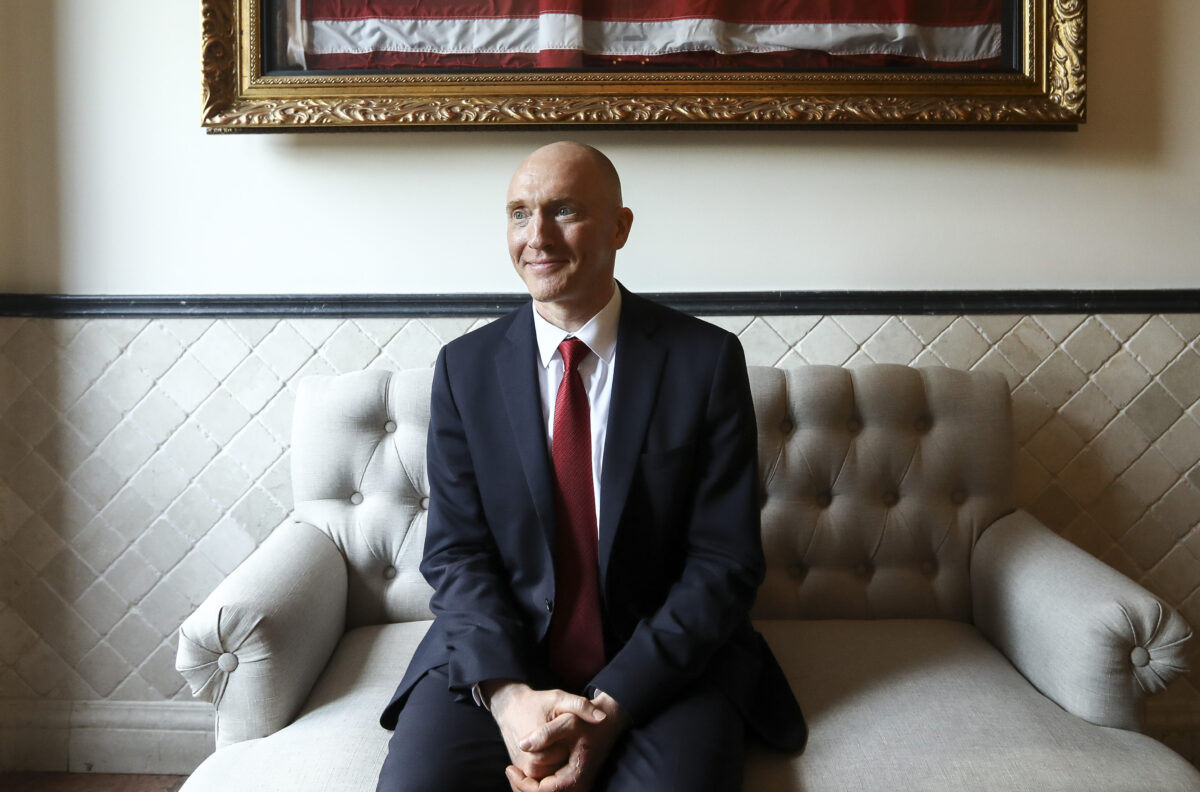 The U.S. citizen at the center of an 18-month inquiry into abuses of government spying has yet to receive the chance to exercise his legal right to review what the investigators scooped up about him over the course of a one-year surveillance campaign that started during the 2016 presidential election.

Carter Page, a former Trump-campaign adviser, had no say when the Justice Department and the FBI labeled him an agent of Russia in a secret court proceeding and obtained a Foreign Intelligence Surveillance Act (FISA) warrant in October 2016.

He remained in the dark as the existence of the warrant was illegally leaked to the press, he received no satisfactory answers from the Department of Justice (DOJ) for over a year after filing a formal Privacy Act request in May 2017, and the pattern continued when the government handed him a copy of the partly declassified FISA warrant application days after giving one to The New York Times.

Now, as the final report by the DOJ’s Office of Inspector General (OIG) is reportedly within weeks of release, Page has yet to receive a federally mandated opportunity to review what’s in the report and request amendments. He’s negotiating with the DOJ’s Office of Privacy and Civil Liberties, but he’s not optimistic, considering the government’s pattern of potential Privacy Act violations.

“So far, the right thing has not been done,” Page told The Epoch Times on Oct. 16. “I just want it to be accurate. So far, everything they’ve done has been inaccurate. I have no agenda. I just want the truth.”

The Privacy Act of 1974 prohibits the government from releasing information on individuals to the public without their written consent. One of the provisions also empowers citizens to review and request amendments to their individual records that the government holds in its possession.

In a letter to lawmakers dated Sept. 13, Inspector General Michael Horowitz wrote that his office would review the draft of the final report marked up by the DOJ to ensure “that appropriate reviews occur for accuracy and comment purposes.”

Page said he hopes to be included in these reviews.

The OIG has not interviewed Page as part of its inquiry. According to Horowitz, the investigators conducted over 100 interviews and reviewed more than a million records.

The applications for the Page FISA warrants rely on the opposition research dossier on then-candidate Donald Trump that was compiled by former British spy Christopher Steele. Former Deputy FBI Director Andrew McCabe told Congress that the FBI would not have been able to secure the warrant without the dossier. The warrant applications omit the fact that the Hillary Clinton campaign and the Democratic National Committee paid for the dossier.

The vast majority of the officials involved in preparing, vetting, and submitting the FISA warrant applications have either been removed from their positions or left voluntarily. All have likely been interviewed by Horowitz’s investigators. The OIG has already issued scathing reviews of Comey and McCabe, finding that Comey violated FBI policies and that McCabe authorized self-serving leaks and lied about them under oath.

Page said that many of the people who have been interviewed for the inspector general’s inquiry are “supportive of the lack-of-candor crew.”

“These are people who have committed dishonest crimes for years now,” Page said. “They have a long track record of covering for themselves.”

The surveillance powers granted under a FISA warrant are the most intrusive form of spying, allowing investigators access to all of a target’s electronic records, including those that have been collected in the years prior to the issuance of the warrant. FISA warrants also allow for a full range of physical surveillance, including the search of premises.

While the scope of surveillance granted to the FBI in the Page FISA remains classified, the bureau may have been granted access to the communications of the entire Trump campaign via the FISA’s “two-hop” rule. The rule allows the government to spy on all individuals who communicated with the target and extends to those who have contacted the people who contacted the target.

Page said he intends to sue the government if the OIG report determines that the FISA warrant on him was illegally obtained.

The surveillance of Page was one of several tools the Obama administration employed to spy on Trump’s campaign as part of its counterintelligence investigation into alleged collusion with Russia. The government directed at least two spies, Stefan Halper and Azra Turk, to interact with Trump-campaign associates. Then-CIA Director John Brennan funneled intelligence collected by foreign allies to the FBI. Brennan told Congress that the intelligence was used to start the investigation of the Trump campaign.

While Horowitz focused on the conduct of officials within the FBI and DOJ, Attorney General William Barr assigned U.S. Attorney John Durham to investigate the spying operation beyond the two agencies. Brennan said earlier in October that he would be interviewed by Durham.