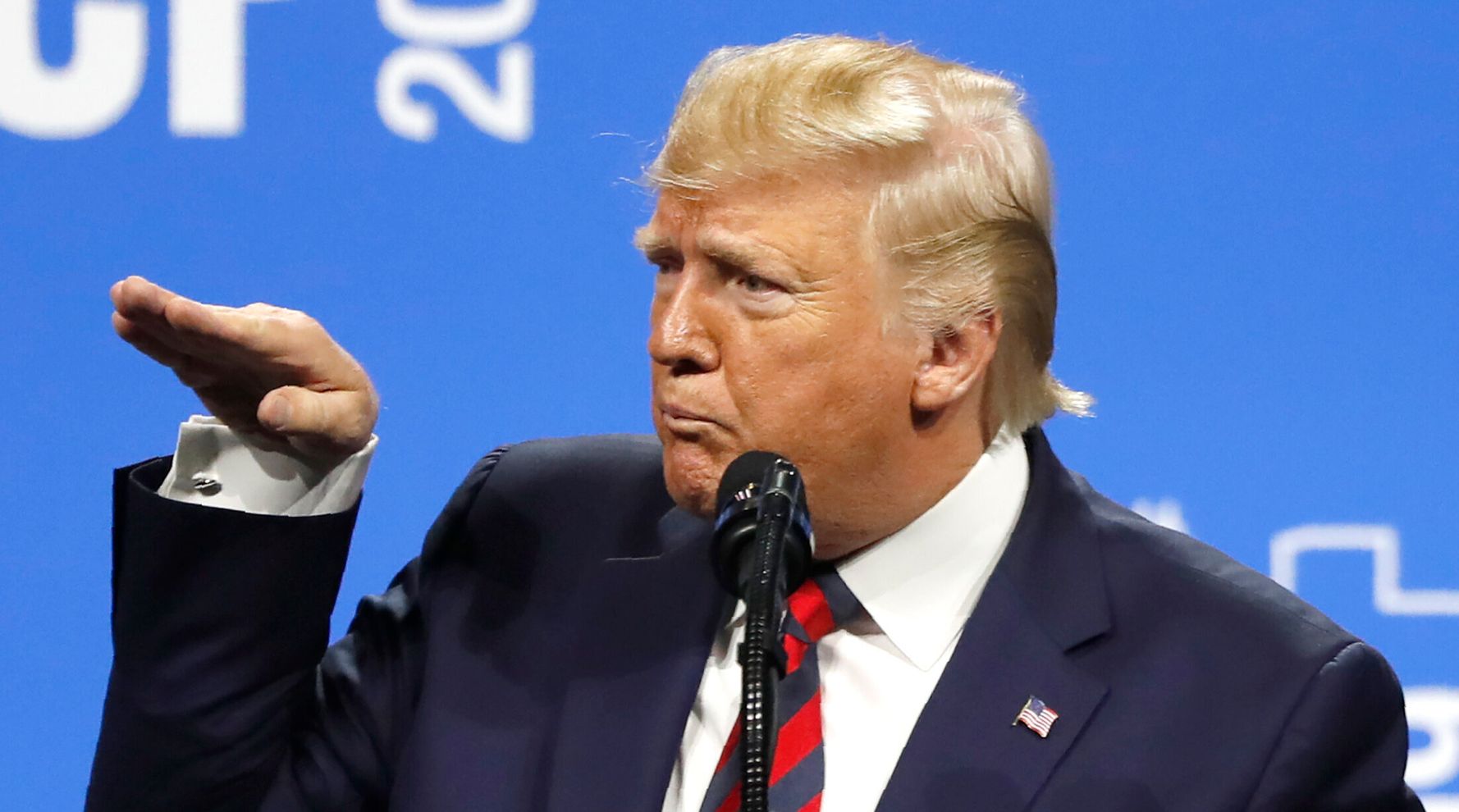 Not only have the U.S. and foreign governments spent money at properties owned by Donald Trump, but the president’s own political campaign and affiliated political committees have also spent about $16.8 million at his businesses since he launched his 2016 bid for the presidency, according to an analysis of federal election spending records.

Republican political campaigns and PACs have spent just under $1.8 million at Trump-owned businesses so far this year in the 2020 election cycle, according to the latest examination of spending by the nonpartisan Center for Responsive Politics, based on spending reports to the Federal Election Commission.

Most of that has been spent by the Trump campaign ($1.3 million), the Republican National Committee ($123,000) and the Great America political action committee ($104,000), records show, the center reported.

The Washington Post explained in a story in July how such Trump campaign events create a “two-fer” benefiting the president. When he holds a fundraiser at one of his properties, not only do donors contribute to his campaign, his business collects funds from his campaign for space rental and catering, some of which ultimately ends up in his pocket.

But 48 Republican members of Congress also spent campaign money at Trump businesses through their campaign and affiliated committees, according to the center. Some of the top spenders for the 2020 cycle included campaigns for former Rep. Sean Duffy of Wisconsin ($21,000), who resigned last month, Vice President Mike Pence’s brother, Indiana Rep. Greg Pence ($14,000), Rep. Jim Jordan of Ohio ($12,000) and House Minority Leader Kevin McCarthy of California ($8,000).

Spending will continue to grow as the election nears. Senate Republicans are hosting a two-day “Save the Senate” retreat at Trump’s Washington, D.C., hotel early next month, according to The Intercept. Room rates during that time will be nearly triple the average, according to the watchdog group Citizens for Responsibility and Ethics in Washington.

The top preferred businesses by spenders were Trump’s Washington hotel, followed by his Florida resort Mar-a-Lago, according to the center. Trump’s Doral golf resort in Miami was in fifth place for the amount of incoming campaign expenditures. Trump had planned to host next year’s Group of Seven summit of world leaders at the Doral until he backed down amid controversy over steering the business to his own property.

ProPublica reported in April 2018 that campaigns and public expenditures at Trump businesses had already reached $16.1 million. It examined not only campaign spending reports to the FEC but also state government spending and federal agency expenditure records. It created an interactive spending graphic through May 2018.

Whenever Trump says he’s not taking a government salary, remember this:
Government officials have visited Trump properties 1,502 times.
Trump has been president for 1,011 days.
That’s nearly 1.5 visits each day Trump has been in office. https://t.co/6tVDHb9DeB