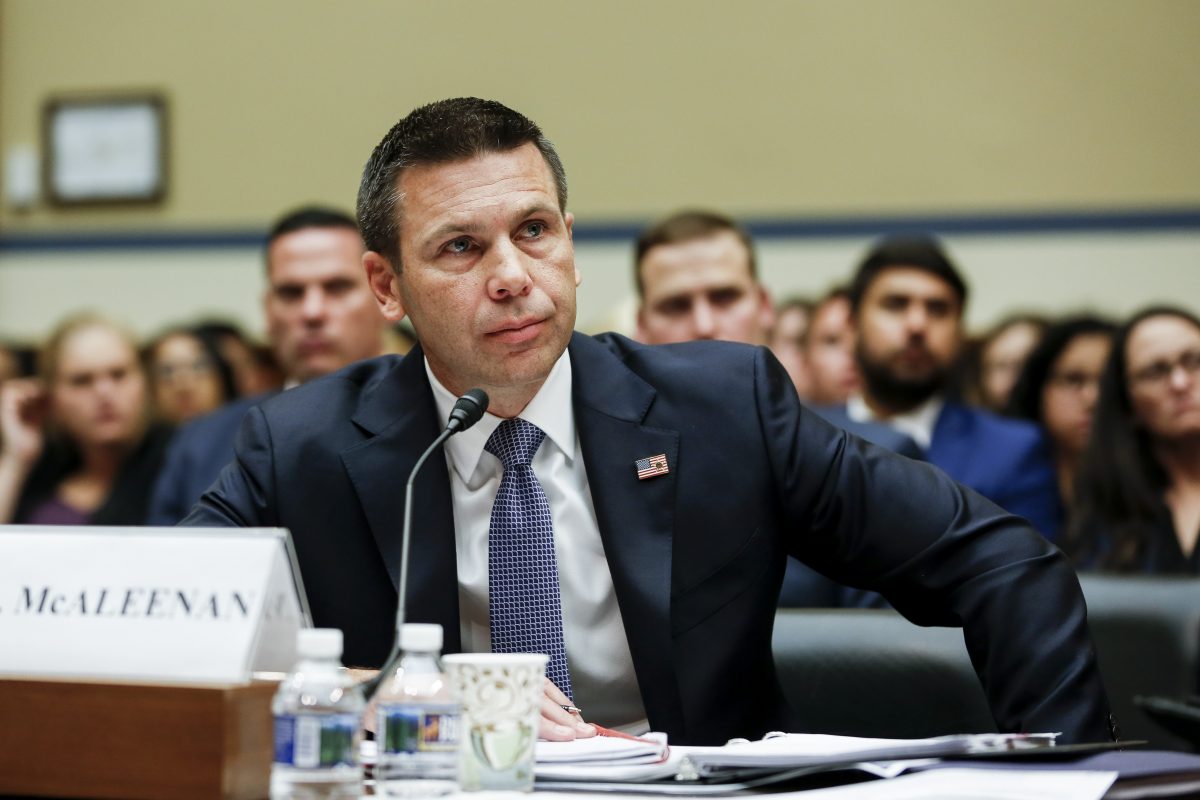 Acting Homeland Security Secretary Kevin McAleenan is stepping down, and a new acting chief of the agency is set to be named next week, President Donald Trump announced late Friday.

“Kevin McAleenan has done an outstanding job as Acting Secretary of Homeland Security. We have worked well together with Border Crossings being way down,” Trump announced on Twitter.

“Kevin now, after many years in Government, wants to spend more time with his family and go to the private sector,” he added. “Congratulations, Kevin, on a job well done! I will be announcing the new Acting Secretary next week. Many wonderful candidates!”

….Congratulations Kevin, on a job well done! I will be announcing the new Acting Secretary next week. Many wonderful candidates!

“I want to thank the President for the opportunity to serve alongside the men and women of the Department of Homeland Security,” McAleenan said.

I want to thank the President for the opportunity to serve alongside the men and women of the Department of Homeland Security. With his support, over the last 6 months, we have made tremendous progress mitigating the border security and humanitarian crisis we faced this year… pic.twitter.com/A4rTcZgJKF

“With his support, over the last 6 months, we have made tremendous progress mitigating the border security and humanitarian crisis we faced this year, by reducing unlawful crossings, partnering with governments in the region to counter human smugglers and address the causes of migration and deploy additional border security resources.

“I will work with the White House and DHS leadership teams on a smooth transition, and remain forever grateful to the men and women of the Department for their steadfast efforts to secure our country.”

McAleenan became the fourth person to lead the agency under Trump in April after the president asked for the resignation of Homeland Security Secretary Kirstjen Nielsen.

Before becoming acting secretary, McAleenan served as commissioner of U.S. Customs and Border Protection (CBP), one of the agencies operating under the DHS.

In late September, McAleenan announced an end to the “catch and release” policy. Under the policy, immigrants were released into the United States while awaiting their immigration court proceedings. A vast majority of them, however, don’t show up for their court hearings.

“So they will not be currently held on the U.S. side of the border, even in the family residential centers, because we’re not able right now to complete an immigration proceeding, while in the 21 days we have by court order,” he added.

In March, Border Patrol began releasing families directly from its custody into the United States, with a notice to appear in court after facilities became overrun, with tens of thousands still on the way to the border, and 811,016 apprehensions at the southern border in fiscal year 2019, according to CBP data.

McAleenan said that recently there has been a drop in apprehensions along the U.S.-Mexico border, with total enforcement actions for Central Americans who present at the border down more than 70 percent after Trump threatened Mexico with 5 percent tariffs if the government didn’t do more to address the flow of illegal immigrants to the U.S. southern border.

The CBP said this week that arrests at the U.S.-Mexico border fell in September for the fourth month in a row. According to CBP, there were just over 52,000 migrants either apprehended or encountered at the southwest border in September, down almost 65 percent from a peak in May of more than 144,000. Of the May apprehensions, 72 percent were of unaccompanied children and family units.

Reuters contributed to this report

Ted Cruz: ‘Of Course Not’ Appropriate For Trump To Ask China To Investigate Biden