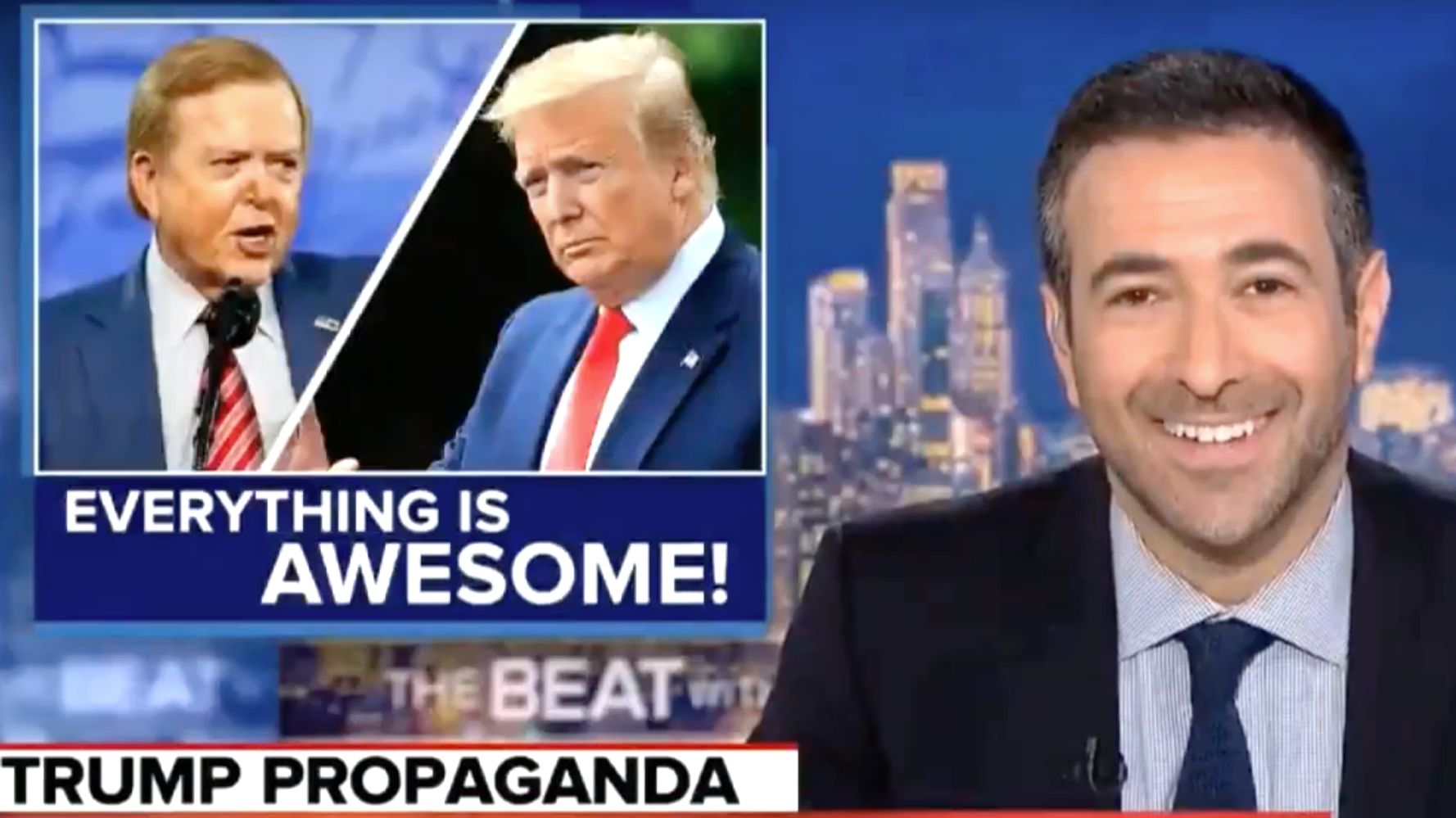 MSNBC’s Ari Melber on Friday broke down why he believes Fox Business host Lou Dobbs went full sycophant with his review of what it’s like to work in President Donald Trump’s White House earlier in the week.

Dobbs, a vocal supporter of Trump, on Thursday claimed “the joint is hopping” with “sunshine beaming throughout the place, and on almost every face.” “It’s winner, and winning center, and our White House, our president, is at the top of his game,” he said.

Dobbs is “basically begging his viewers to ignore all of the chaos that is out there,” he added. “[It’s a] little bit like the policeman in that scene from ‘The Naked Gun’ when a rocket explodes in a fireworks factory.”

“Now, why does Dobbs overstate it this much? He’s not just speaking to his own audience, which might overlap with Trump’s base, he may also be speaking to the famed audience of one, Donald Trump [who] turns to these TV individuals, some of them, for information. The Washington Post notes that Trump is ’as likely to heed a Fox News host as any a senior administration official.”