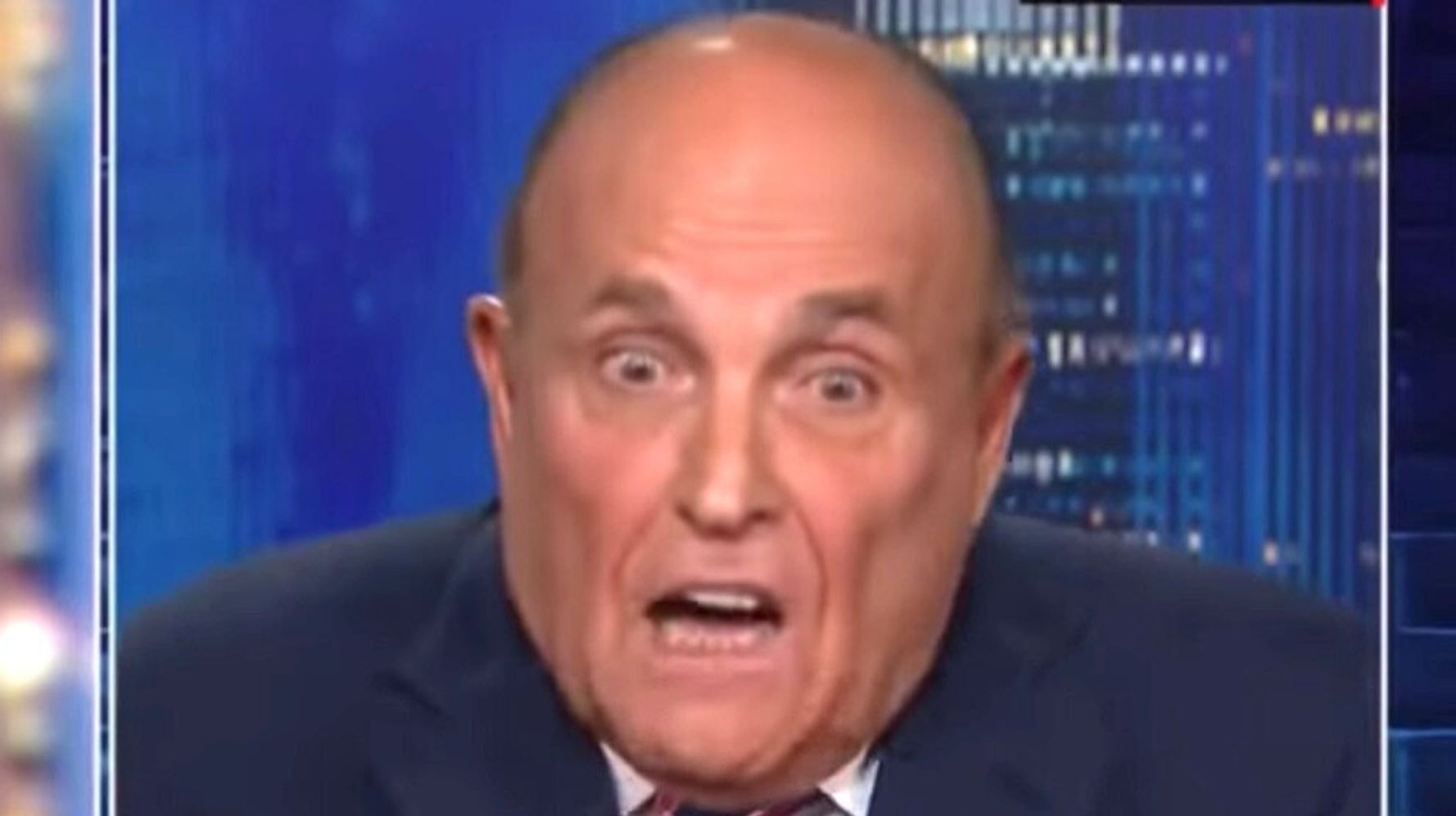 And it wasn’t for the best of reasons.

At one point, within a span of seconds, Giuliani went from adamantly denying that he had asked Ukraine to investigate Biden to announcing that “of course” he had done so.

If Rudy Giuliani’s family loves him, they will get him help now. Not tomorrow. Now.

Every. Single. Democratic. Presidential. Candidate. Should. Be. Hitting. Trump. For. Treasonous. Behavior. For. Political. Gain. Like Right Now. https://t.co/WzHyrtvOUe

If you are going to send Rudy out, at least have an aide ready with tranq blow darts. Bring the big guy down and drag him off.

You know what?
I’m thinking I’m not going to hire RUDY GIULIANI as my representative.

Giuliani just straight up said on national television that Trump asked Ukraine to interfere in the election. I wonder what it would take for Pelosi to decide impeachment is appropriate. Where is the line at this point? Is there a line?

Setting aside Giuliani’s batshit crazy demeanor tonight, Rudy admitted he pushed Ukraine to investigate the revelation of Manafort’s secret payments by pro-Russian forces. What??? Manafort was convicted IN THE US for financial crimes involving those very same payments!

Rudy: This whole thing was meant to cover up a scandal involving Biden, paid for by George Soros. I shit you not, this is actually what he saying at this very moment.

Chris Cuomo:
Did you order the Code Red?

Rudy Giuliani:
I did the job that–

Chris:
Did you order the Code Red?!!

Giuliani:
YOU’RE GODDAMN RIGHT I DID!!

Don’t think I’ve ever seen @ChrisCuomo make the faces he’s making tonight as he repeatedly tries to steer Giuliani back toward a conversation.

Watching Rudy Giuliani completely melt down right now on CNN is not a promising sign for the Trump Administration and this Ukraine/whistleblower story.

On the Rudy CNN interview: It’s not a meltdown, and he’s not doing it because he’s insane. This is how he protects the President: Concede the conduct occurred, then obfuscate and confuse to take the sting out. He has done this before for the President–quite effectively actually.

I assume we’ll wake up to a donald tweet saying Rudy was part of a big team that beat the hoax but he really isn’t his lawyer anymore.

Since I have him blocked you’ll have to let me know if I guessed right.

Has Trump dismissed Rudy as “just a guy who got coffee” yet?

This is the most insane meltdown I’ve ever witnessed. I’ve never seen someone fuck himself and his interests over more than what we just saw Giuliani do.

In all seriousness though, what I just heard seemed a lot like an admission from Rudy that he and/or the president may have committed a variety of felonies however, a sitting president cannot be indicted and the president will likely pardon Rudy. What a mess.

A bit of a trees-not-forest observation, but we just had a lengthy investigation of a campaign that solicited a thing of value from foreign individuals, and the solicitors got away with it, so why would Rudy fear soliciting a costly criminal investigation from Ukraine?

Donald Trump Asks ‘Is Anybody Dumb Enough?’ Anderson Cooper Has An Answer.