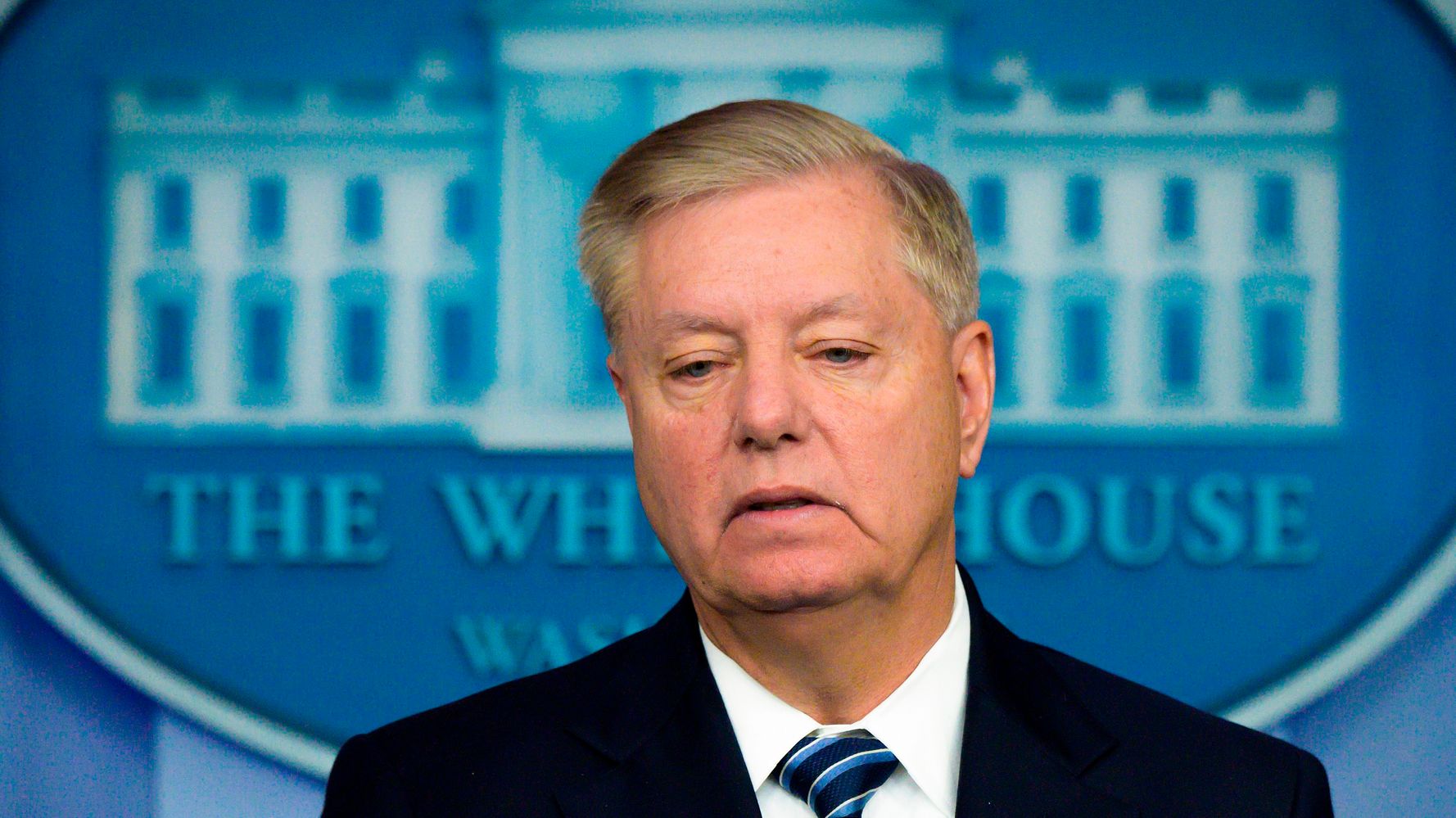 Sen. Lindsey Graham (R-S.C.) is learning to be careful what he wishes for.

Last month, Graham was complaining about not having access to one of the witness transcripts from the impeachment inquiry. He also said if there was real evidence of quid pro quo pressure on Ukraine by President Donald Trump, that “would be very disturbing.”

On Tuesday, House Democrats made public the testimonies of two more witnesses ― Kurt Volker, the State Department’s former special envoy to Ukraine, and Gordon Sondland, U.S. ambassador to the European Union. Sondland’s transcript came with a significant update: He said he now recalled his own involvement in the quid pro quo effort.

Caught in a bind, Graham courageously pledged Tuesday to refuse to read the transcripts.

“I’ve written the whole process off,” the senator told reporters. “I think this is a bunch of B.S.”

Reporter: “Do you plan on reading these transcripts that were released?”⁰

Graham’s refusal marks a sharp reversal from his position in early October when the senator accused House Democrats of abusing their power because they hadn’t released Volker’s testimony for all to see.

If House D’s refuse to release full transcript of Volker testimony as requested by Congressman Jordan, it will be an abuse of power.

In a later statement on Tuesday, Graham dismissed Sondland’s new testimony as “unpersuasive” because the diplomat told investigators that he “presumed” military aid to Ukraine was conditional on the country investigating Trump’s political rival Joe Biden.

In late September, the senator flatly denied that Trump would ever have threatened aid to Ukraine in such a manner. But after the White House released a partial, reconstructed version of Trump’s call with Ukrainian President Volodymyr Zelensky ― in which he seeks a “favor” from Zelensky ― Graham said the call itself wasn’t sufficient.

“If you could show me that, you know, Trump actually was engaging in a quid pro quo, outside the phone call, that would be very disturbing,” Graham told Axios on Oct. 20.

Yet on Tuesday, when presented with that kind of evidence, Graham opted to look away.

Let’s give Trump the last word:

Remember The Cyclist Who Flipped Off Trump’s Motorcade? She Just Won A Virginia Election.