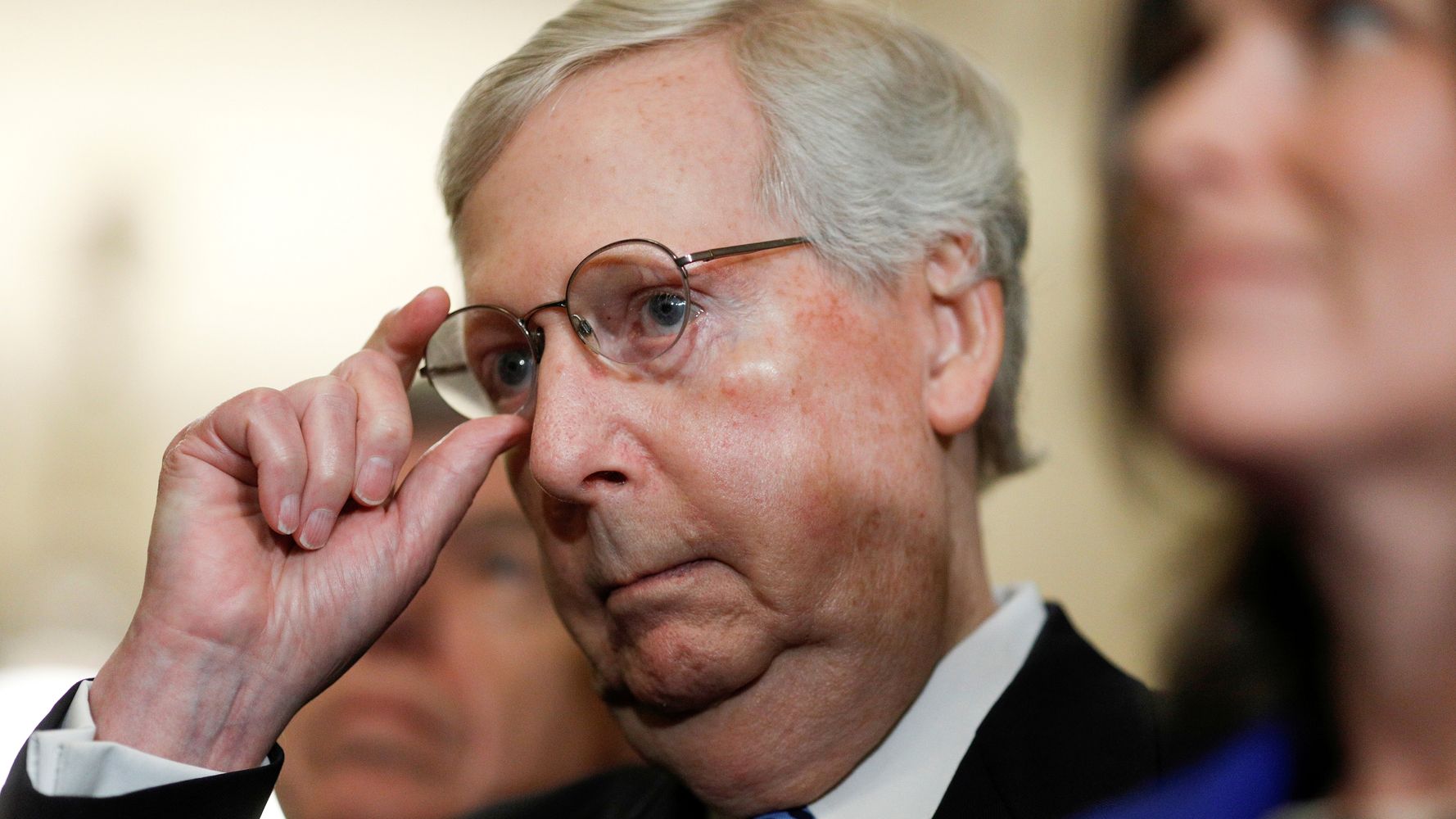 Senate Republicans ducked for cover on Tuesday after a top Trump administration diplomat revised his testimony in the House impeachment inquiry to acknowledge that U.S. aid to Ukraine was being withheld until the country promised to investigate a company tied to former Vice President Joe Biden’s son.

Gordon Sondland, a top donor to President Donald Trump who then picked him to serve as ambassador to the European Union, confirmed in an addendum on Monday to his testimony last month that he was involved in Trump’s attempted quid pro quo with Ukraine’s government after previously claiming he could not recall the details.

Sondland said his memory had been “refreshed,” and that he now recalled telling an aide to Ukrainian President Volodymyr Zelensky on Sept. 1 that “resumption of U.S. aid would likely not occur until Ukraine provided the public anti-corruption statement.” The statement, the Ukrainians were advised, ought to include Burisma, the company on whose corporate board Hunter Biden served while his father was vice president.

Sondland’s reversal, which only came after several other top Trump administration officials contradicted his initial testimony and put him in legal jeopardy, is likely to undercut Republican messaging about the impeachment inquiry. GOP lawmakers have steadily denied the existence of a quid pro quo involving the Bidens ever since Trump released a July 25 summary of his call with Zelensky during which the U.S. president requested an investigation into the Bidens.

Several Senate Republicans declined on Tuesday to respond directly to questions about Sondland’s revised testimony, as well as the president’s attacks against the whistleblower whose complaint helped ignite the impeachment inquiry.

“I’m going to wait until we get the case from the House and withhold judgment on the daily revelations, charges, witnesses and all the rest … that’s really all I have to say about that,” Senate Majority Leader Mitch McConnell of Kentucky said at his weekly press conference at the Capitol.

Sen. Shelley Moore Capito of West Virginia similarly declined to comment when asked if she believed it was appropriate to condition aid to Ukraine in exchange for an investigation into the Bidens,

“These are judgments that we’re obviously going to have to make when it comes over here,” Capito told reporters, referring to the prospect of a Senate impeachment trial.

But some Republicans continued to express skepticism about the House impeachment inquiry even when pressed about Sondland’s new admission.

“Is it against the law? Is it a crime? I don’t know that it is,” Sen. Richard Shelby of Alabama said, adding he would reserve judgment until and if the House drafts articles of impeachment.

Sen. Chuck Grassley of Iowa insisted that Tuesday’s bombshell admission from a top Trump diplomat and backer that a quid pro quo involving Ukraine aid was sought did not, in fact, confirm a quid pro quo.

“What difference does it make? This was all out with the document the president put out two months ago,” he said, referring to the July 25 call summary of Trump’s call with Zelensky.

Sen. Lindsey Graham of South Carolina said he was refusing to read any deposition transcripts released by House impeachment investigators. The top Trump ally and Senate Judiciary Committee chairman dismissed the process as “a bunch of B.S.”

Lindsey Graham, the chairman of the Senate Judiciary Committee, says he won’t read any of the transcripts, and dismissed Sondland’s reversal.

“I’ve written the whole process off … I think this is a bunch of B.S.”

Later on Tuesday, Graham told reporters that he found Sondland’s new testimony “unpersuasive” because the diplomat told House investigators he “presumed” aid to Ukraine was linked to a statement about investigations. However, Sondland also is now testifying that he told a top Ukrainian official the resumption of aid would “likely not occur” until the government issued such a statement.

Sen. Mike Braun of Indiana, meanwhile, said he was skeptical any new testimony brought against the president would change the minds of Senate Republicans.

“Regardless of how many people you bring out to make the point, I don’t think that’s going to do the job for most of us to change our opinion,” Braun said, urging a focus on the summary of Trump’s July 25 conversation with Zelensky.

This story has been updated with comments from Sens. Graham and Braun.