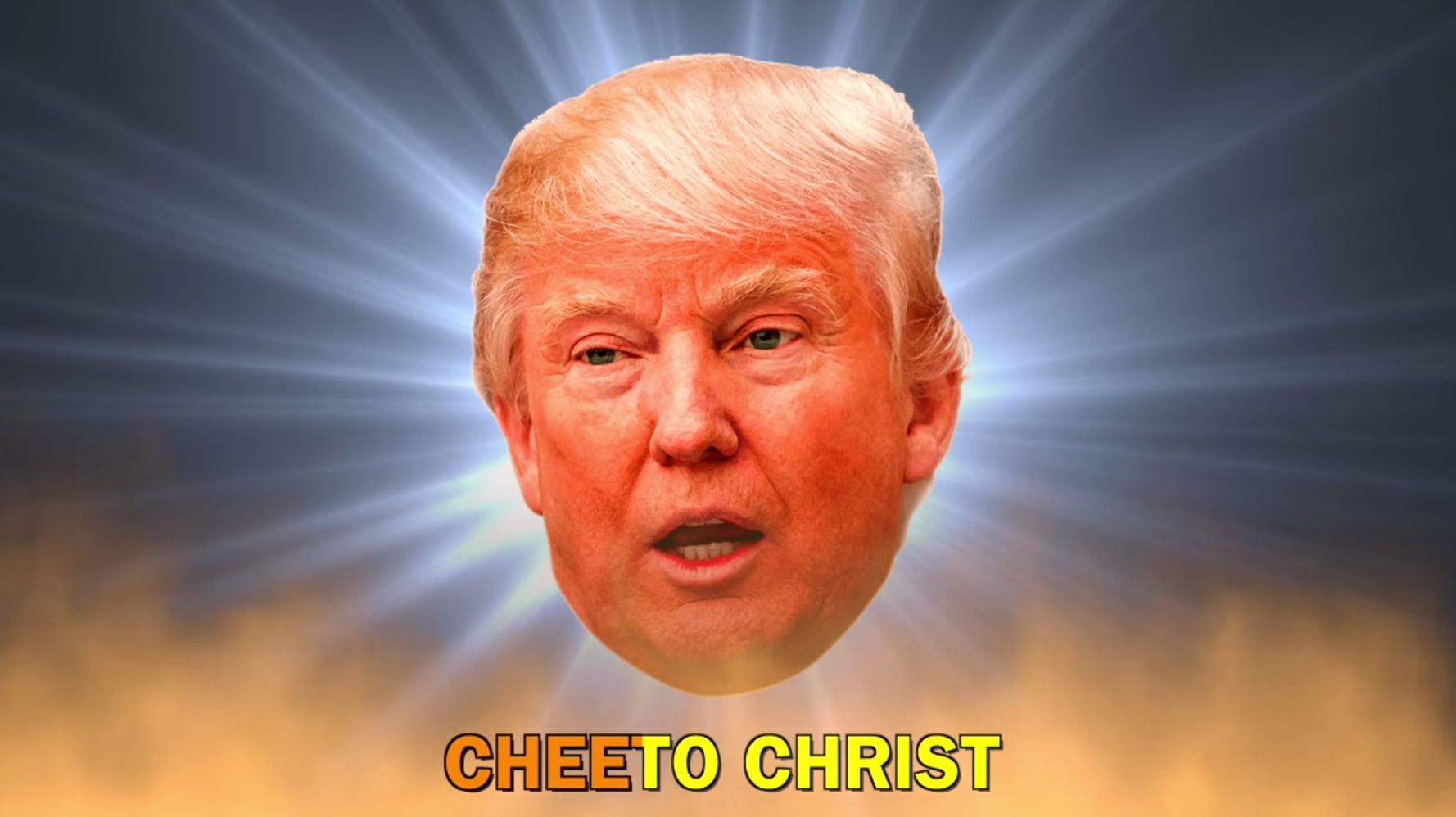 Both “Cheeto Christ” and “Stupid Czar” trended on Twitter following the release of the clip, which used a medley of tunes from the “Jesus Christ Superstar” musical.

Trump recently praised and retweeted a post that said he was like the “King of Israel” and the “second coming of God.” That same week, he told reporters as he looked skyward that he’s the “chosen one.”

Rainbow’s music video starts with an interview between Trump and Rainbow and then launches into song.

“Mr. Not My President, you’re acting quite bizarre, ruling like a loon behind your Twitter avatar,” Rainbow begins.

“Of all your recent antics, this latest one’s a pearl. Now it seems you think you’re God. OK. Whatever, gurl.”

Dressed ostensibly as Mary Magdalene at one point in the clip, Rainbow suggests, in song, that the president’s best course of action would be to “close your mouth and delete all your socials tonight.”

Last week, Rainbow said in an interview with CNN that he saw his political satire as a means of healing with humor during turbulent times.

“I understand now that what I’m doing is really even more important than I knew. I think it’s just a testament to how healing and important — especially in times like this — humor is.”