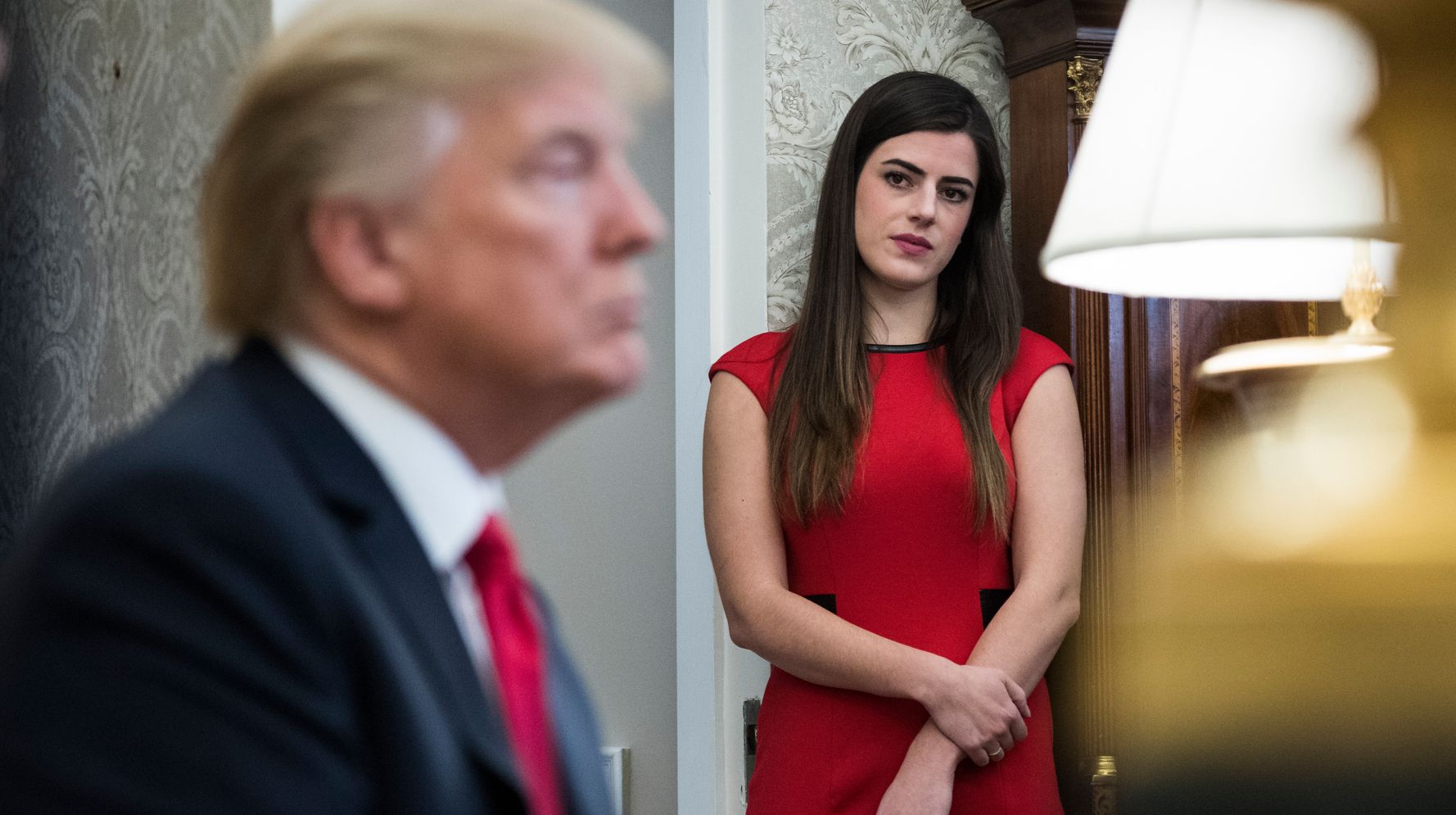 President Donald Trump’s personal assistant, Madeleine Westerhout, is no longer part of the administration as of Thursday, according to reports.

The 27-year-old’s sudden resignation reportedly came after the president discovered that she shared details about the Trump family and Oval Office operations at a recent off-the-record dinner with reporters in New Jersey, according to a New York Times report that cited two anonymous sources familiar with the departure. Politico later confirmed the exit.

Westerhout was reportedly deemed a “separated employee” immediately after Trump learned of her actions and would not be allowed to return on Friday to the White House, the Times reported.

The White House did not immediately respond to a request for comment on the director of Oval Office operations’ departure. Westerhout’s desk sat outside the Oval Office since the first day of Trump’s presidency, according to the Times.

Before her job as the president’s gatekeeper, Westerhout was an assistant to Republican National Committee Chief of Staff Katie Walsh, ProPublica reported. At the same time, she appeared in the public sphere in 2016 as the “greeter” for important figures visiting the president-elect at Trump Tower, according to The Washington Post.

Prior to that, Westerhout interned for Mitt Romney’s 2012 presidential campaign, volunteered for then-state Sen. John Kuhn (R-S.C.) and interned for then-Rep. John Campbell (R-Calif.), according to the Charleston Post and Courier.

Politico reported that many officials from Trump’s 2016 campaign were allegedly cautious of Westerhout because she joined the Trump transition from the RNC instead of being an original loyalist to the president. Other RNC alums that joined Trump’s administration only to leave are former chief of staff Reince Priebus, former press secretary Sean Spicer and former deputy chief of staff Katie Walsh.

When veteran journalist Bob Woodward tried to interview the president for his book last year by going through Conway and Shah, Trump told him he should have gone through Westerhout instead.

“Did you speak to Madeleine?” Trump asked Woodward, according to the Post’s transcript of the August 2018 conversation between the two, to which the journalist replied no.