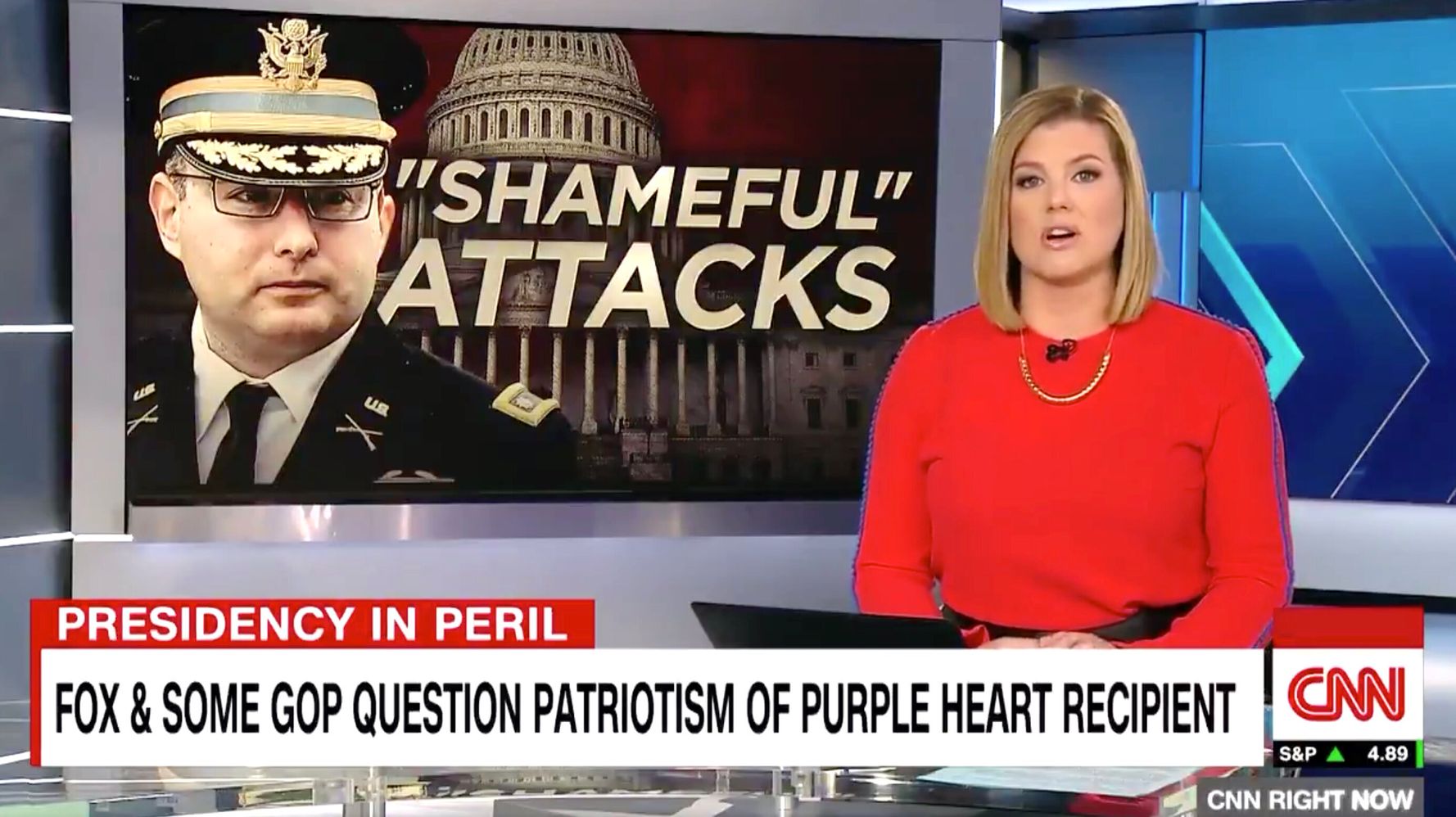 Sean Duffy, the Republican-congressman-turned-CNN-contributor who has made no secret of his hardline support for President Donald Trump, has expectedly ruffled feathers at the network. But on Tuesday, tensions reached a fever pitch when an anchor fed up with his rhetoric called him out on air.

Brianna Keilar’s scathing condemnation of her colleague came shortly after Duffy launched an attack on Army Lt. Col. Alexander Vindman, the National Security Council’s top Ukraine expert who is testifying in the House impeachment probe. Vindman is expected to supply firsthand information on Trump’s now-infamous July 25 call with Ukrainian President Volodymyr Zelensky during which Trump pressed Zelensky to offer assistance with an investigation of former Vice President Joe Biden and his son, based on unfounded corruption allegations.

Casting doubt over Vindman’s loyalty to the U.S., Duffy told CNN’s “New Day” that the official “has an affinity, I think, for the Ukraine.”

“He speaks Ukrainian. He came from the country. And he wants to make sure they’re safe and free,” he added.

Vindman immigrated to the U.S. from Ukraine during childhood.

Taking aim at Duffy’s remarks hours later, Keilar accused him of engaging in “anti-immigrant bigotry,” reminding viewers of his reality show past, a stark contrast to Vindman’s history as a decorated war veteran.

“It’s an odd questioning of patriotism coming from Sean Duffy, the guy who spent part of his 20s on MTV’s ‘The Real World’ and ’Real World: Road Rules Challenge’ while Alexander Vindman spent his on foreign deployments, including one to Iraq where he earned a purple heart after he was inured by a roadside bomb,” Keilar said.

[email protected] on ex-Rep. Duffy’s remarks on Alexander Vindman: It’s “anti-immigrant bigotry, and it’s an odd questioning of patriotism coming from Sean Duffy, the guy who spent part of his 20s on MTV’s ‘The Real World’… while Alexander Vindman spent his on foreign deployments.” pic.twitter.com/QofMhMKu58

Continuing, Keilar argued that Duffy’s comments were “a sign of how desperate the president’s backers are as they try to defend him against what Vindman ― perhaps the most credible and knowledgeable witness so far ― has to tell Congress.”

Similar attempts to question his credibility were been made by Fox News opinion host Laura Ingraham and her Monday night guest, former Justice Department official John Yoo, who suggested that Vindman had committed espionage.

Echoing the skepticism, Trump described Vindman on Tuesday as a “Never Trumper,” though he gave no evidence to support his claim.

According to Vindman’s prepared statement, he plans to tell lawmakers that he believed Trump’s discussion with Zelensky “would likely be interpreted as a partisan play” which would “undermine U.S. national security,” and that he felt responsible to report it.