Colbert Mockingly Defends Trump In The Most Backhanded Way Possible 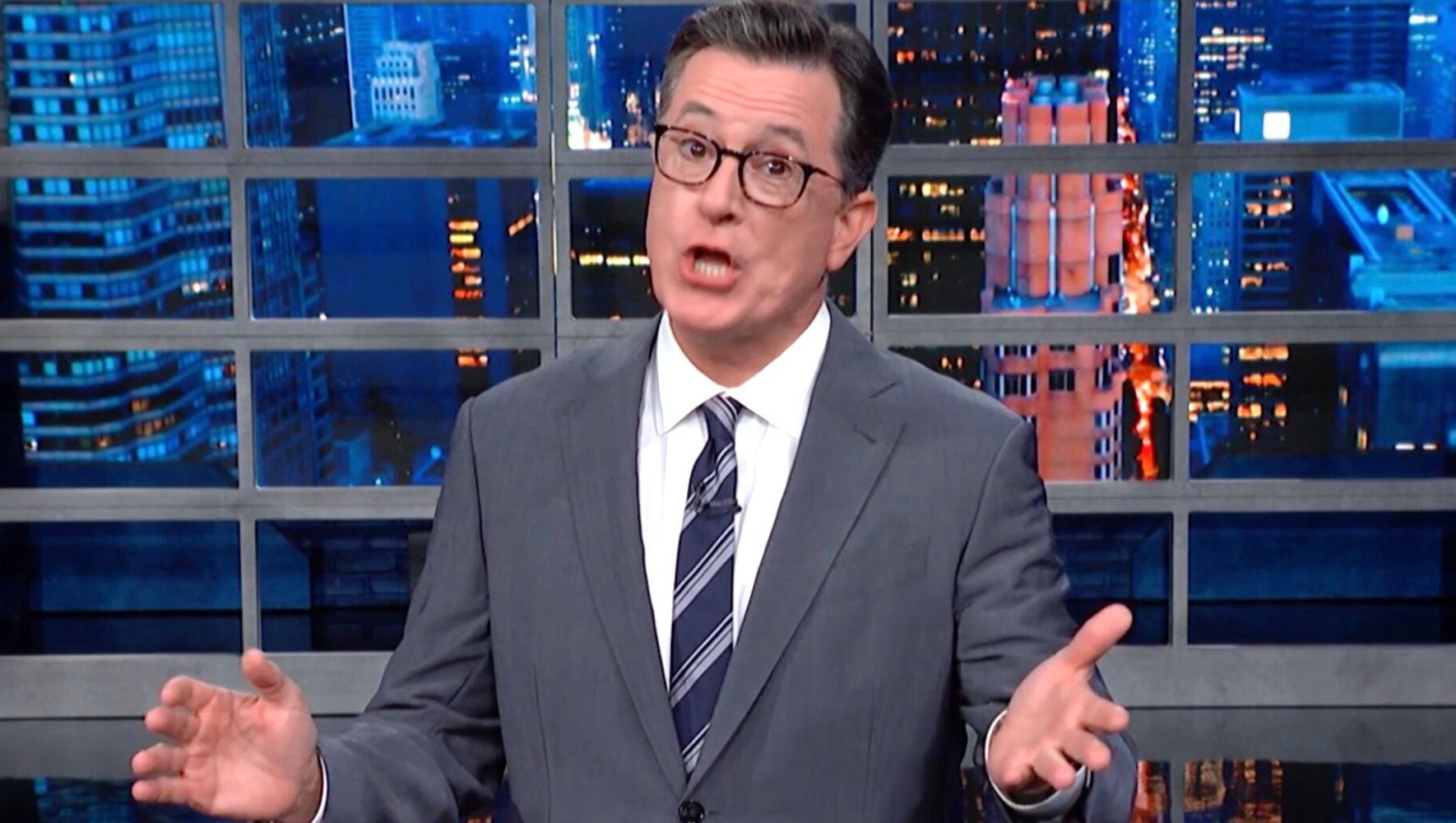 President Donald Trump has a long history of divisive and inflammatory rhetoric, but on Wednesday again he refused to accept any responsibility for the consequences.

“I think my rhetoric brings people together,” he improbably insisted outside of the White House.

“Late Show” host Stephen Colbert allowed that there’s one way that could be true.

“I believe my rhetoric brings people together into a huge, angry mob chanting ‘Send her back,’” he cracked in his Trump impersonation. “And it’s not easy to get a group of old white people to chant in rhythm.”

Colbert also showed a clip of former Vice President Joe Biden saying Trump has “aligned himself with the darkest forces in this nation.”

“Wrong,” Colbert cracked in his Trump voice. Then, he offered up which forces Trump really is aligned with:

TONIGHT: Trump visited Dayton and El Paso today but made sure to take some time out of his busy schedule to insult Joe Biden. #LSSC pic.twitter.com/EWTawo5Cr1