Cousin Of 2 Dayton Victims Pleads: ‘Donald Trump, I Want You To Hear This’ 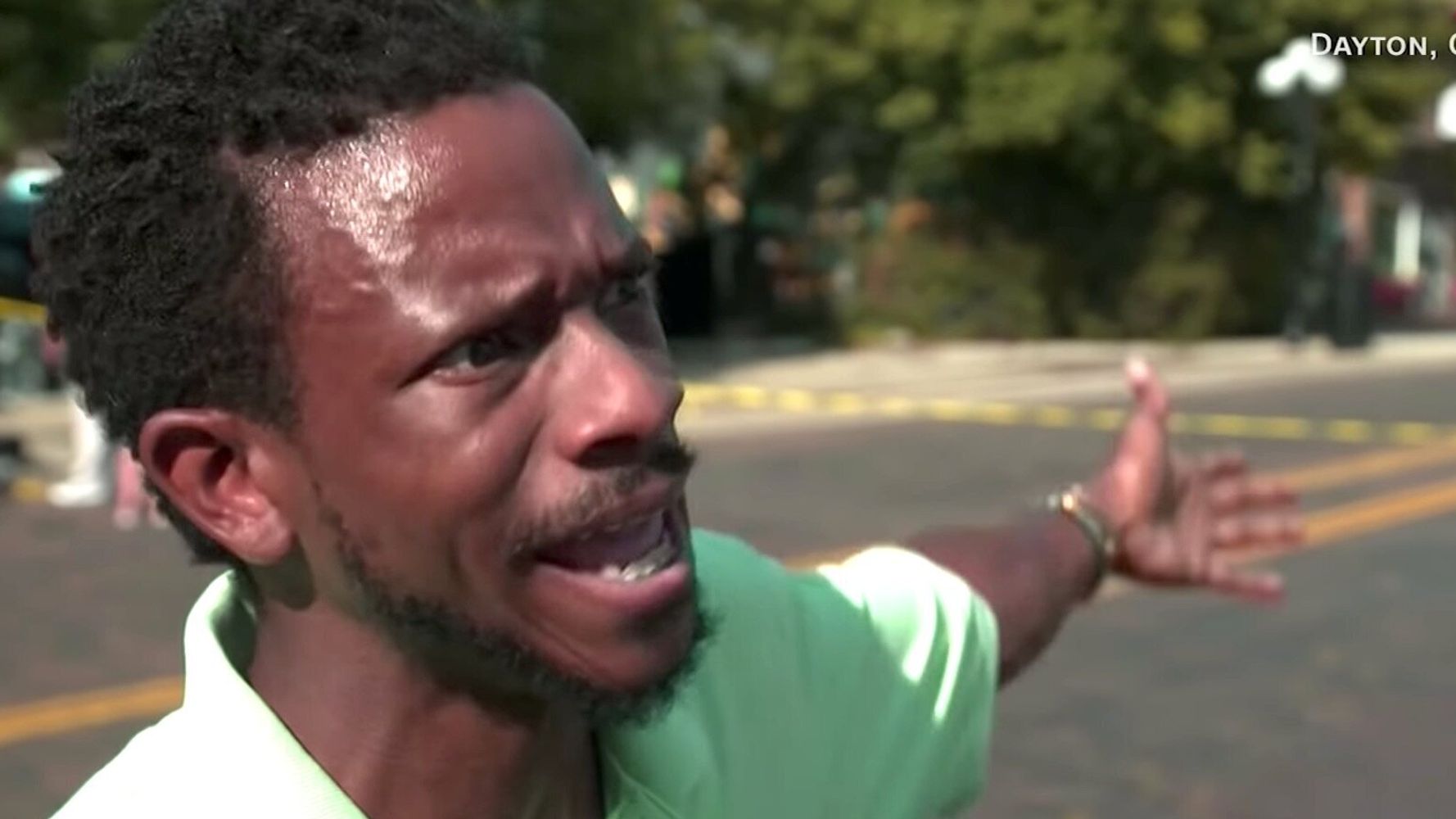 A cousin of two victims in the mass shooting in Dayton, Ohio, is demanding action from elected officials ― and calling on President Donald Trump to come to the scene.

“Do something,” Damon Davenport pleaded in an interview with local ABC station WCPO. “That’s all I want: Do something.”

Davenport is the cousin of Thomas McNichols, 25, and Lois Oglesby, 27, who were among the nine killed by Connor Betts in a mass shooting in the city’s downtown Oregon District early Sunday.

“These were everyday working people that had families that cared about them, that had jobs, that had children,” Davenport told WCPO.

In footage shown on CNN (below), Davenport grew even more emotional as he called for action on gun laws.

“People can just go and buy guns and not even be registered, or not even be qualified,” he said, adding that they can “walk into a gun store and buy high-powered equipment and walk right out and kill people.”

Then he pleaded to Trump directly:

“My cousins did not deserve to lose their life,” he said. “They had children. Hard-working people. All they were doing was enjoying a night on the town and they’re dead. Never to come home again. Never to see their family again. They’re gone. And I want the president to hear this. Donald Trump, I want you to hear this: You need to be here right now. You need to.”

Trump has not indicated if he will visit the scene of the shooting in Dayton, or that of the mass shooting at a Walmart in El Paso, Texas, on Saturday, during which 20 were killed.