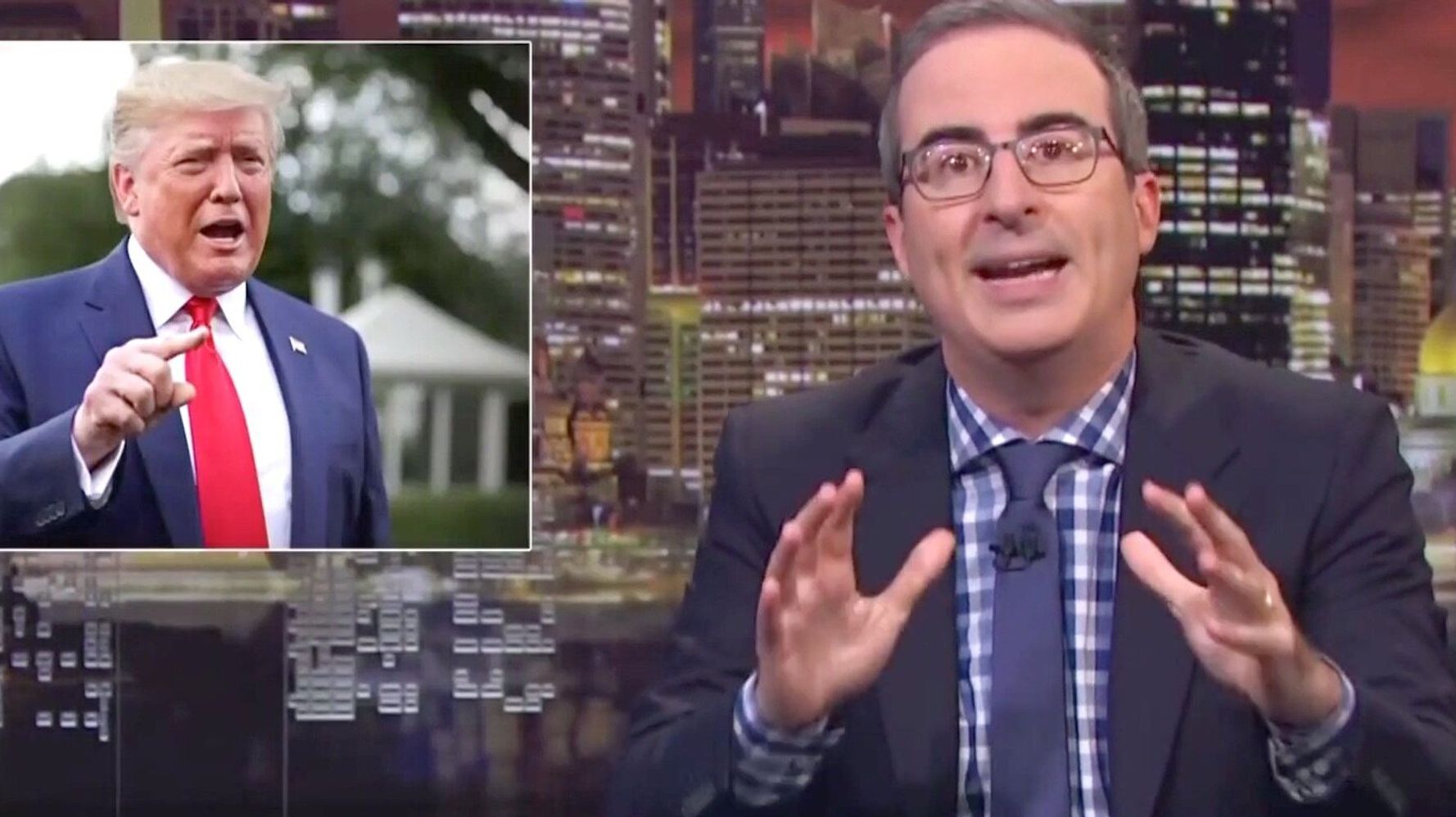 John Oliver called out President Donald Trump for creating an “appalling” atmosphere in which hate can flourish, leading to this weekend’s mass shootings in El Paso, Texas, and Dayton, Ohio.

“Clearly, white nationalism and anti-immigrant hysteria did not start with this president,” Oliver said Sunday on “Last Week Tonight.” “But he certainly seems to have created an environment where those kinds of views can fester and indeed thrive.”

The alleged gunman behind Saturday’s mass shooting in El Paso, in which 20 people were killed, reportedly left a manifesto with anti-immigrant hate speech.

Or, as Oliver put it, the manifesto contained language that “may well be familiar to you from certain cable networks and certain presidents.” He recalled one such moment from earlier this year.

“How do you stop these people?” Trump said at a rally in Florida, referring to immigrants. “You can’t!”

Someone in the crowd yelled, “shoot them!”

Trump chuckled, smiled and shook his head. The crowd also cheered and laughed.

“That’s only in the Panhandle you can get away with that stuff,” he said.

But on Sunday night, Oliver begged to differ.

“Here’s the thing about that: It is not only in the Panhandle where you can get away with that statement,” he said. “You can now get away with this all over the country — and, as he just made painfully clear, in any room the actual president is in, which is absolutely appalling.”

Oliver warned viewers never to grow numb to that kind of behavior.

“Because if that ever, for even a moment, feels like it’s become normal, we are completely fucked,” he said.