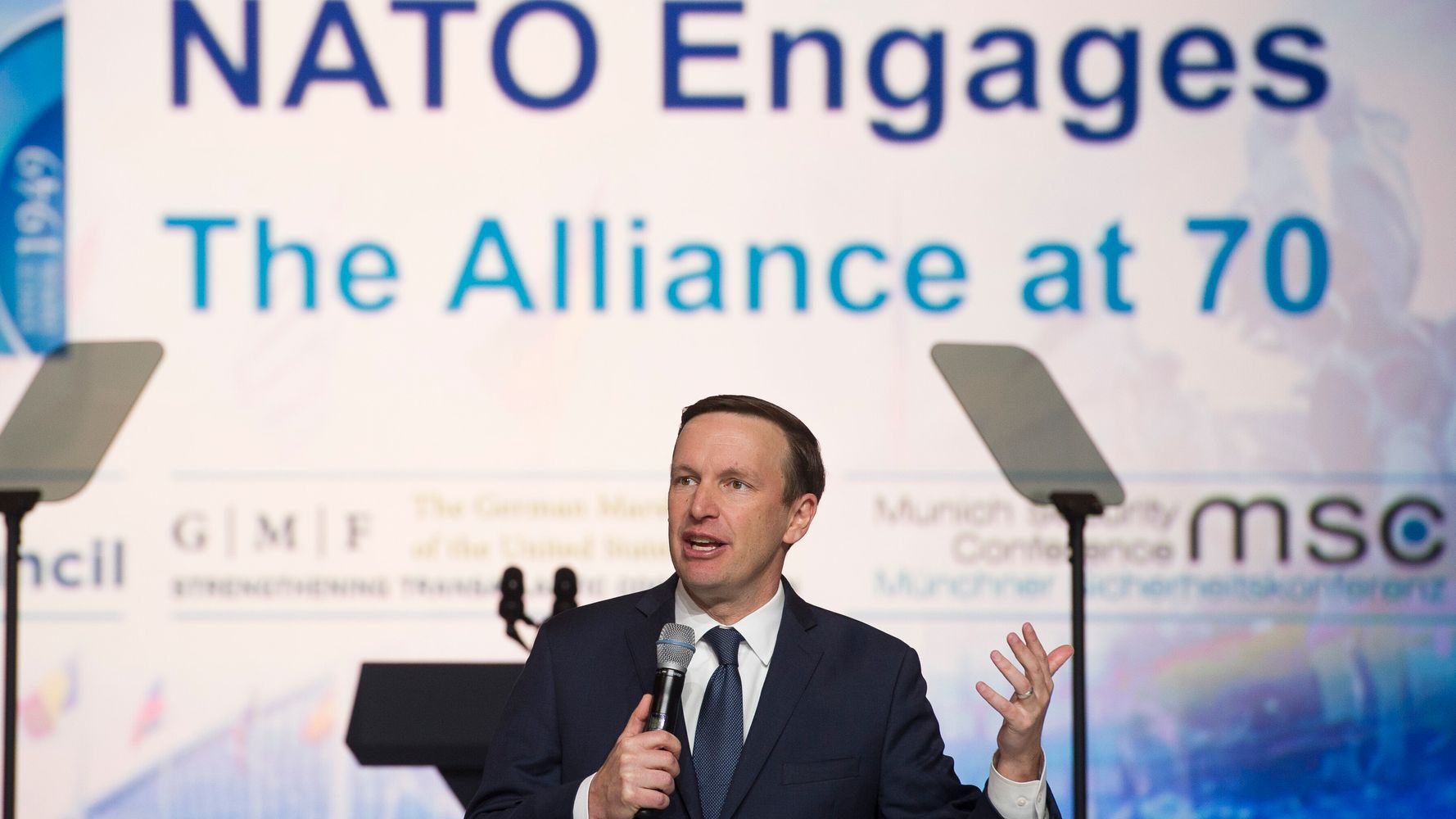 Sen. Chris Murphy (D-Conn.) said Tuesday that a bill sanctioning Turkey over the country’s attacks in northern Syria should include an amendment requiring all presidential candidates, including President Donald Trump, to disclose their tax returns.

The Senate Foreign Relations Committee member’s push for such an amendment comes in response to concern over Trump’s business interests in Turkey ― the Trump Towers in Istanbul ― that the president himself admitted in 2015 was a conflict of interest. While Trump no longer oversees the Trump Organization that Istanbul’s Trump Towers fall under, the company still generates revenue for him.

Trump has maintained a friendship of sorts with Turkish President Recep Tayyip Erdogan over the years, and held a phone call with him shortly before his Oct. 6 decision to allow Turkey, a NATO ally, to invade northern Syria, endangering Kurdish fighters who have been U.S. allies. The abrupt decision combined with the phone call has spurred questions as to whether the president’s order was influenced in part by business reasons.

1/ Is America’s security or Trump’s pocketbook guiding our foreign policy? Now we need to ask that question about Turkey, and evidence is increasing that something really fishy might be going on.

“Congress has a responsibility to get to the bottom of why Trump made this surprise decision,” Murphy said in a statement. “Any legislation that Congress takes up should require the president, and any candidate for president, to disclose their tax returns.”

Trump is the first president in decades to have not made his tax returns public. Indeed, releasing such information has become a routine practice for most presidential candidates.

Trump’s order to pull U.S. troops out of northern Syria prompted an immediate and intense bipartisan backlash; both Republican and Democratic lawmakers have warned that his green light to Turkey would not only kill Kurdish allies but also lead to to a resurgence of ISIS. The Kurds were a huge force in fighting the rise of the Islamic State in the region, and sometimes fought side-by-side with U.S. troops.

In an effort to regain the upper hand in the face of sharp criticism and damaged foreign relations, Trump announced economic sanctions against Turkey to restrain the country’s assault on the Kurds, who Turkey deems as terrorists. Trump also said he was sending Vice President Mike Pence and national security adviser Robert O’Brien to Turkey.

Right now, after Trump’s double cross of the Kurds, we are just in day-to-day crisis management.

Today, the priority needs to be:

1. Holding Turkey to its commitment to stay out of Kobani, a Kurd city where a massacre could took place

“No one but Trump is to blame for the chaos Turkey has unleashed in Syria, and we all need to acknowledge it will be difficult to put the genie back in the bottle at this point,” Murphy said in his statement. “It’s absurd that Trump is now sanctioning Turkey for an invasion that he invited and announced. No one should fall for this attempted about-face.”

Sens. Lindsey Graham (R-S.C.) and Chris Van Hollen (D-Md.) announced an outline late last week of their sanctions bill against Turkey in response to the country’s military operations in Syria. Van Hollen called Trump’s sanctions a “pathetic response” on Monday. Graham told reporters on Tuesday that he and Van Hollen will introduce their bill in the Senate this week.

A spokesperson for Murphy would not say whether the lawmaker believes an amendment on Trump’s tax returns has a realistic chance of passing.

Democrats in Congress have long been trying to get ahold of Trump’s tax returns. The Treasury Department’s acting inspector general is reviewing whether the Trump administration failed to follow proper procedures when it denied a request from Congress for the returns.

A federal judge in California this month blocked a law the state enacted aimed at Trump that required presidential candidates to disclose their tax returns before appearing on California primary ballot. But also this month, a federal judge in New York ordered Trump to turn over eight years of his tax returns to state investigators looking into hush money paid to two women who claim they had affairs with the president.