Donald Trump Jr. Likens Sacrifices Of Fallen Troops To Those Made By His Family 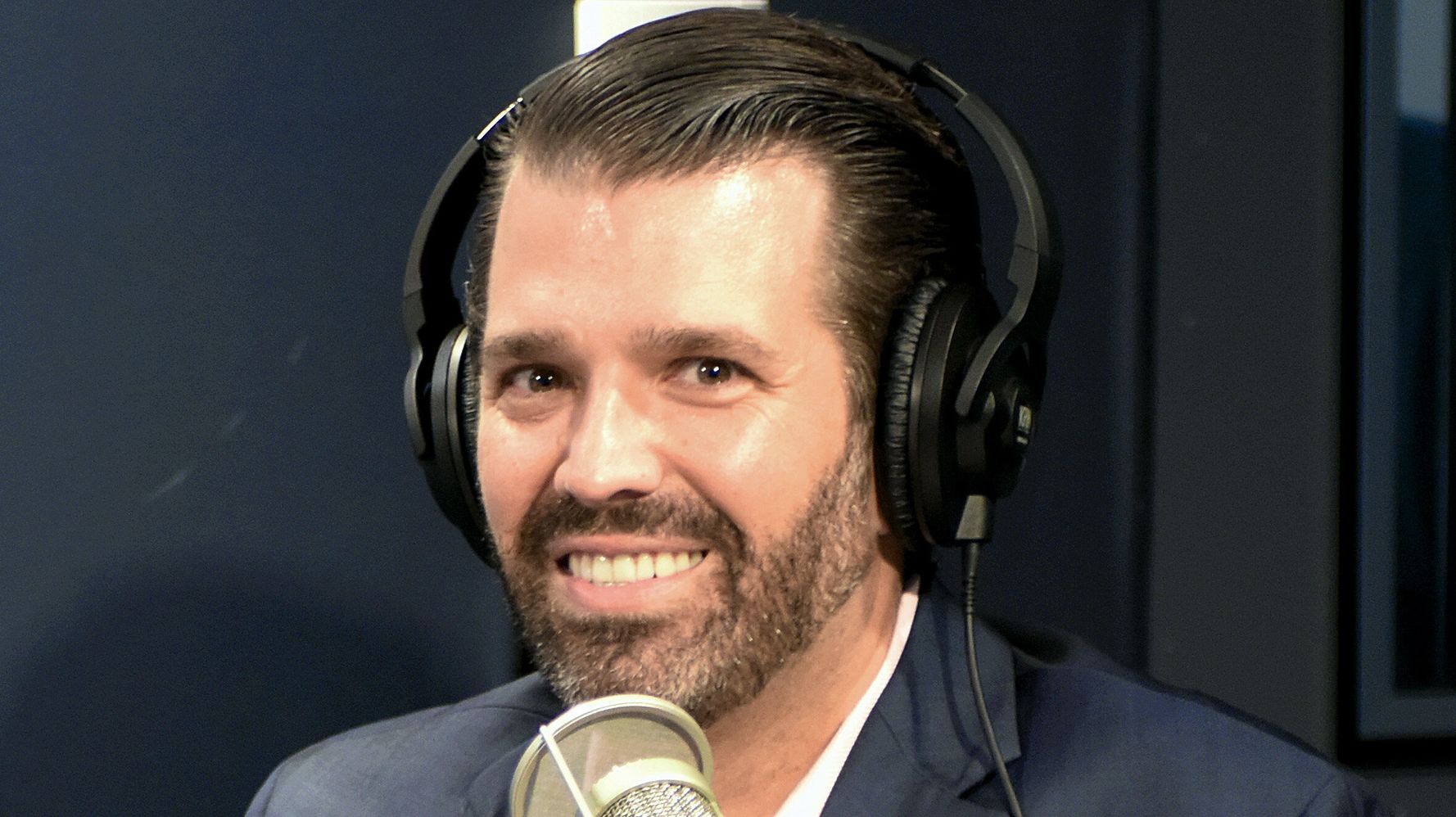 Donald Trump Jr. faced fierce criticism from veterans and others on Twitter for appearing to compare the sacrifices by U.S. troops killed in combat to the financial ones he claimed his family made when his father became president.

President Donald Trump’s eldest son drew scorn for how he described a visit to Arlington National Cemetery the day before his father’s inauguration in January 2017 in his new book “Triggered: How the Left Thrives on Hate and Wants to Silence Us.”

“I rarely get emotional, if ever. I guess you’d call me hyper-rational, stoic,” wrote Trump Jr. “Yet, as we drove past the rows of white grave markers, in the gravity of the moment, I had a deep sense of the importance of the presidency and a love of our country.”

In that moment, I also thought of all the attacks we’d already suffered as a family, and about all the sacrifices we’d have to make to help my father succeed — voluntarily giving up a huge chunk of our business and all international deals to avoid the appearance that we were ‘profiting off of the office.’

Frankly, it was a big sacrifice, costing us millions and millions of dollars annually. Of course, we didn’t get any credit whatsoever from the mainstream media, which now does not surprise me at all.

Robert Maguire, research director for the Citizens for Responsibility and Ethics in Washington, used a Twitter thread to explain how, financially, the Trumps had “done no such thing.”

In his new book, Don Jr writes about a visit to Arlington National Cemetery before his father’s inauguration and compares the sacrifice of the soldiers buried there to “all the sacrifices we’d have to make to help my father succeed.” https://t.co/CpgDtYdSD4 pic.twitter.com/gYOhlGsDWR

And while comparing himself to soldiers who died fighting for their country, Don Jr. lies saying that they would be “giving up…all international deals to avoid the appearance that we were ‘profiting off of the office.'”

They’ve done no such thing.

It’s barely been a week since the company that Don Jr runs, and his father still profits from, made this announcement.

Last I checked, Doonbeg is not in the United States https://t.co/AFHhsQkdZB

And far from avoiding the appearance of “profiting off the office,” President Trump has racked up well over twice as many conflicts of interest as he has days in office.

This Veterans Day, be sure to thank the real heroes: Third-generation multi-millionaires who work at Dad’s company and come from wealth built on decades of fraud and tax evasion.

Rep. Ruben Gallego (D-Ariz.), an Iraq War veteran, tweeted that “even if Donald JR. lived a 1,000 years he will never even get close to being as good and honorable as” the eight men Gallego served with who are buried in the cemetery.

“Sacrifice is only a word to the Trumps,” the lawmaker added.

Eight men I served with are buried in Section 60 of Arlington. I visit them monthly. Even if Donald JR. lived a 1,000 years he will never even get close to being as good and honorable as they were. Sacrifice is only a word to the Trumps. https://t.co/47eIc9SBPg

Lots of things we can say. But it is all captured by one word:

You know nothing of sacrifice, @DonaldJTrumpJr. Nothing. https://t.co/PfYoEdkbU1

My grandfather earned a Purple Heart in WWII and my 2 uncles served in Vietnam.

I cannot imagine anyone making such an unpatriotic statement comparing their service to running for office. https://t.co/hDVRfLKF60

Soldiers killed for our freedom.
vs.
Supposed business “sacrifices.”

Yes, dying for your country is totally akin to Trump Jr.’s “sacrifices.” Excuse me while I hurl. https://t.co/mfxU1jxorM

Good lord.
Hey, Don Jr., unless you sacrifice your life for your country, there is no comparison, ever, by any of us, to what those men and women have done. https://t.co/Ppa1aNVueM

Imagine going to Arlington … and being moved to think about money. You are a soup sandwich, @DonaldJTrumpJr, and my friends buried there would tell you the same thing. https://t.co/NIZVYTqnee

Sure, your relatives might have died in combat but what did you give up in order to feed your father’s bottomless need for validation? https://t.co/jd4AgMtGfK

I remember back in the day when this trait, this disgusting, glory stealing, clueless narcissism, would repell people. https://t.co/a1GAdJGgvM

Think of what our military families go through every single day with their loved ones deployed. Getting by on SNAP in dilapidated housing while their loved ones put their very lives on the line each day. And then the president’s millionaire son compares his sacrifice to theirs. https://t.co/1kCdYk7im4

A family of corrupt sociopaths. https://t.co/DUuvISuiDD

Be sure to remember Don Jr. next Memorial Day. https://t.co/cUx921QM3b

Every time you wonder if there is no bottom to the Trump family’s self-regard, they come through with an answer. https://t.co/5s1izaVMlo

Wow. What a slanderous hit piece on the Trump family. It says that Trump complained about sacrificing money while viewing the graves of dead soldiers in Arlington National Cemetery? Outrageous! I wonder which fake-news Democrat reporter wrote thi…

This is like the”Curb” episode where a “Survivor” contestant compares his suffering to that of a Holocaust survivor. https://t.co/EOgttRw2y3

Federal Judge Rebukes Trump In Speech: ‘This Is Not Normal’