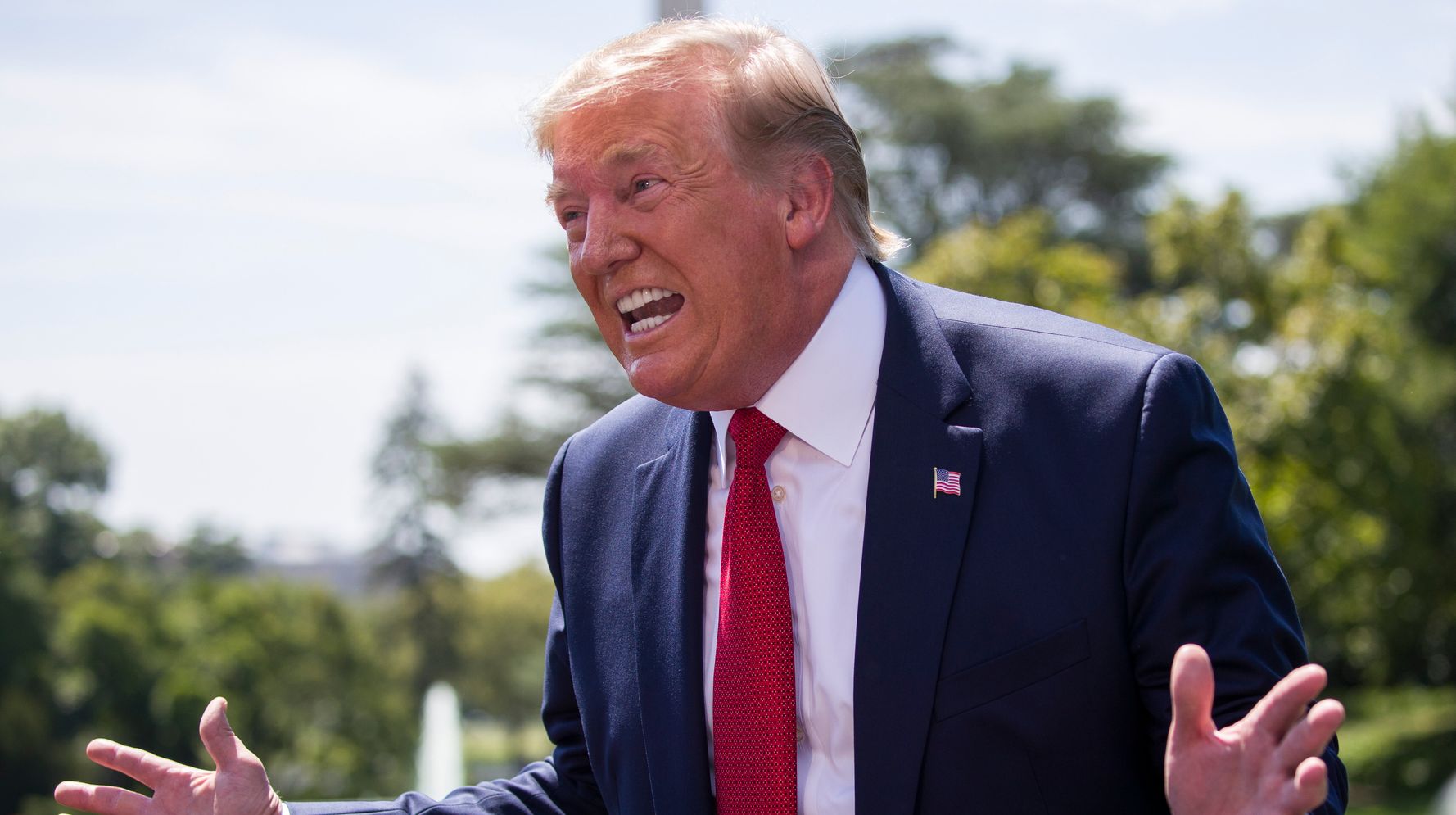 “If you vote for a Democrat, you’re being disloyal to Jewish people and you’re being very disloyal to Israel,” the president told reporters outside the White House. “Only weak people would say anything other than that.”

The statement was a doubling down of comments he’d made a day prior while attacking Reps. Rashida Tlaib (D-Mich.) and Ilhan Omar (D-Minn.), who have leveled criticisms at Israel’s government.

“I think any Jewish people that vote for a Democrat, I think it shows either a total lack of knowledge or great disloyalty,” Trump said. (About 79% of Jewish voters voted for Democratic candidates in the 2018 midterm elections, according to the Pew Research Center, so that’s Trump calling 8 in 10 American Jews either ignorant or disloyal.)

Later, Trump tweeted out a lengthy quote from conspiracy theorist Wayne Allyn Root that said he was the “greatest President for Jews and for Israel in the history of the world” and that “the Jewish people in Israel love him… like he’s the King of Israel.”

And speaking of a God complex…

He Called Himself ‘The Chosen One’

Speaking to reporters outside the White House on Wednesday, Trump blamed the media for reporting on the possibility of a looming recession, defended a failing trade war against China, and called himself the “chosen one” while looking up at the sky.

“The fake news, of which many of you are members, is trying to convince the public to have a recession,” Trump said. “Let’s have a recession! The United States is doing phenomenally well. But one thing I have to do is economically take on China, because China has been ripping us off for many years.”

He said his life would be “easier” if he hadn’t decided to embark on a trade war with China, then tried to deny responsibility, saying “this isn’t my trade war.”

He Reversed On Gun Control And Payroll Tax Cuts

Trump made clear he is still in the pocket of the National Rifle Association when he walked back a sensible gun control measure that would require stronger background checks.

But Trump later spoke to NRA chief executive Wayne LaPierre and assured him that universal background checks were off the table, as The Atlantic reported Tuesday. The day Trump spoke to LaPierre, he also walked back his language to reporters in the Oval Office.

“We have missing areas, and areas that don’t complete the whole circle. And we’re looking at different things,” Trump said. “And I have to tell you that it is a mental problem. And I’ve said it a hundred times, it’s not the gun that pulls the trigger, it’s the people.”

He later denied ever saying universal background checks were off the table.

And this Wednesday, Trump said he would not cut taxes to help battle an economic slowdown, just one day after saying the opposite, CNBC reported.

“I’m not looking at a tax cut now,” Trump told reporters Wednesday. “We don’t need it. We have a strong economy.”

But with the possibility of a recession growing, and Trump’s tweets attacking the Federal Reserve, the economy may not look good for long.

Meanwhile, amid the absurdity of the past 24 hours, Trump and his administration have continued to methodically gut environmental protections, trample civil liberties and keep kids in cages indefinitely. But he’ll probably start acting presidential any day now.