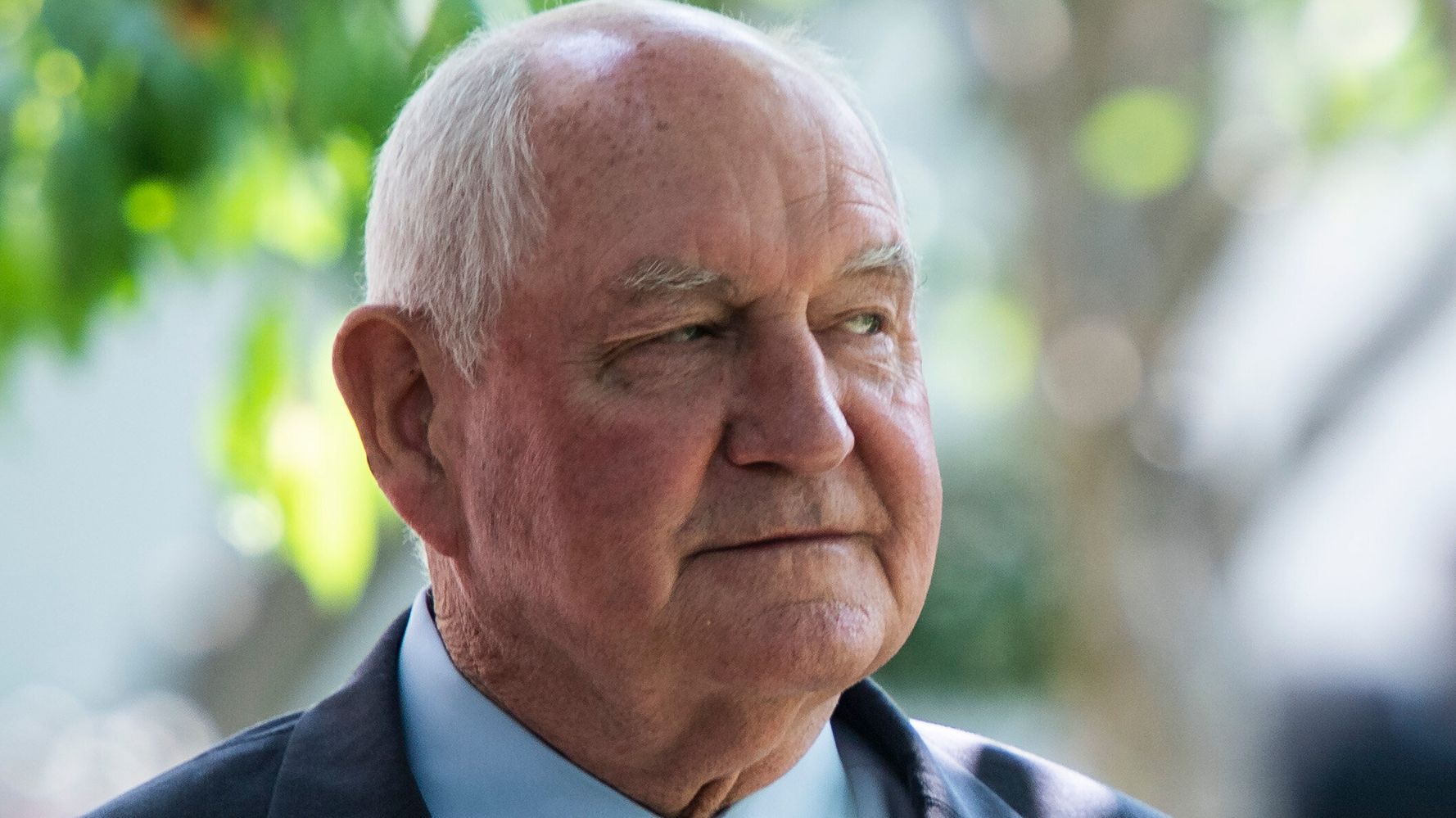 America’s farmers have apparently been demoted by the Trump administration from “great patriots” to “whiners,” according to a tone-deaf joke by Agriculture Secretary Sonny Perdue. Farmers, struggling with plunging income and bankruptcies amid President Donald Trump’s trade war, were stunned.

Perdue made the joke while getting heat last week from Minnesota farmers complaining about, among other things, the latest blow to their businesses from the trade war. China has canceled all purchases of U.S. farm products in retaliation for Trump’s decision to impose 10% tariffs on $300 billion in Chinese imports.

At a Farmfest listening session with farmers in Minnesota, Perdue hit back at the complaints with his joke: “What do you call two farmers in a basement? A whine cellar.”

As he pounded the table in mirth, some of the thousands of farmers at the event laughed nervously — which was followed by boos.

“It was definitely not an appropriate thing to say,” Minnesota Farmers Union President Gary Wertish told HuffPost. “It was very insensitive. It took everyone by surprise. He doesn’t understand what farmers are dealing with, and he’s the head of the Department of Agriculture. He’s supposed to be working for farmers.”

Wertish said several farmers have complained about Perdue’s comment to him in person and via email.

Net farm income in America has plunged by nearly half over the last five years from $123.4 billion in 2013 to $63 billion last year. It plummeted by 16% last year alone, Time reports. Farmers have filed a record number of bankruptcies since the start of Trump’s trade war with China.

“I’m sitting down with farmers across my district and I know for a fact that they are not whining,” she told HuffPost. “They’re stressed and they’re scared. Family farmers are experiencing the real consequences of an escalating trade war and rapidly disappearing markets.”

Craig’s grandfather lost his job as a farm foreman in the 1980’s farm crisis. “I’ve seen what that does to families,” she said.  “We need the administration to implement trade policies that prioritize family farmers, not increase uncertainty.”

Trump has hailed farmers as “great patriots” apparently willing to risk their livelihoods in service to his trade war. He has arranged for $28 billion in subsidies to farmers to cushion the blow, but farmers and agriculture policy experts say it’s not enough to make up for lost revenue, according to The New York Times. They also worry that the pricey subsidies paid by taxpayers will undercut public support for the farmers, Wertish said, with some already characterizing the program as welfare.

Farmers fear that even if a deal is finally reached with China, markets for American farm products will be lost forever as farmers in countries like Brazil scoop up new contracts with China, according to CNBC.

Wertish criticized Trump’s “go-it-alone” approach in his battle against a powerful nation in a trade war that he boasted at the start of his presidency would be “easy to win.”

When struggling farmers don’t have enough future trade to secure a bank loan, the “banks don’t say, ’You’re a patriot, you don’t have to pay your bills,’” said Wertish.

Perdue’s entire Farmfest listening session is available below. His “joke” — followed by boos — begins at 53:05.