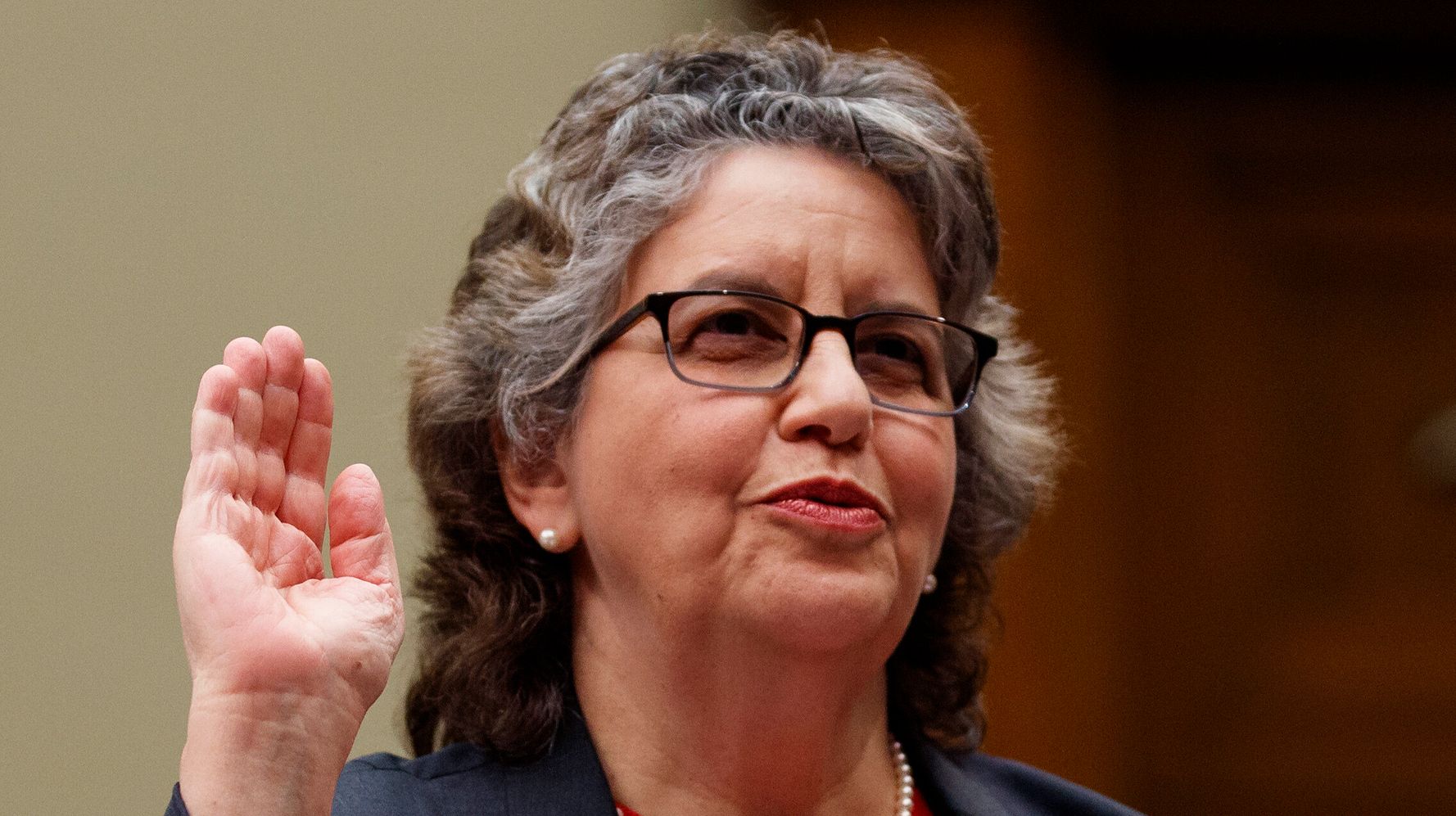 Federal Election Commission Chair Ellen Weintraub apparently has had it with President Donald Trump’s repeated baseless claims about election fraud. She sent him a letter Friday demanding that he turn over any information backing them up — or drop the subject.

Weintraub said she was using words a “former casino operator” could understand: “You need to lay your cards on the table — or fold.”

In this letter, I ask him to back up his claims in terms a former casino operator should understand: “There comes a time when you need to lay your cards on the table or fold.” pic.twitter.com/vkddT1jGmH

Since Trump lost the popular vote in 2016, he has insisted — without evidence — that the 3 million votes he lost by, plus millions more, were fraudulent and cast illegally by noncitizens.

Trump established an expensive investigative voter fraud panel in 2017 headed by Vice President Mike Pence and Republican Kris Kobach, who was Kansas’ secretary of state at the time. It was dissolved suddenly and without any results supporting Trump’s claims.

In addition to winning the Electoral College in a landslide, I won the popular vote if you deduct the millions of people who voted illegally

Despite that, Trump yet again cried voter fraud in his campaign speech in New Hampshire on Thursday. He told reporters beforehand that he should have won the state but “thousands and thousands of people” came in from “locations unknown” to vote. He added: “But I knew where their location was,” apparently implying again that undocumented immigrants were to blame. He said during his speech, “We should have won here. It was taken away from us. It’s not your fault.”

Weintraub reminded Trump in her letter to him that, yet again, he has not “provided any proof of these allegations.”

She upbraided the president: “Our democracy depends on the American people’s faith in our elections. Your voter-fraud allegations run the risk of undermining that faith. Just as seriously, baseless allegations of fraud have been used to rationalize indefensible laws that deter certain U.S. citizens from exercising their right to vote. Words matter, and facts matter.”

She concluded: “I ask you, once again, to provide any evidence you may have to … substantiate your claims.”

In a major case of voter fraud uncovered in North Carolina this year, Republicans — not Trump opponents — were the beneficiaries of the fraudulent votes.

The last time Weintraub checked Trump — without mentioning his name — was when he said in June that he would welcome dirt on opponents in his 2020 race from foreign countries.

“Let me make something 100% clear to the American public and anyone running for public office: It is illegal for any person to solicit, accept, or receive anything of value from a foreign national in connection with a U.S. election,” she wrote in a statement.

“I would not have thought that I needed to say this,” Weintraub tweeted.

I would not have thought that I needed to say this. pic.twitter.com/T743CsXq79