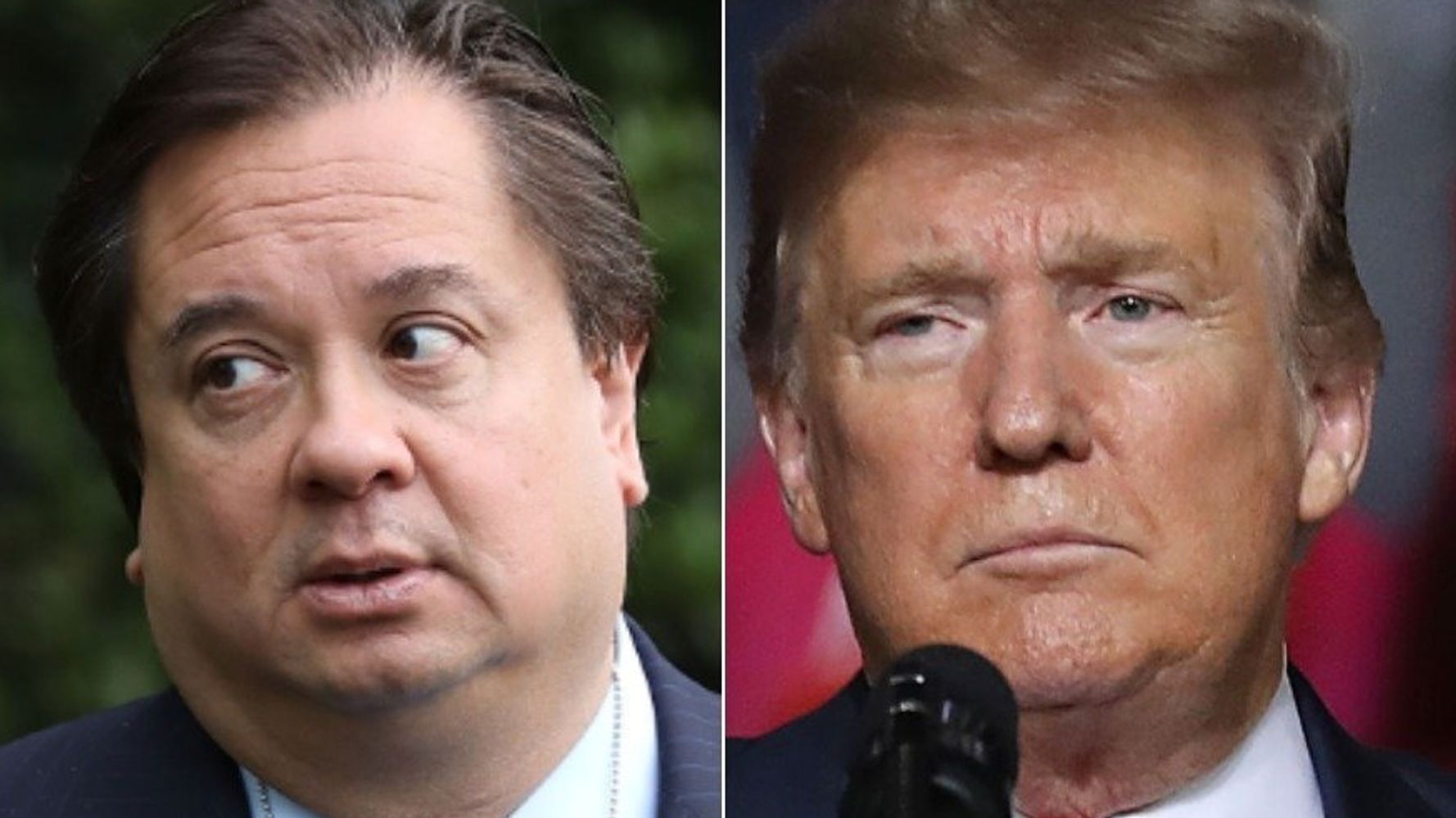 President Donald Trump’s event in Pennsylvania on Tuesday had so many distortions that one of his biggest critics briefly ran out of words.

Conservative attorney George Conway ― husband of White House counselor Kellyanne Conway ― used a single word to describe the wild claims and outright lies made by Trump at an energy plant outside of Pittsburgh.

The speech was technically an official White House event on energy and manufacturing, but instead resembled one of Trump’s campaign rallies, complete with attacks on rivals and critics and more than a few outlandish claims.

At one point, as he has done some 75 times before according to the Toronto Star, Trump took credit for signing the Veterans Choice health care program into law.

It was actually signed by President Barack Obama in 2014.

At another point, he suggested the main U.S. export to Japan is wheat.

“They send us thousands and thousands, millions, of cars,” Trump said. “We send them wheat. Wheat! That’s not a good deal.”

But the website of the U.S. Trade Representative ― part of the Executive Office of the President ― notes that wheat is just $698 million of $120.4 billion in U.S. exports to Japan.

Trump even seemed to think the afternoon event was taking place in the morning.

Conway shared a series of tweets from CNN fact-checker Daniel Dale and seemed to run out of words to describe some of Trump’s claims, settling for that single word in three of the five tweets:

because all they care about is listening to a self-obsessed man talk about himself and his problems https://t.co/aZf2TQZeL8

how many times can he tell this lie https://t.co/pcDU3qbduc

Prior to the event, Conway also shared his thoughts on whether or not Trump’s “cray cray” is getting worse:

It’s not you, and you are quite correct. https://t.co/BGu5B0JKea

Headlines on this article have been updated to reflect that the event wasn’t an official campaign rally.