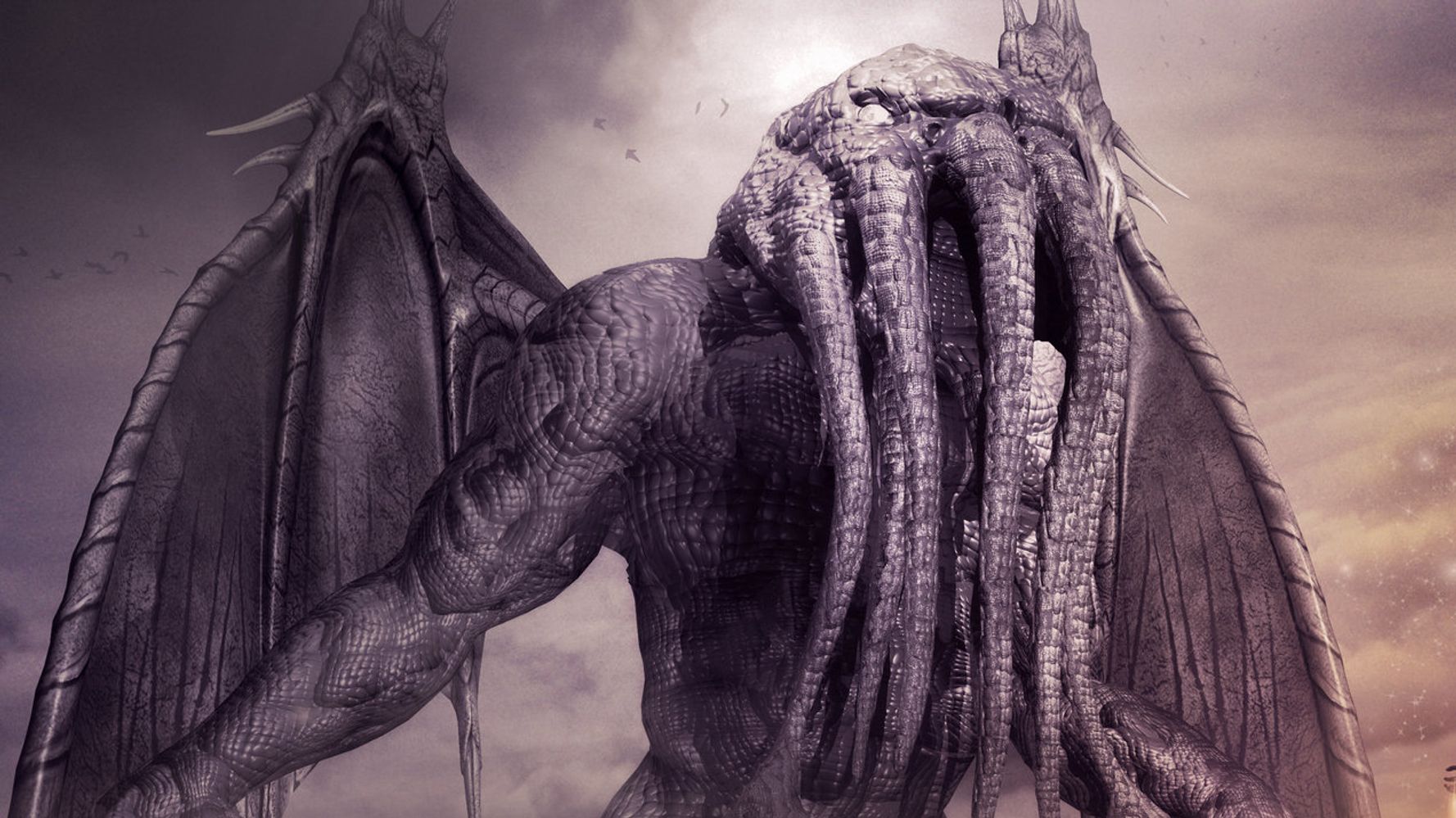 The logo features the GOP elephant mascot in front of a large crown, the symbol of Charlotte, the Queen City, which is where President Donald Trump is expected to accept the nomination to seek his second term next August.

But much of the crown is obscured, leaving what looks like a tangle of arms ― or perhaps tentacles ― ominously emerging from behind the elephant.

Some people thought the logo looked like an elephant in front of an octopus. Others saw a mind flayer from the hit Netflix show “Stranger Things.” Still others thought it looked like the logo for Hydra, a terrorist group in the Marvel Universe. And many saw Cthulhu, one of the dreaded Great Old Ones from the tales of early 20th-century horror author H.P. Lovecraft:

That logo suggests it will be Elephant v. Cthulhu 2020. Why does the Elephant have those stars? How long till someone suggests this is all the mark of the beast? pic.twitter.com/XVJhIaWKHa

So – the GOP’s 2020 logo is an elephant, riddled with bullets from the spawn of Trump, trumpeting out a last warning to others as Cthulhu rises up behind it to bring madness to the world?

That’s actually pretty good. Give whoever came up with it a raise.

Why the hell is your logo Cthulhu eating a baby star elephant? #marketingfail

Is that Cthulhu behind the elephant? Because it’s on brand.

Four problems: The flag of Thailand 🇹🇭 adorns the bottom of this logo. As a graphic designer, I can see clearly that the letter spacing is erratic. Also, the crown behind the elephant reads like a ribcage of a deceased elephant. The live elephant looks like a circus animal.

The elephant, dwarfed by an unfathomable, tentacled, Cthulhu-esque monster that forces it to act and dance at its will.