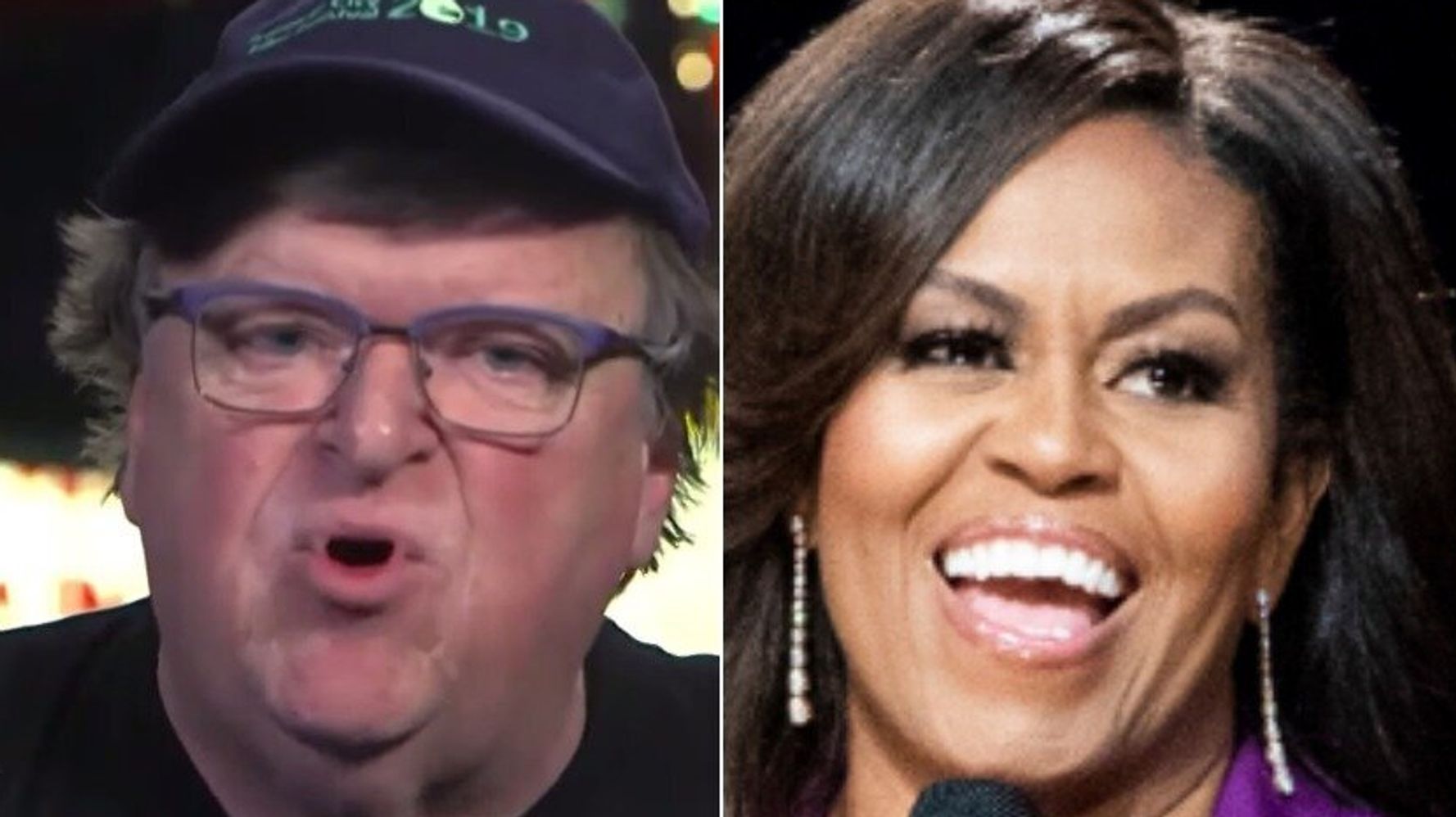 “Her last name rhymes with Obama,” he said on MSNBC on Wednesday night. “In fact, it is Obama — Michelle Obama.”

The only problem? She’s not running, but Moore said he has a plan for that.

Moore, who predicted Trump’s victory in 2016, said it’s not enough to beat Trump. After all, Hillary Clinton won the popular vote by nearly 3 million ballots and still lost the election.

“The only way to remove Trump is to crush Trump,” Moore said. “And that’s the question that has to be asked, who can crush Trump? Who’s the street fighter?”

Moore called Obama a “beloved American” who was “playing 15,000-seat arenas in the Midwest” on the tour to promote her bestselling memoir, Becoming.

“They have to turn people away,” Moore said. “She takes the stage and she’s so powerful and so good. You just look at that and you think, ‘Of course. She could win.’”

Obama has expressed no interest in running. However, Moore thinks she can be persuaded:

“Well, has anyone asked her? I think if she were asked, ‘Look, we’re sorry about this, we have to come back to you. You have to go back to the White House. Your country needs you.’ If asked to serve, I believe she would serve.”

Obama has, in fact, been asked ― repeatedly ― and has said she has no plans to run.

“There’s zero chance,” she told Amtrak’s magazine The National in an interview with 12-year-old journalist Hilde Lysiak that was published this week.

Obama, who last year topped the Gallup annual poll of most admired women in the world, added:

“There are so many ways to improve this country and build a better world, and I keep doing plenty of them, from working with young people to helping families lead healthier lives. But sitting behind the desk in the Oval Office will never be one of them. It’s just not for me.”