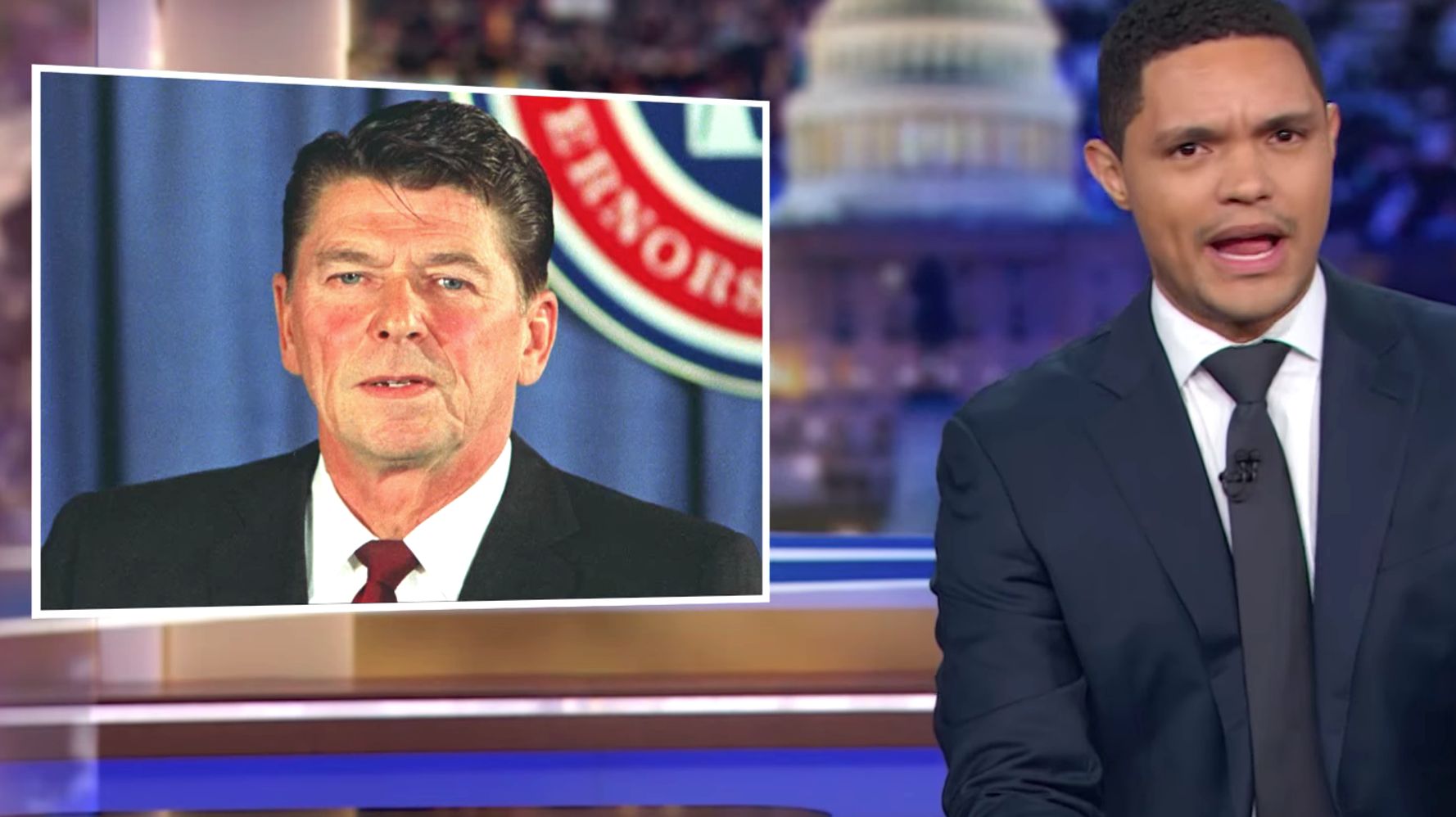 Trevor Noah on Thursday said late President Ronald Reagan “officially has a racist asterisk next to his name” after audio resurfaced in which he called United Nations delegates from African countries “monkeys.”

Noah, the host of Comedy Central’s “The Daily Show,” said it was “disturbing” to note how America has a history of racist presidents.

“But look on the bright side,” he added. “It also means Donald Trump is more presidential than we thought.”

Check out the segment from the 4:45 mark below: