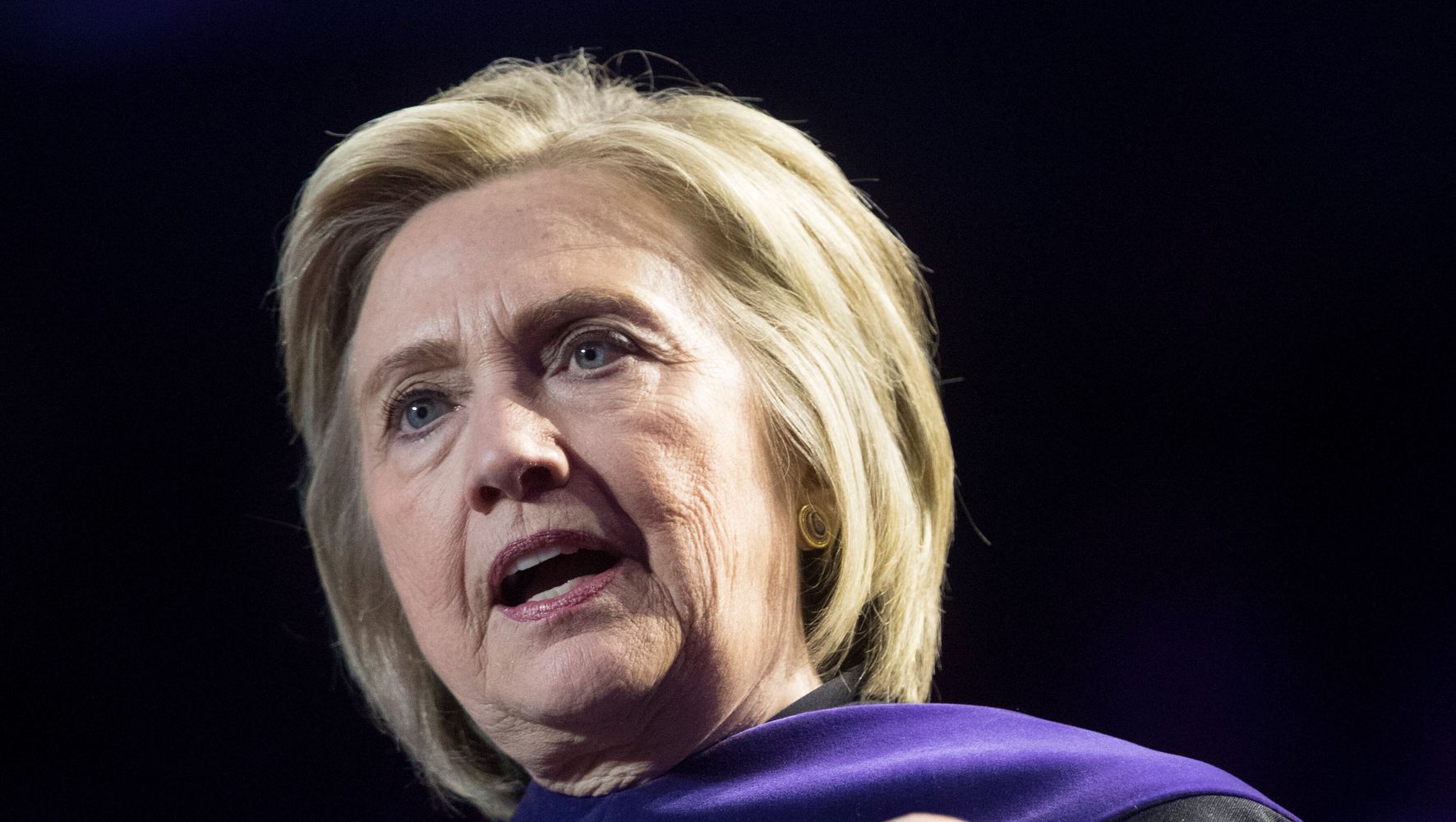 Hillary Clinton landed an icy dig on Friday amid the controversy over President Donald Trump’s alleged strong-arming of the Ukrainian president to investigate political rival Joe Biden and his son.

“The president asked a foreign power to help him win an election. Again,” she dryly tweeted — clearly referencing Russia’s role in the 2016 presidential election.

The president asked a foreign power to help him win an election.

Clinton attached a clip of Trump attorney Rudy Giuliani’s meltdown in a CNN interview Thursday when he said that “of course” he called on Ukrainian officials recently to investigate Biden, after initially denying it.

Clinton’s attack was one of several in the wake of a Wall Street Journal article published Friday which reported that Trump pressed Ukrainian President Volodymyr Zelensky “about eight times” in a July phone call to work with Giuliani on an investigation of the former vice president’s actions as well as those of his son, Hunter.

Giuliani has claimed that Biden worked when he was vice president to shield a Ukrainian energy company linked to Hunter from a corruption probe. A Ukrainian official said earlier this year there was no evidence of any wrongdoing by either Biden.

Trump’s request for a Ukrainian investigation into the Bidens is part of a secret complaint filed against the president by a whistleblower in the intelligence community, The New York Times reported Friday.

Trump hasn’t denied pressing Zelensky to investigate the Bidens. He has described the call with Zelensky as “beautiful,” and said it “doesn’t matter what I discussed.”

The possibility of a president leveraging the power of the U.S. government on a foreign country to probe a political rival to help his reelection has begun to trigger calls for impeachment.

Former Texas Rep. Beto O’Rourke, former Secretary of Housing and Urban Development Julian Castro, New Jersey Sen. Cory Booker and Massachusetts Sen. Elizabeth Warren appeared to be the first of the Democratic presidential contenders to call for Trump’s impeachment over the matter on Friday. Like Clinton, both O’Rourke and Warren referred to Russian interference in the 2016 election.

In 2016, President Trump asked Russia to interfere in our elections. In 2020, he’s asking Ukraine to do the same.

If no one is above the law, then we have no choice but to impeach this president.

When will Congress have the courage to act? https://t.co/mHjkKSC3AK

This story is stunning and should be shaking Washington right now—Donald Trump’s moral vandalism disqualifies him from being president. As I’ve said before, it’s time for impeachment proceedings. https://t.co/DSiv1kjxz1

Donald Trump is a criminal.

He must be impeached immediately.https://t.co/1CZYWxuCc1

After the Mueller report, Congress had a duty to begin impeachment. By failing to act, Congress is complicit in Trump’s latest attempt to solicit foreign interference to aid him in US elections. Do your constitutional duty and impeach the president.

Rep. Joe Kennedy (D-Mass.) said Trump should be impeached if he is blocking the whistleblower complaint from being released to congressional investigators.

This may be a lawless President, but this isn’t a lawless land. Listening to & protecting whistleblowers isn’t just the right thing to do, it’s the legal thing to do. If Trump is obstructing this complaint, we can add it to the articles of impeachment.

Everything Nixon did during Watergate pales in comparison to Trump using the power of the Presidency to pressure a foreign leader who needs U.S. Aid to investigate a political opponent.

The House has no choice.

They have to begin impeachment proceedings https://t.co/QJYnJ8jNix