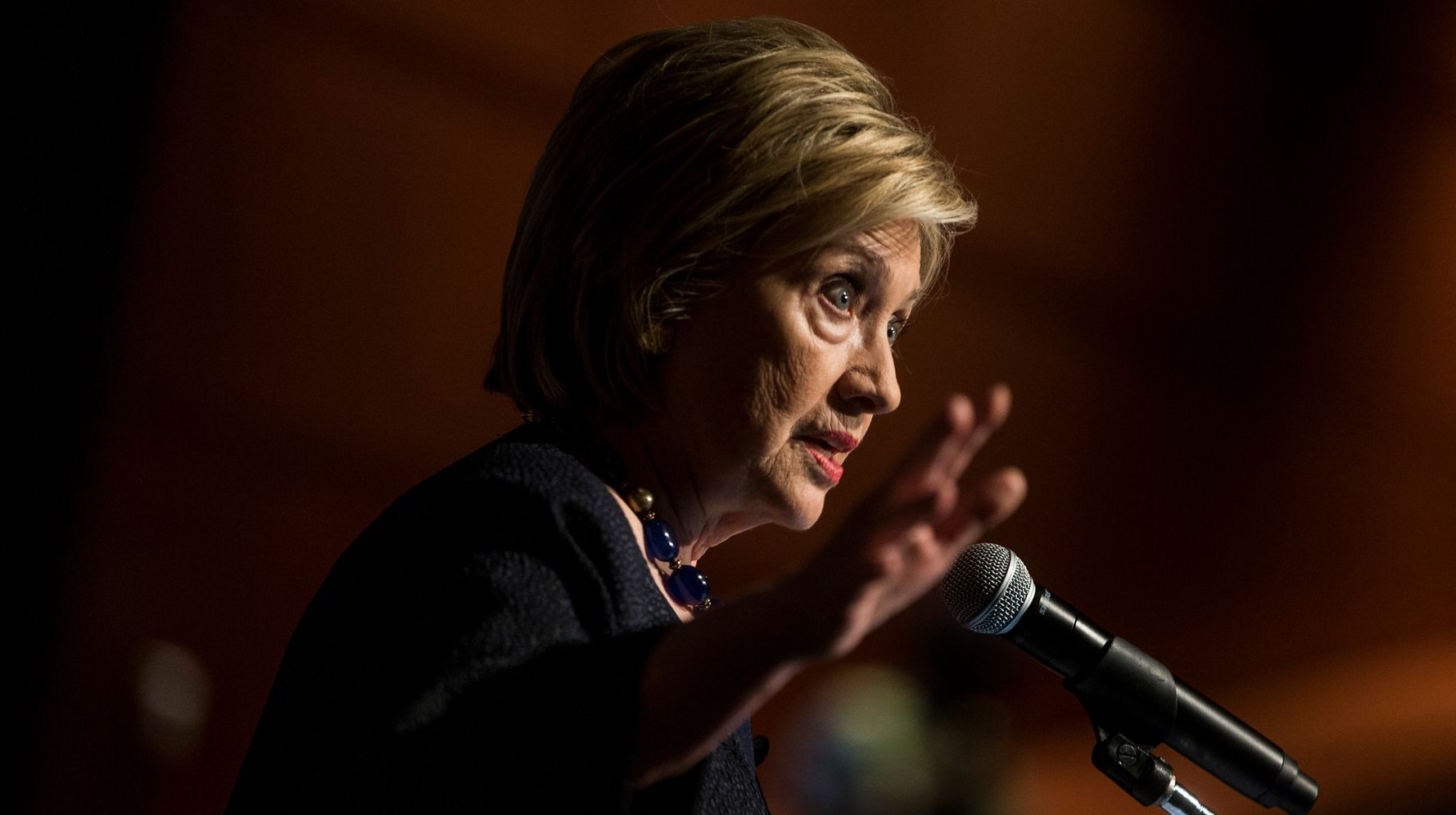 Hillary Clinton served Facebook a fresh round of criticism Tuesday for its role in providing President Donald Trump with a massive platform for his reelection fight, which reportedly includes fake endorsements, money-making scams and deceptive information.

At the “In Defense of American Democracy” conference at George Washington University, Clinton sounded the alarm on “Trump’s propaganda efforts,” citing a “very disturbing” investigation into his advertising by journalist Judd Legum.

“The Trump campaign is already spending hundreds and hundreds of thousands of dollars on Facebook each week to spread fake endorsements and outright lies about Democrats,” she said. “They have been doing this since after the 2017 inauguration, but it’s getting at an even higher velocity now.”

Clinton added that “even though these posts violate Facebook’s stated terms of service, they’re still up.”

“Facebook is still paid for them. And the people who are targeted to receive them still believe them,” she said.

According to Legum’s newsletter, Popular Information, the Trump campaign has used stock photo models to offer phony endorsements in Facebook videos. The attractive models smile as voiceovers offer support for the president.

In a NowThis feature on his reporting, Legum said that the campaign has also used Facebook ads to ask voters to make an immediate donation in order to enter contests to win items such as a signed “Make America Great Again” hat. The contests are said to have enrollment deadlines of 11:59 p.m. on that given day ― but they actually are promoted for multiple days or even weeks, Legum said.

The ads are designed, he said, to “scam” Trump supporters.

Earlier this year, about 2,200 ads claimed an “invasion” was taking place, many of them warning social media users that “illegal immigration is a serious threat to our country.”

Clarification: This story has been updated to clarify that the conference was held at George Washington University but was not sponsored by the school.