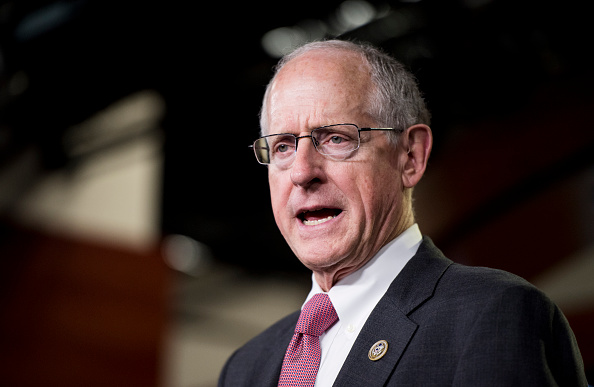 Republican Congressman Mike Conaway released a statement Wednesday condemning a Democrat-run impeachment inquiry as an act of “pure hatred” toward the President instead of a fair and legal process.

The eight-term Congressman said the Democrats initiating this inquiry are not adhering to congressional norms and are withholding critical information from GOP members.

“House Democrats, many of whom have been calling for the impeachment of this president since he was elected in 2016, have denied Republican colleagues access to critical evidence and other integral information. It is clear that their actions are motivated by pure hatred, which Speaker Pelosi herself once warned against, for this president.”

Conaway, who is the Ranking Member of the House Committee on Agriculture, also serves on the House Armed Services Committee and the Permanent Select Committee on Intelligence.

“#DoNothingDemocrats have been calling for impeachment for years, and it’s not hard to see their true motivation,” the House GOP wrote on Twitter on Oct. 10. “It’s not about the facts. It’s all about politics.”

“The Democrats in Congress do not believe in the rule of law,” House Minority Leader Kevin McCarthy (R-Calif.) wrote on Twitter on Oct. 9. “They are trying to discredit the democratic process by removing a duly-elected President, without any basis for impeachment.”

Rep. Mike Kelly (R-Penn.) wrote in an Oct. 9 tweet, “Impeachment isn’t a game but @HouseDemocrats are treating it like one. Americans elected their reps to solve problems, not undo elections they can’t accept. The real crime here is the political theater meant to obstruct @potus @realDonaldTrump & Congress from getting things done!”

“An ‘impeachment inquiry,’ a phrase which Speaker Pelosi and Congressional Democrats are casually tossing around, is a historically required vote taken at the start of the formal impeachment process, allowing the House Judiciary Committee’s impeachment investigation to begin,” Conaway’s statement reads. “It is not, as it is currently being used, a broad, non-binding allowance for House Democrats to allow their politically-driven whims to take them wherever it is they would like to go.”

Republicans and Democrats have opposing views on the necessity of a full House vote to open an impeachment inquiry, with Nancy Pelosi (D-Calif.) and her caucus saying a vote isn’t required and Republicans insisting that a vote is in order.

The Constitution gives the House of Representatives the authority to begin impeachment proceedings with a majority vote but it does not specifically lay out how that process is governed.

Conaway continues, “Without any transparency or accountability, this process will continue to spiral wildly out of control and now impeachment, thanks to the Democrats, is a political tool instead of the Congressional responsibility that it should be. Our country, and our citizens, deserve better than this.”

According to Milton Standard Journal, congressman Fred Keller (R-Pa.), said text messages and emails being released by Democrats are being done so out of context.

“It can’t continue to run this way, where it’s not transparent,” Keller said. “If there are articles of impeachment drawn up and voted on, there would be transparent hearings.”

If a majority of House members do formally vote to impeach the president then the process moves to the other chamber where senators become jurors to try the President.

The Senate, which currently has a Republican majority, has the power to decide whether to hold an impeachment trial. Under Article I, Section 3 of the Constitution, the Senate has the “sole Power to try all impeachments.”