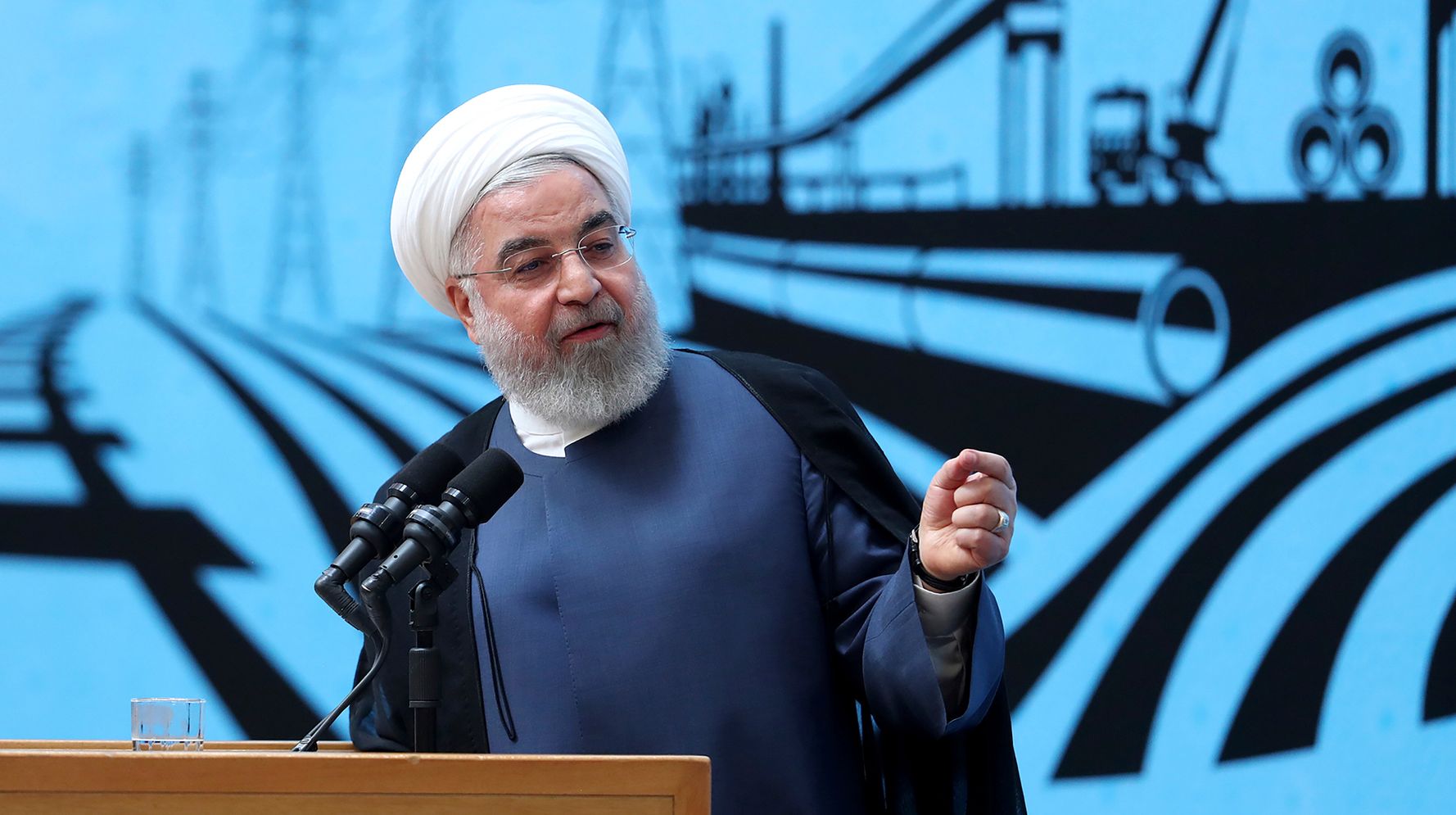 TEHRAN, Iran (AP) — Iran’s president back-pedaled Tuesday on possible talks with Donald Trump, saying the U.S. president must first lift sanctions imposed on Tehran, otherwise a meeting between the two would be a mere photo op.

Hassan Rouhani’s change of heart came a day after Trump said Monday that there’s a “really good chance” the two could meet on their nuclear impasse after a surprise intervention by French President Emmanuel Macron during the G-7 summit to try to bring Washington and Tehran together after decades of conflict.

“Without the U.S.’s withdrawal from sanctions, we will not witness any positive development,” Rouhani said in a televised speech on Tuesday, adding that Washington “holds the key” as to what happens next.

“If someone intends to make it as just a photo op with Rouhani, that is not possible,” he said.

Earlier on Monday, Rouhani expressed readiness to negotiate a way out of the crisis following America’s pullout from the nuclear deal.

“If I knew that going to a meeting and visiting a person would help my country’s development and resolve the problems of the people, I would not miss it,” he had said. “Even if the odds of success are not 90% but are 20% or 10%, we must move ahead with it. We should not miss opportunities.”

Rouhani also shielded his foreign minister, Mohammad Javad Zarif, against criticism from hard-liners over his surprise visit Sunday to France’s Biarritz, where leaders of the Group of Seven rich democracies were meeting.

Macron said he hoped Trump and Rouhani could meet within weeks in hopes of saving the 2015 nuclear deal that Tehran struck with world powers, but which the U.S. unilaterally withdrew from last year. Under the deal, Iran agreed to limit its enrichment of uranium in exchange for the lifting of economic sanctions.

Since the U.S. pullout from the nuclear deal, Iran has lost billions of dollars in business deals allowed by the accord as the U.S. re-imposed and escalated sanctions largely blocking Tehran from selling crude abroad, a crucial source of hard currency for the Islamic Republic.

Rouhani’s U-turn can be seen as a result of pressure from hard-liners in the Iranian establishment who oppose taking a softer tone toward the West.

But it could also reflect that the paradigm of grand photo op summits in exotic locations — such as Trump’s meetings with North Korean leader Kim Jong Un — while stringent sanctions remain in place, does not necessarily appeal to Rouhani, whose signature accomplishment was the nuclear deal, which started unravelling with Trump’s pullout.

The hard-line Javan daily, which is close to Iran’s powerful Revolutionary Guard, warned Rouhani in large font on its Tuesday front page: “Mr. Rouhani, photo diplomacy will not develop the country.”