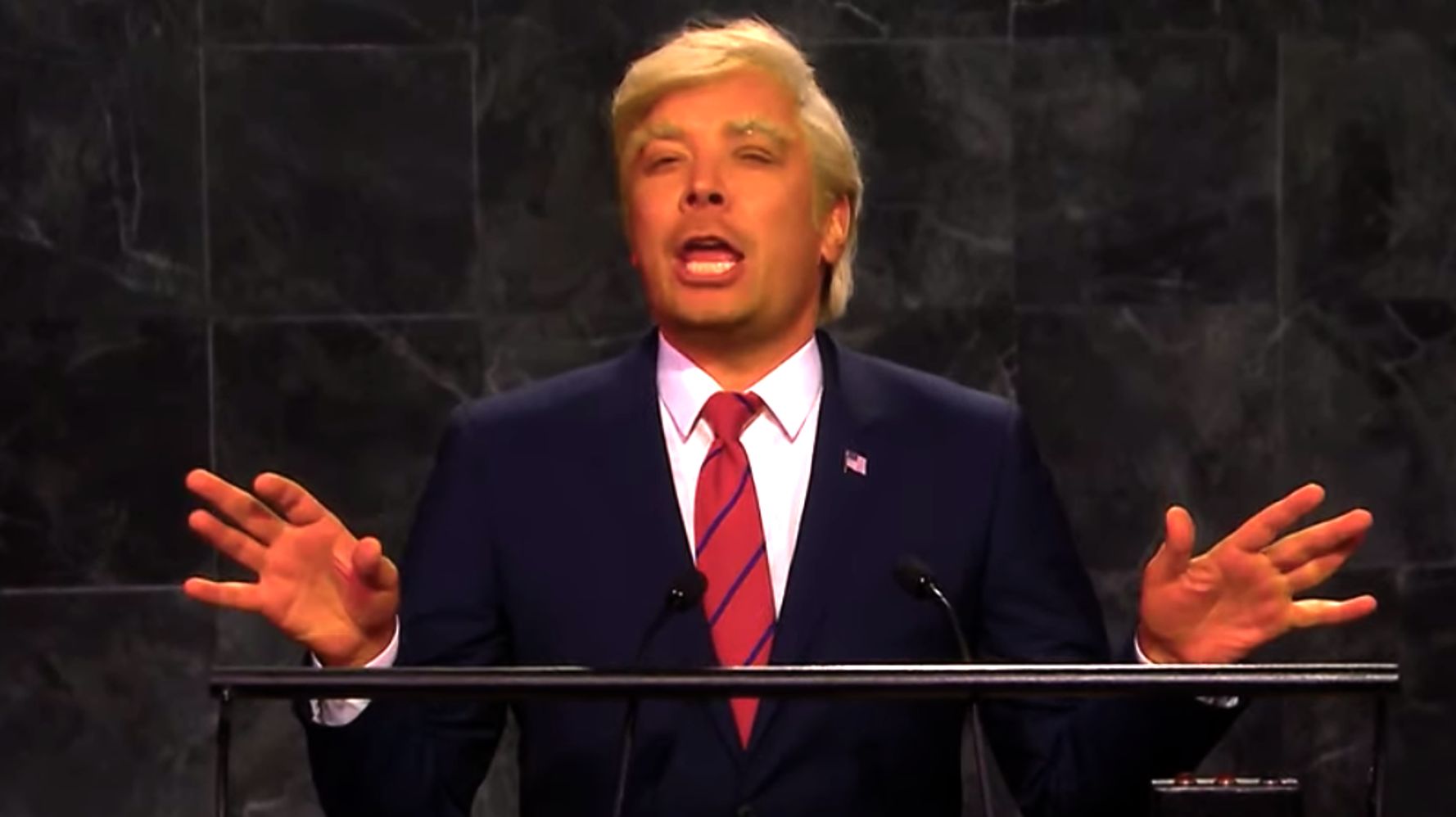 Fallon’s Trump staged an address at the “United Nations,” thanking attendees for gathering with him during the “last four to six hours of my presidency.”

“I guess it’s like the old saying. Collude once, shame on me. Collude twice, why not collude a third time?”

Watch the faux Trump make his U.N. address, fake eyebrows and all, in the clip above.