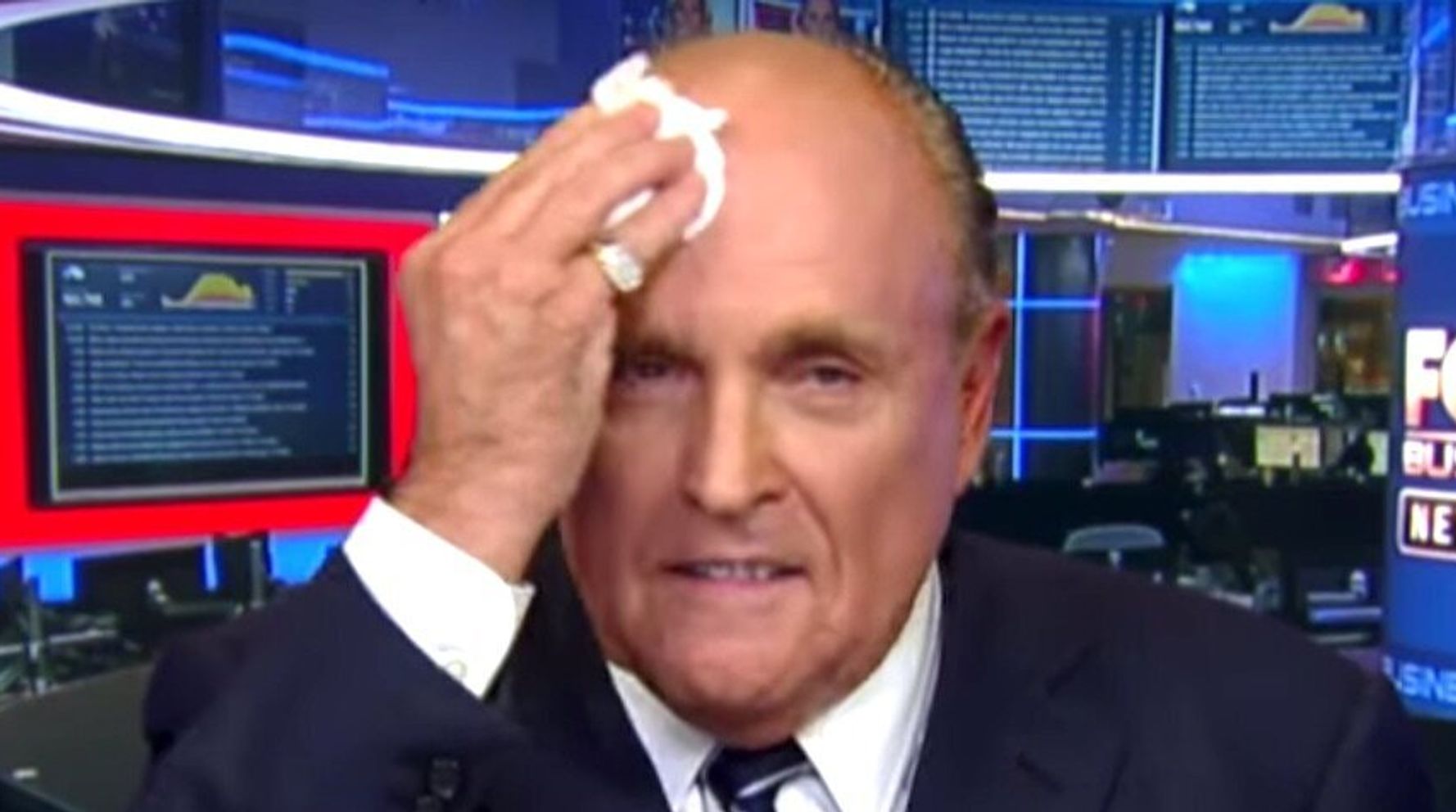 On Tuesday, The Washington Post reported that State Department officials had been scrambling to “piece together” exactly what Giuliani, now Trump’s personal lawyer, was doing with Ukraine. But speaking on Fox News, Giuliani held up a cellphone, waved it around and told host Laura Ingraham that he was working on behalf of the agency, and said his phone records would confirm his contacts.

“You know who I did it at the request of?” he asked. “The State Department. I never talked to a Ukrainian official until the State Department called and asked me to do it. And then I reported every conversation back to them.”

The State Department pushed back after Giuliani made similar claims to Sean Hannity on Monday.

“Mr. Giuliani is a private citizen and acts in a personal capacity as a lawyer for President Trump,” a State Department spokesperson told The Hill. “He does not speak on behalf of the U.S. Government.”

Giuliani grew increasingly animated as he spoke to Ingraham Tuesday. Late in the interview, he wiped sweat off of his face and his voice began to crack:

During a contentious CNN interview last week, Giuliani denied asking Ukraine to investigate Biden, then admitted it, then denied it again ― all in a matter of seconds.

Trump is said to have pressured Ukraine to investigate Biden and his son, Hunter Biden, both during a call to President Volodymyr Zelensky and via Giuliani.

In his latest Fox News, appearance, Giuliani also spun conspiracy theories about billionaire philanthropist and activist George Soros, attacked the FBI and called Biden “intellectually challenged.” Later in the show, he engaged in a shouting match with Democratic commentator Chris Hahn, who accused Giuliani of making things up. Giuliani threatened to sue Hahn for libel, then called him a “moron” and “idiot” and demanded that Fox News cut his audio:

Here’s a clip of Rudy flipping out on Fox News tonight pic.twitter.com/ofIDg7ds8g

See his full interview with Ingraham below: