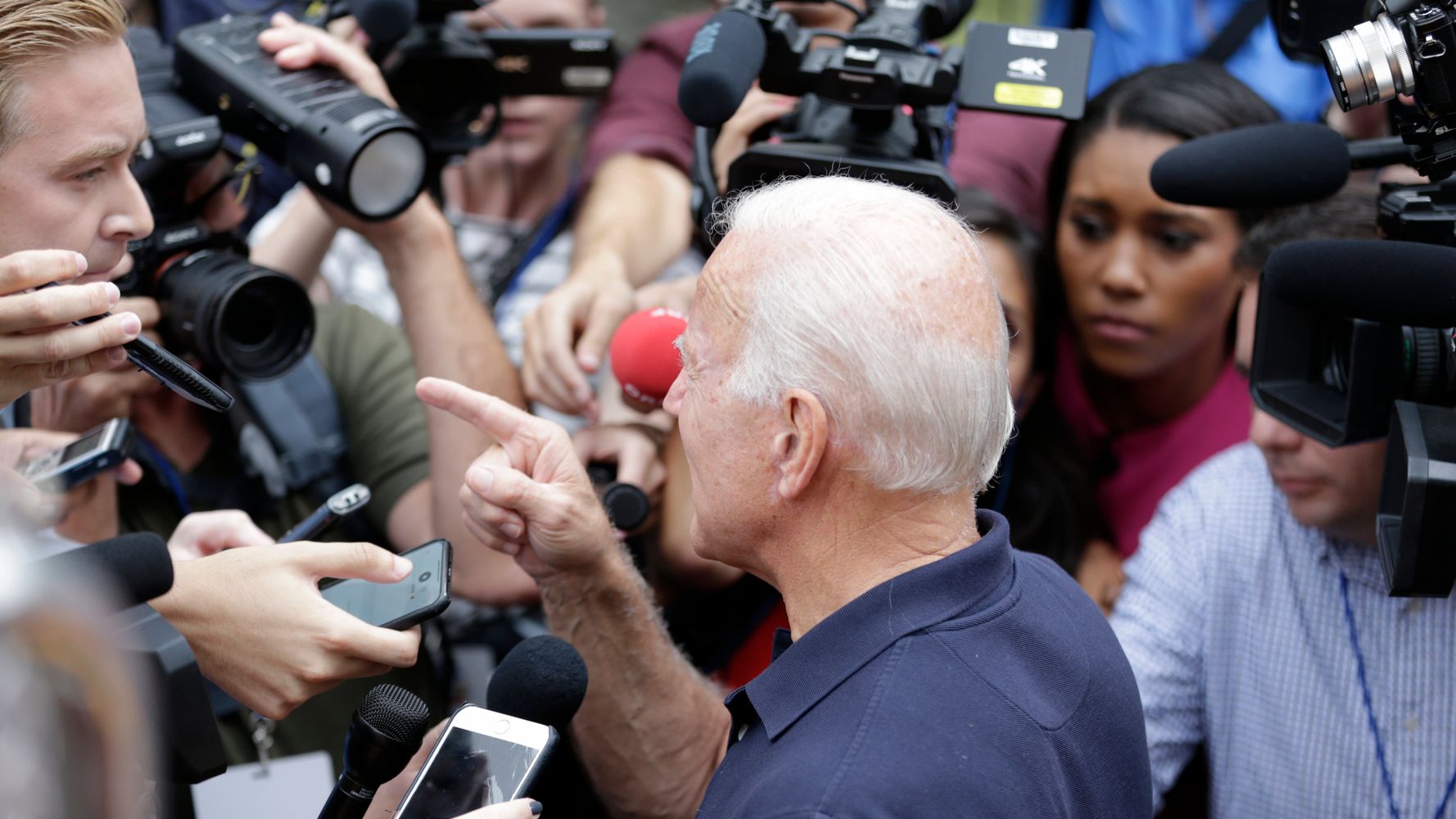 Former Vice President Joe Biden squared off with Fox News on Saturday for giving more attention to his son’s work in Ukraine rather than to reports that President Donald Trump reached out to the country for help securing the 2020 election.

During Biden’s visit to Des Moines, Iowa, Peter Doocy ― whose father anchors “Fox & Friends” ― asked the Democratic candidate how many times he had spoken to Hunter Biden about his business dealings overseas, referring to his role on the board of Burisma Holdings, a Ukrainian energy firm with which he worked from 2014 to April.

The elder Biden replied that he had never spoken with his son on the matter, frustrated that Doocy had even asked the question.

Shifting the focus to the White House, the candidate said Trump “deserves to be investigated” following a whistleblower report that allegedly sounded the alarm on his discussion with Ukrainian President Volodymyr Zelensky.

“He is violating every basic norm of a president. You should be asking him the question ― why is on the phone with a foreign leader, trying to intimidate a foreign leader?”

Continuing, Joe Biden contended Trump’s attempts to raise suspicion over his son’s past are nothing more than political attacks meant to handicap him as Election Day draws near.

“Trump’s doing this because he knows I’ll beat him like a drum, and he’s using the abuse of power and every element of the presidency to try to do something to smear me,” he said. “Everybody looked at this, and everybody’s looked at said there’s nothing there. Ask the right questions!”

Joe Biden gets fired up when Fox News’ Peter Doocy asks him how many times he discussed overseas business dealings with Hunter, insisting that he’s “never spoken” with his son about that before demanding that Doocy “ask the right questions” as it relates to Trump. pic.twitter.com/UU78mddkxC

According to The Wall Street Journal, in July, Trump called Zelensky and asked him about eight times to assist attorney Rudy Giuliani with a probe of Hunter Biden, believing it could bolster his chances at being elected to a second term.

On Aug. 12, a member of the intelligence community filed a complaint raising concerns over Trump’s conversation, The Washington Post reported. The document is now in the hands of Acting Director of National Intelligence Joseph Maguire, who has not yet turned it over to Congress as required by law.

Giuliani has spent months attempting to stir up skepticism over Hunter Biden’s work, which occurred during Joe Biden’s vice presidency when he pushed for the ouster of a Ukrainian prosecutor general heading up an investigation into Burisma. However, Hunter Biden’s position has long been publicly known, there is no evidence Joe Biden was aware of the probe, and Giuliani’s theory remains unfounded.

Meanwhile, a chorus of top Democrats have called for the whistleblower report to be released to Congress, including House Speaker Nancy Pelosi (Calif.), Rep. Adam Schiff (Calif.) and Sen. Dianne Feinstein (Calif.).

Bernie Sanders Reveals The Only Thing He ‘Admires’ About Donald Trump

Mitt Romney: ‘Troubling In The Extreme’ If Trump Asked Ukraine To Investigate Biden