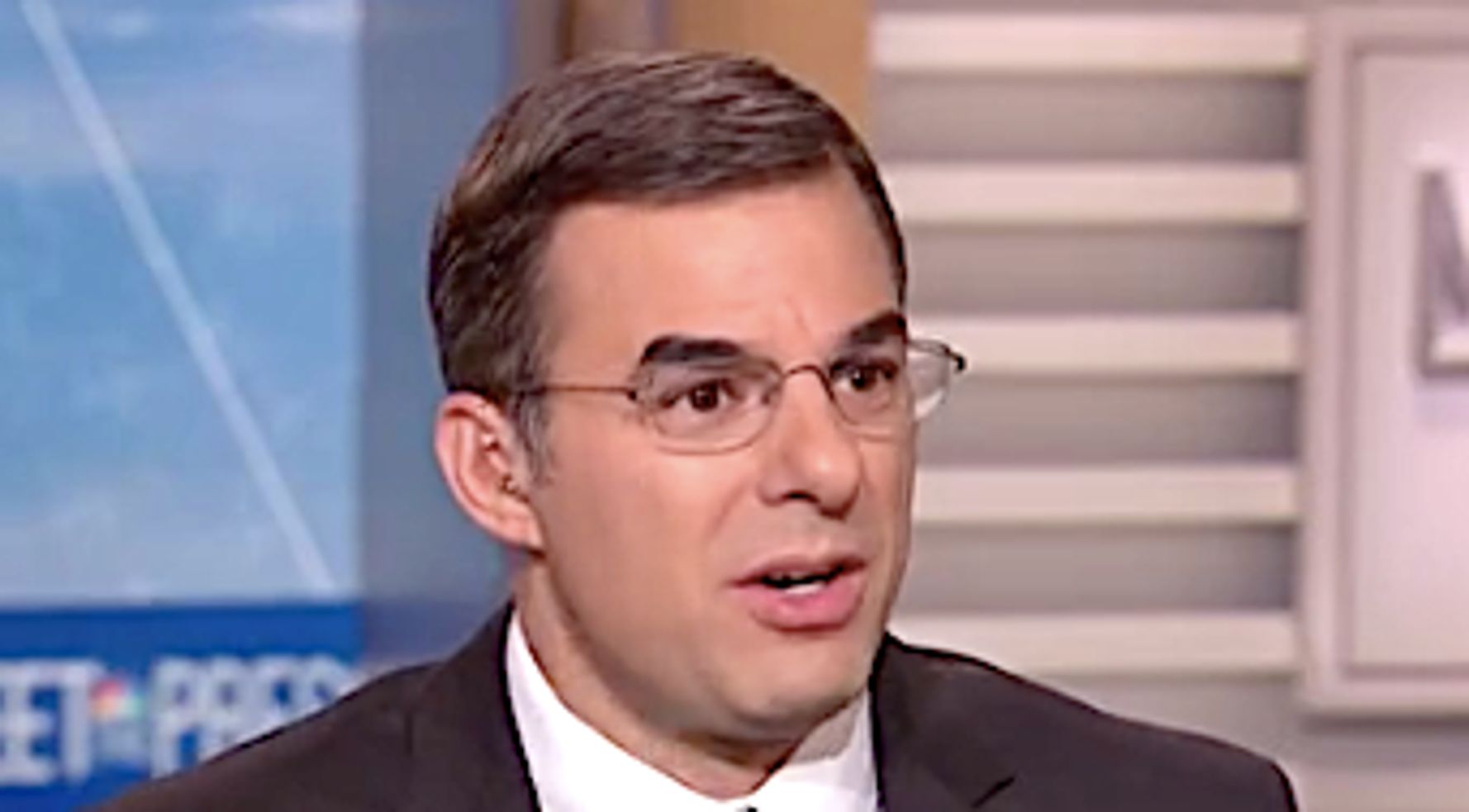 Rep. Justin Amash (I-Mich.) bashed President Donald Trump on Sunday for merely shifting American troops in the Middle East, and not bringing them home as he promised. He’s “using our forces almost as mercenaries,” Amash said on NBC’s “Meet The Press.”

“It’s pretty clear he’s not bringing home the troops. He’s just moving them to other parts of the Middle East,” Amash told Chuck Todd. (Watch the video above.)

Trump’s justification for his controversial decision to pull out troops in Syria and abandon Kurdish allies to a Turkish invasion was to fulfill his promise to “bring our soldiers home.” Instead, he has boosted the number of U.S. forces in Saudi Arabia by 2,800 — and is sending troops from Syria to Iraq.

Defense Secretary Mark Esper announced Saturday that all of the nearly 1,000 U.S. troops being pulled from Syria were being moved to western Iraq to fight ISIS. Trump boasted the following day in a tweet on Sunday: “Bringing soldiers home!” (He also referred to Esper as “Esperanto” before it was later corrected.)

The name of Trump’s Secretary of Defense is Mark Esper. Not Esperanto. pic.twitter.com/LFrNf7zep3

Trump has claimed that Saudi Arabia “has agreed to pay us for everything we’re doing” — just as they would pay for mercenary fighters — suggesting that makes U.S. troop deployment there acceptable. The Trump administration changes in Iraq and Saudi Arabia appear to reveal that more American troops, not fewer, will be deployed in the Middle East.

Amash also criticized Trump for making a radical change in Syria deployment without congressional approval, and without careful consideration and foresight.

“He could have prepared in advance for the obvious consequences” of ceding the Syrian battlefield to the Turks, Amash said. “He certainly knew what Turkey would do, and then he acted surprised that they’re coming in and committing acts of violence. You don’t wait ’til after withdrawing the troops to make a plan to go pressure Turkey to ease up and then call for a ceasefire.”

Amash, who left the Republican Party after he called for Trump’s impeachment following the release of the Mueller report, didn’t rule out running against Trump for the GOP presidential nomination.

“I think I’m very effective in the House,” Amash said. “I think my constituents want an independent congressman. But we do need new voices on the national stage running for national office, including the presidency.”

Trump Considering Leaving Hundreds Of Troops In Syria After All: Report