Trump Considering Leaving Hundreds Of Troops In Syria After All: Report 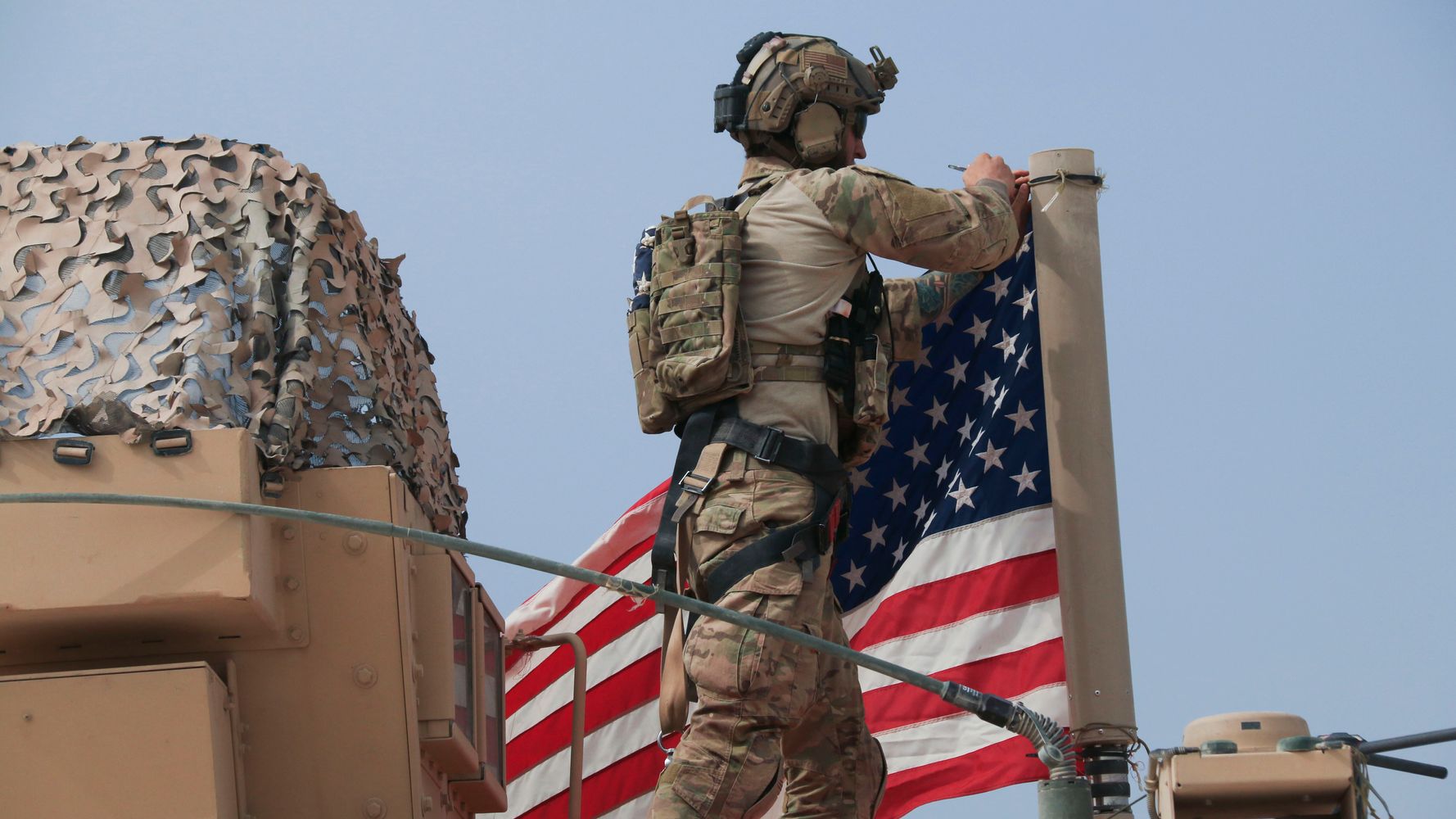 President Donald Trump is said to be weighing a plan to leave hundreds of American troops in eastern Syria, in what would be the administration’s latest foreign policy turnaround in the region, The New York Times reported Sunday.

A senior administration official told the outlet the White House is considering leaving a force of about 200 troops in Syria, likely near the country’s border with Iraq, to combat any resurgence of ISIS and protect the region’s contested oil fields.

The move, if it takes place, would come about a week after Trump ordered all U.S. troops to withdraw from Syria’s border with Turkey and abandon America’s Kurdish allies, effectively handing over control of the area to the Syrian government and its Russian allies.

“The ceasefire is holding up very nicely. There are some minor skirmishes that have ended quickly. New areas being resettled with Kurds. U.S. soldiers are not in combat or ceasefire zone. We have secured the Oil.” Mark Esper, Secretary of Defense. Ending endless wars!

The Times reported that Trump has been mulling the plan for about a week and is in favor of it. His officials argue it doesn’t reflect a policy reversal because the administration always planned to leave the troops in the region.

Trump last year said that ISIS had been defeated and that he would order 2,000 American troops brought home. He later backed away from those plans, instead saying he supported a gradual withdrawal.

Trump has come under a new bout of extreme criticism after he ordered the latest withdrawal following a phone call earlier this month with Turkish President Recep Tayyip Erdogan. The Turkish leader informed Trump that he planned to send his own forces across the Syrian border to create a buffer zone. Erdogan considers the Kurds — who have been allied with the U.S. for years in the fight against ISIS ― a terrorist organization.

Trump said he informed Erdogan he didn’t support the move, threatening punishing economic sanctions, and followed up with a letter, but he ordered American troops to leave anyway.

Tens of thousands of Kurds have been forced to flee the region and many have been killed in the ensuing attacks. Turkey had attacked the region with at least 180 airstrikes as of last week.

Many Democrats and even some of Trump’s staunchest Republican allies have lambasted the U.S. pullout, saying it would could lead to the resurgence of ISIS. Some of those fears have already proven valid after hundreds of ISIS supporters escaped detention in northern Syria.

The U.S. recently reached a short cease-fire deal with Turkey after Vice President Mike Pence and Secretary of State Mike Pompeo traveled to the region. But the negotiations were largely seen as a major policy win for Erdogan.