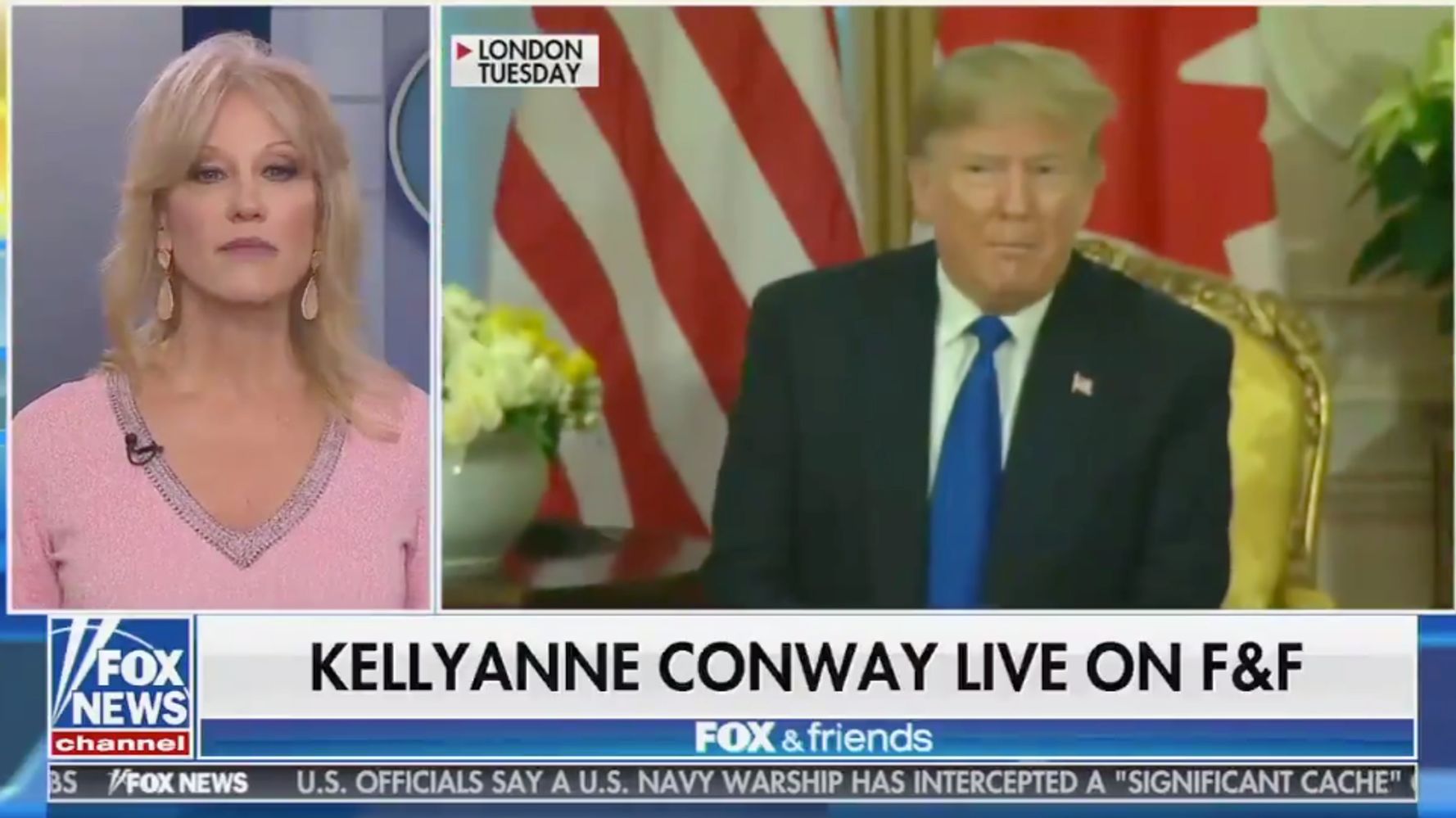 On Thursday, Conway appeared on “Fox & Friends” and was asked by host Brian Kilmeade about where Trump’s relationship stands after the Canadian Broadcasting Corporation released footage on Tuesday featuring Trudeau, British Prime Minister Boris Johnson, French President Emmanuel Macron, Dutch Prime Minister Mark Rutte and a woman who appears to be British royal Princess Anne talking about what seemed to be Trump at a NATO reception.

“Is that why you were late?” Johnson is heard asking Macron. “He was late because he takes a 40-minute press conference off the top,” responds Trudeau.

Trudeau is also heard saying “you just watched his team’s jaws drop to the floor.”

In response to the now-viral video, Conway believes the relationship between Trump and Trudeau “will be the same, because at least President Trump is honest when he’s calling out a foreign leader and the way he feels about them not paying their defense dues to NATO.”

“I thought it was a very [childish], churlish exchange, but they were hardly denouncing the president’s policies. They were hardly denouncing him. People looked at this as they usually do on social media with outsized attention… What was it really about? It was about the fact that President Trump commands a room. And he does and maybe that makes a couple of people jealous.”

Trump would later respond to the offending video during a press conference with German leader Angela Merkel on Wednesday afternoon, calling Trudeau both “two-faced” and “a very nice guy.”