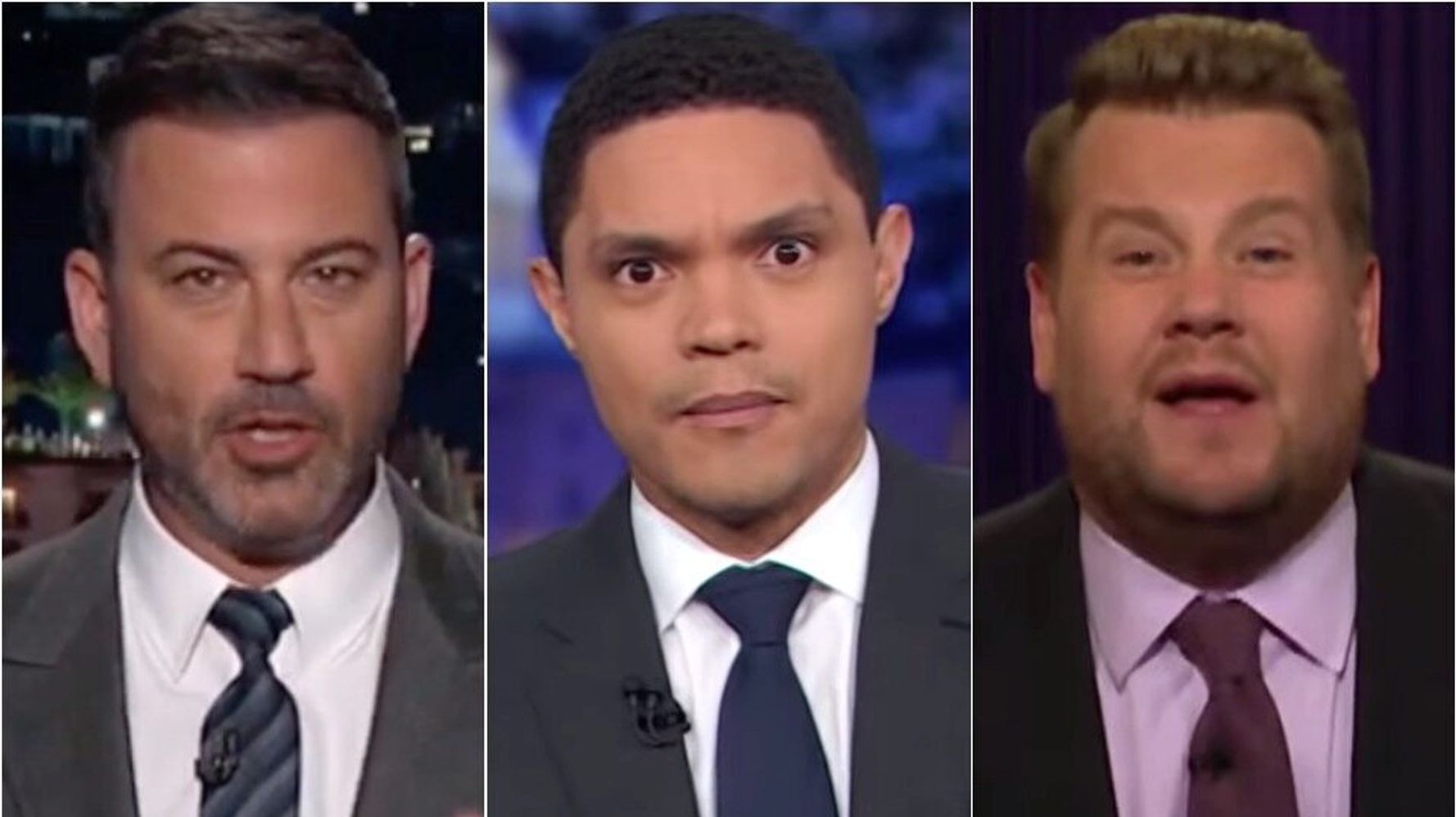 Trevor Noah, Stephen Colbert, Jimmy Kimmel, Seth Meyers and James Corden on Tuesday all riffed on the State Department’s blocking of Gordon Sondland (the U.S. ambassador to the European Union) from giving a deposition before a House panel earlier in the day, and the eight-page letter that the White House sent to House leaders saying it will not cooperate with the inquiry.

“Say what you will, Trump is really hitting his stride when it comes to obstructing justice,” joked “The Late Late Show” host Corden, likening it to “when you’re a kid and your brother goes from ‘I didn’t do anything wrong’ and then suddenly he’s like ‘please don’t tell mom.’”

Check out Corden’s take on the events here:

Stephen Colbert offered up his interpretation on “The Late Show” here:

And see Seth Meyers break down the news on “Late Night” here: