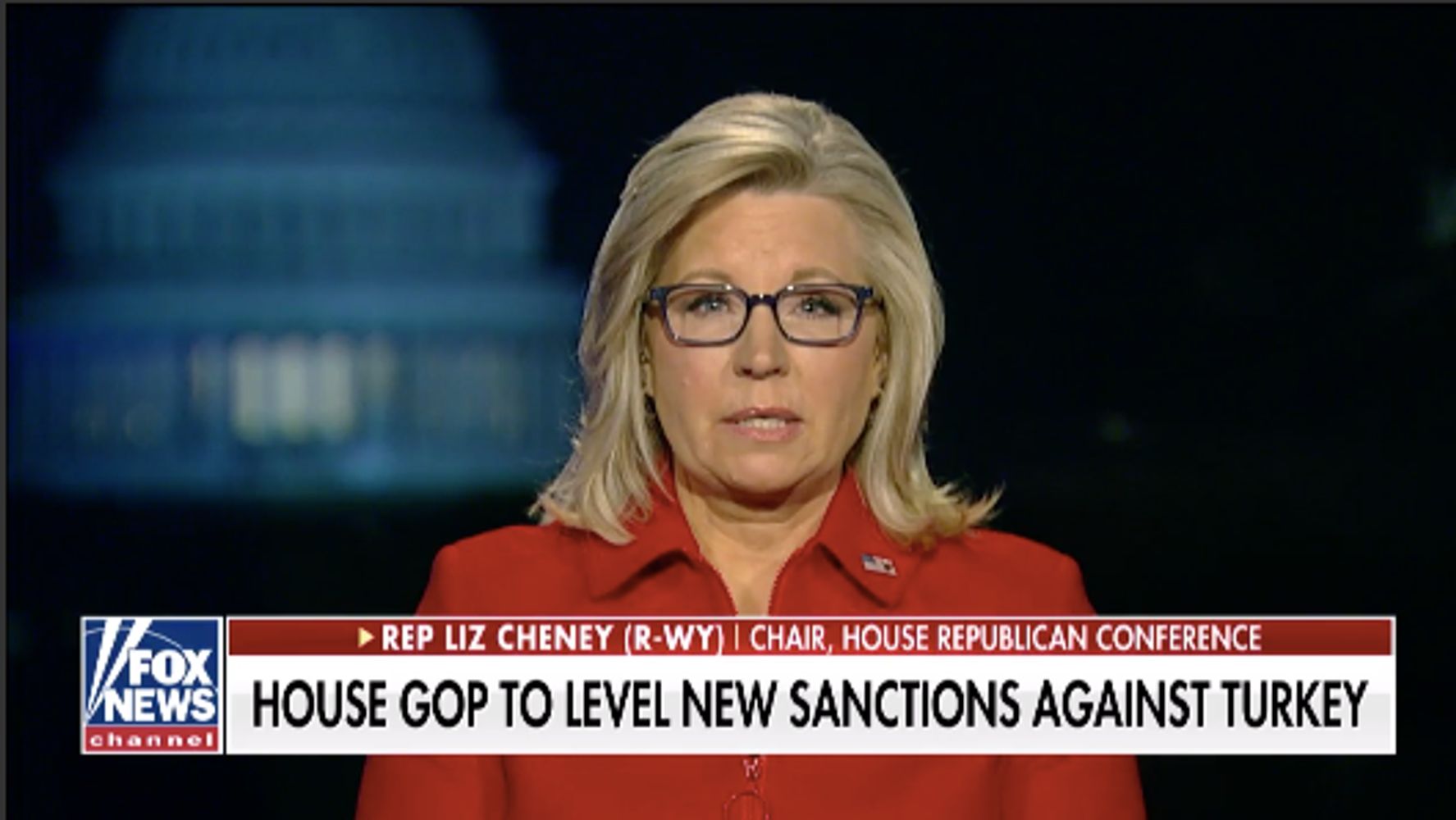 Though Trump has faced bipartisan backlash for withdrawing American troops from the region ahead of the Turkish assault against U.S-allied Kurdish forces, Cheney said Democrats should also be held responsible for the crisis.

“The impeachment proceedings that are going on and what the Democrats are doing themselves to try to weaken this president is part of this,” Cheney said Monday on “Fox & Friends.”

“It was not an accident that the Turks chose this moment to roll across the border,” Cheney added. “And I think the Democrats have got to pay very careful attention to the damage that they’re doing with impeachment proceedings.”

[email protected] says that Turkey decided to attack the Kurds base on the Democrats starting impeachment proceedings. The Democrats don’t have control over Trump’s decision to withdraw military from the region. pic.twitter.com/1ANgViU1T8

A spokesman for House Speaker Nancy Pelosi (D-Calif.), who launched the impeachment inquiry into Trump last month over his dealings with Ukraine, called Cheney’s theory “delusional.”

“There is strong bipartisan opposition to the President’s decision to let Turkey bomb Northern Syria and effectively unleash ISIS,” a spokesperson for Pelosi told HuffPost in a statement. “No delusional talking point can change that fact.”

Turkey launched an incursion on Thursday against the Kurdish-led Syrian Democratic Forces, the main U.S. ally in the fight against ISIS in Syria, days after Trump announced the U.S. was withdrawing its forces in the region.

Over 130,000 people have been displaced and hundreds of ISIS supporters have escaped as Turkish-led forces have targeted Syrian border towns held by Kurdish militia. Turkish-backed Arab fighters have killed several Kurdish captives as well as Hervin Khalaf, the head of a Kurdish political party.

Foreign policy experts say Trump’s decision to abandon the Kurds is immoral and a threat to U.S national security.

Defense Secretary Mark Esper said Sunday that the U.S. tried to “dissuade” Turkey from attacking the Kurds, but Trump has repeatedly stated he’s OK with the opposing forces fighting.

“The Kurds and Turkey have been fighting for many years,” Trump tweeted Sunday. “Others may want to come in and fight for one side or the other. Let them!”

Though Republicans quickly pushed back on Trump’s moves, which essentially greenlighted Turkey’s invasion, some have begun to retreat in their criticism of the president.

Sen. Lindsey Graham (R-S.C.), normally a Trump supporter who was among the most vocal critics of the U.S. withdrawal, went easy on the president during an appearance Monday on “Fox & Friends.”

“I blame Turkey,” Graham said. ”[Turkish President Recep Tayyip Erdoğan] made the biggest mistake of his political life. The president has tried to hold this together.”

Cheney and Graham are spearheading a bipartisan push for sanctions against Turkey as the country’s military assault against the Kurds intensifies. Graham said he is set to meet with Trump to discuss the sanctions Monday afternoon.

“We’re going to crush Erdogan until he stops the bloodshed,” Graham said.