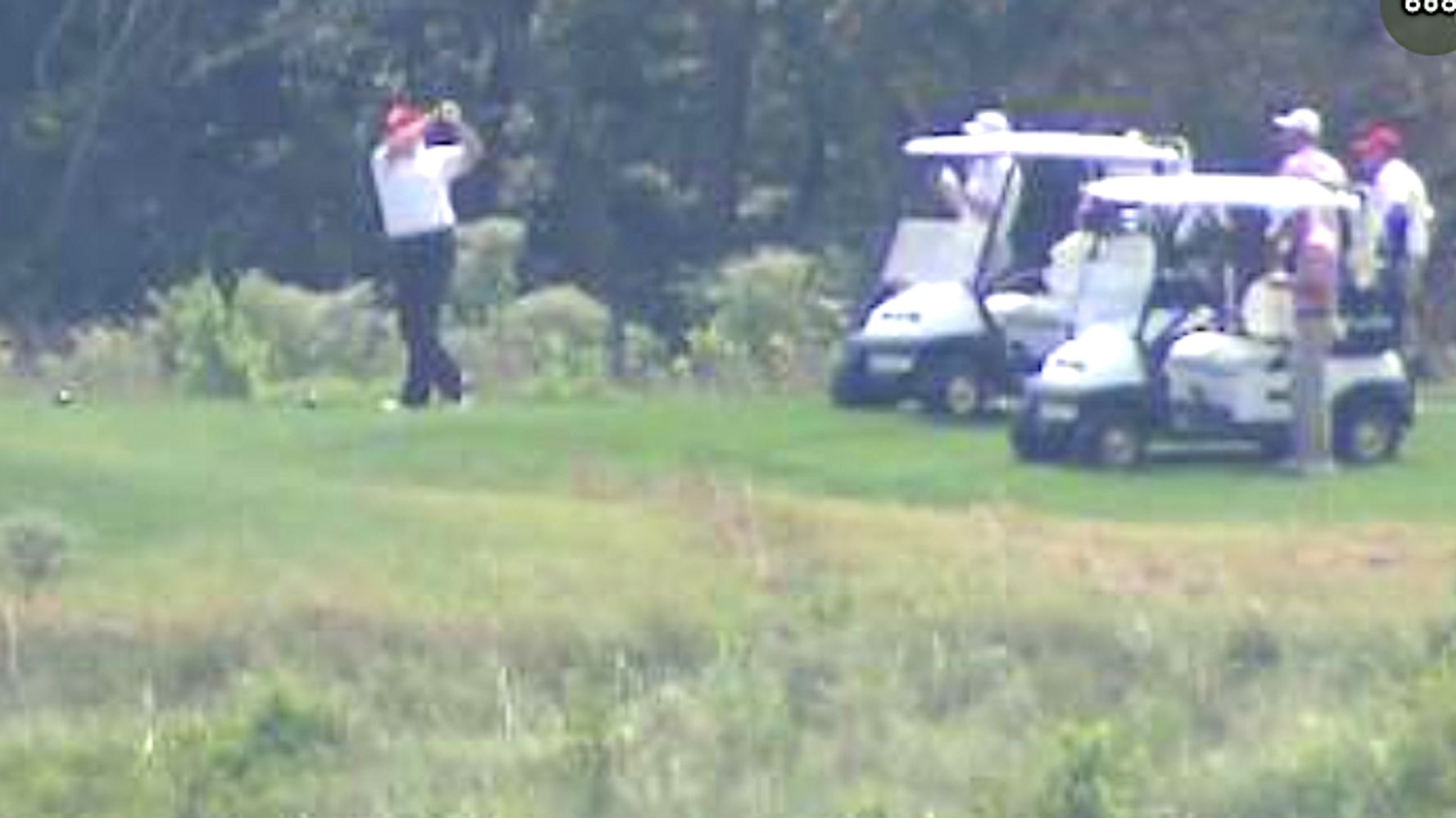 London Mayor Sadiq Khan took a swipe at Donald Trump for apparently playing golf despite claiming he would be monitoring the devastating Hurricane Dorian.

“He’s clearly busy dealing with a hurricane out on the golf course,” Khan noted sarcastically in an interview Sunday with Politico.

The two men have clashed since 2016, when Trump first floated the idea of banning Muslims from entering the U.S. (Khan is Muslim). The mayor called the U.S. president the “global poster boy for white nationalism” in an Observer article, and Trump has called him a “stone-cold loser.”

Trump canceled his planned trip to Poland at the last minute on Thursday to be ready to direct the federal response to Hurricane Dorian, he said. But he spent hours at one of his golf courses on Saturday — and again on Monday.

The president gave the impression when he left the White House on Friday for Labor Day weekend that he would be hunkered down at Camp David for the duration of the hurricane. But reporters caught Trump flying back and forth by helicopter from the presidential retreat in Maryland to his links at the Trump National Golf Club in Sterling, Virginia. The president arrived at the Virginia course at 10:10 on Monday morning and left at 2:15, according to press pool reports.

The White House has been cagey about Trump’s exact use of his time over the holiday weekend. White House press secretary Stephanie Grisham insisted that Trump received Dorian updates “every hour.”

He excoriated his predecessor for golfing then skipped out on Poland’s World War Two commemoration and US oversight of the deadly #Dorian hurricane to *checks notes* go golfing at his own property.
Tell me again how this makes America great … pic.twitter.com/adW6M1BpKz

As his motorcade left the golf club, chanting protesters outside waved signs saying “Impeach,” “Jail Trump,” “Stop the Donald” and “rat-infested Trump family reunion,” according to a pool report.

Critics have suggested Trump is more worried about Hurricane Dorian as it approaches Florida because it could threaten his Mar-a-Lago property. He repeatedly grilled officials from the Federal Emergency Management Agency at a briefing on Sunday about the predicted storm path in Florida, where his resort is located.

Hurricane Dorian might not have been Trump’s only consideration in skipping the Poland trip to mark the 80th anniversary of the start of World War II. Polish President Andrzej Duda criticized foreign leaders at a ceremony on Sunday for being too soft on Russian President Vladimir Putin in the wake of Moscow’s aggression in Georgia and Ukraine. He indicated that Russia’s “imperialism” smacked of the Nazis’ land grabs.

Trump clashed with world leaders at the G-7 summit last week as he battled to have Russia reinstated as a member of the group of major industrial nations.

Duda spoke out against the idea of a G-7 rapprochement with Russia on Monday, Agence France Presse reported.

“Should we have a business-as-usual approach toward Russia? … I believe that we cannot under the current circumstances,” Duda told reporters at a joint press conference with visiting Vice President Mike Pence, who had traveled to Poland in Trump’s stead.

CNN’s Jim Acosta reported that while Trump was on the links in Virginia, Pence traveled to Trump’s course in Ireland.

Both Trump and Pence are at Trump properties at this moment on Labor Day. Trump is at his golf course in VA while Pence is staying at a Trump golf course in Ireland, per pool. (CNN photo below) pic.twitter.com/QDcCAcWXmf